Crises can lead to new opportunities

Crises can have a positive outcome for companies. When they see the challenges and changes in the environment as a new normal, they can use it as an opportunity to engage in more ambitious innovation efforts. 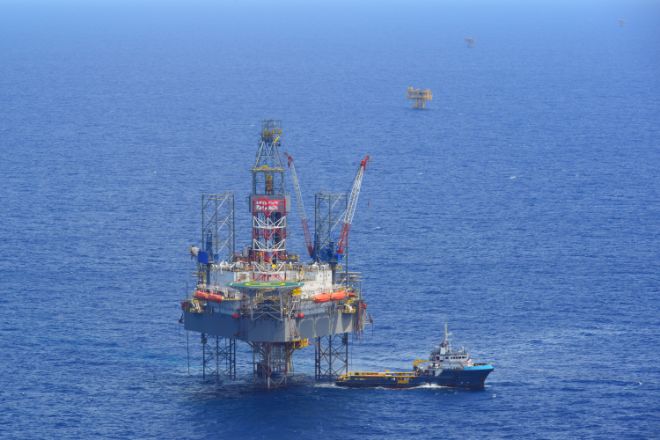 - The crisis in the oil and gas industry probably facilitated innovation that would not have occurred without the downturn, says Jakoba Sraml Gonzalez. Illustration photo: Colourbox

That was what Jakoba Sraml Gonzalez found when she studied the crisis in the Norwegian oil and gas industry in her PhD project at the Centre for Technology, Innovation and Culture at UiO. The downturn in the oil and gas industry started in the second half of 2014 after oil prices dropped significantly, and lasted until late 2017.

- Crises can reshape or change the rules of the game. This takes time to realize. During the crisis in the oil and gas industry, the situation was so uncertain that many didn’t see it as a new opportunity. In hindsight, this is easier to see, she says.

Even though they might not have realized it at the time, many of the suppliers used the opportunity to turn the downturn into something positive.

Opened up for creativity

During the crisis in the oil and gas industry, the suppliers had to cut costs. After a while, when they started seeing the downturn as persistent, they realized that they also had to change their whole work process. Their existing modes of working with innovation were difficult to sustain.

- This opened up the space for new types of thinking. They started coming up with new innovative ways of engineering, rethinking the products they produced or solutions they offered, Sraml Gonzalez says.

Thus, the crises probably facilitated innovation that would not have occurred without the downturn.

One would think that economic crises would put constrains on the creativity in companies. Sraml Gonzalez found that the companies in the first phase of the downturn usually went into a crunch, merely wanting to survive. With less demand, less revenues and less resources, they had to cut costs. In the beginning, there was a lot of uncertainty. They didn’t know if the crisis would persist, and they were afraid of letting go of the wrong people. In the beginning they were eager to keep their cards open, but they didn’t know what the future would bring. Eventually, they had to make some difficult choices.

Softer ways of evaluating the situation

When Sraml Gonzalez interviewed company managers and engineers during the first phase of the downturn, she found that their responses were very “human”.

- This surprised me. When they didn’t know what was going on, they got confused, started questioning things and stopped relying on existing routines. They really contemplated what was going on and made their own interpretation of the situation, she says.

This entailed that they didn’t evaluate the situation solely based on hard facts. Softer ways of looking at the situation could be to interpret the behavior of their buyers. This could challenge the way they initially saw the situation, spur creativity and help them design new strategies.

- Don’t go back to old habits

The companies she looked at were upstream oil and gas suppliers. She doesn’t want to generalize from her findings, as this is a volatile industry with fluctuating prices, and the industry was in a special situation, booming right before the crises. Still, she thinks the results can give some indications for other industries, especially industries based on natural resources. And for the oil and gas suppliers in particular, her advice is that they don’t go back to their old habits.

- It is very easy to repeat what they did during the last boom. I suggest that they collect the lessons they have learned as part of their innovation strategy, and don’t make the changes reversible. One specific change they should hold onto, is to keep considering how they make money from the technological solutions they develop. Before the crisis they often came up with new technology without buyers. Now they are more aware of the value capture aspect of their innovation strategies and ask themselves how they will make money on the new products.

Sraml Gonzalez’ has analyzed the innovation activities of a group of suppliers to the upstream oil and gas industry on the Norwegian continental shelf during the industry downturn that occurred between mid-2014 and late 2017. Her PhD was part of the SIVAC project (Supplier Industry and Value Creation), studying the Norwegian petroleum-related supply industry and its impact on innovation in the oil and gas sector and value creation in the Norwegian economy. On October 18 there will be a book launch in the project. The book “Petroleum Industry Transformations: Lessons from Norway and Beyond” looks at the development of the Norwegian supplier industry for the last 15 years.

González is continuing her research on the topic in the new project Globoil, which studies how Norwegian upstream oil and gas suppliers are adapting their production strategy, supply chains and innovative capabilities to the demands of recent development in global manufacturing.

By Laila Borge
E-mail this page