People feel safe in their own kitchen

The responsibility for kitchen hygiene has been delegated to ready meals and kitchen equipment.

Your kitchen is so hazardous. It’s a bacteria bomb. We read these headlines all the time in newspapers and magazines.

Although food safety experts warn us of the risk of becoming seriously ill from the food in our homes, studies show that most people feel very safe in their own kitchen.

“Very few people report that the food they’ve made at home has made them ill,” says Eivind Jacobsen, a researcher at the National Institute for Consumer Research.

In other words, the man in the street and the experts view the hazards of the kitchen with very different eyes.

What can be the reason for this discrepancy? That is what Jacobsen wanted to explore in more detail.

He therefore visited 15 families in the Oslo area in their homes, filmed them while they prepared dinner, and interviewed them on what they think about food safety. During the same period he contacted researchers and experts on food safety, joining them in the laboratory and reading their analyses. This gave him a picture of what researchers are doing to gain an understanding of what takes place in the kitchens of ordinary people.

Finally he asked the question ‘What is the connection between the perceptions of ordinary people and those of experts regarding kitchen hygiene?’

Put another way: ‘How is experts’ knowledge of food safety seen in everyday cooking, and how are the perceptions of everyday life seen in scientific practices?’

The result is summarized in the thesis ‘Dangerous liaisons. Domestic food safety practices’ which forms part of a large-scale research project at the National Institute for Consumer Research and the food research institute Nofima. He will defend his thesis at the TIK Centre for Technology, Innovation and Culture, University of Oslo, on 22 May.

Jacobsen tells us that most ‘ordinary people’ have some knowledge of food safety.

“In general they know what’s good food and what’s bad, what’s healthy and what’s safe. And it’s quite clear that everybody follows certain rules for how to behave in the kitchen,” says Jacobsen, and continues “For example they may have special boards for cutting chicken on.”

Even though these rules vary somewhat, Jacobsen tells us that overall the same basic principles are followed. However, what is equally interesting in his view is how food safety is secured through the gadgets we surround ourselves with. 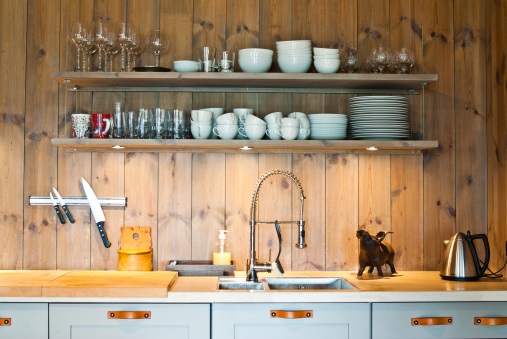 People's attitudes to the risk of bacteria in their own Kitchen is more relaxed than experts indicate.(Photo: colourbox.com)

Machines with a housewife’s knowledge

“The responsibility for food hygiene has to a large extent been delegated to kitchen appliances,” he says, and gives us some examples. “We have a fridge that makes sure food is kept at the right temperature. We have dishwashers that wash up better than even the best housewife could manage to, and the surfaces of our tables and worktops are so shiny that they almost shout ‘Clean me!’ when they’re dirty.”

In addition we can buy food with a shelf-life that is safeguarded by preservatives, lettuce that is ready to eat and properly washed, or food whose packaging tells us how it is to be treated.

“We could say that the housewife’s knowledge has been embodied in the equipment and gadgets we make use of.”

He is of the view that food safety experts’ knowledge is thus infiltrating ordinary people’s kitchens through ready meals and the kitchen equipment we surround ourselves with.

A lot functions on autopilot

In his thesis Jacobsen has examined more closely the interaction between people and the gadgets they have at their disposal in the kitchen.

“We can see that kitchen equipment and appliances set the premises for how we act and behave. I use the motto of the ‘night owls’ who patrol the city’s streets at night: ‘We were there when it didn’t happen’. A lot of jobs are performed without us doing anything particular to accomplish them,” he says.

He believes that people’s role is primarily to make the adaptations and corrections that are needed. We put things in the fridge, check that the food mixer is behaving as it should, and adjust the temperature in the oven.

“The films I made in the different homes portray the interaction between people and their appliances as a choreographed dance,” he tells us, and adds that the films also make it quite obvious that a lot of our behaviour in the kitchen functions on autopilot.

“We have the knowledge at our fingertips as much as in our heads.” He gives us an example: “One of the people I visited nudged the meat with a spatula. He could tell from the consistency whether it was ready or not. Another example is that I have tried in vain to get hold of the recipe for my grandmother’s meat balls but she hasn’t been able to give it to me. Not because she won’t, but because the recipe is in her hands rather than her head.”

The heart of the home 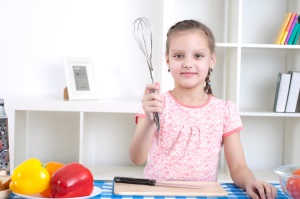 Jacobsen has also studied the role the kitchen plays in people’s homes. For almost all families the kitchen is an all-purpose room and the heart of the home: we eat there, work there, children do their homework there, and the cat has its litter tray there.

“The kitchen is mainly a social space – a room where the actual idea of the family is nurtured,” he says.

Jacobsen tells us that the kitchens he visited were strikingly homely. They did not give the impression of being work rooms, but their purpose was clearly one of creating togetherness.

“The kitchen of today is far more than just a work room for a housewife, as it was in the 1950s.”

And he adds that the kitchen was then the housewife’s workplace, and ideally the domain of a skilled worker.

The change is highlighted by the fact that many people today have open-plan kitchens. He reports that 15 per cent have completely open solutions, while 28 per cent are semi-open.

“There are many reasons for the increase in the number of open-plan kitchens – for example a lot of the housing in town is currently very small. But the effect of this is that the skilled workers in the kitchen are no longer screened from view,” he says.

In Jacobsen’s opinion, the view of the kitchen as the heart of the home may also be one of the reasons most people and food safety experts have fundamentally different perceptions of how hazardous the kitchen is.

“As the heart of the home, the kitchen must almost by definition be safe.”

Jacobsen’s view is that it is essential to take both realities seriously – the researcher’s and that of ordinary people – to allow us to develop better food safety. And he maintains that we must not least understand how the two realities act in coordination.

“These two realities function in interaction. You could say they’re positioned as layers. They are in constant dialogue with each other regarding the development of the physical kitchen and the design of the products,” he says.

“And the design of the products is partly based on the fact that the responsibility for food safety is delegated to the standard of the equipment and the list of ingredients in pre-prepared foods.”

Eivind Jacobsen is employed by SIFO, National Institute for Consumer Research, and was a ph.d candidate at TIK Centre for Technology, innovation and culture.

Technology, innovation and knowledge (only in Norwegian)

Society, Science and Technology in Europe (only in Norwegian)