A world unique event has occurred in Sweden: Agreement between municipalities and the responsible nuclear company on how to handle nuclear waste. 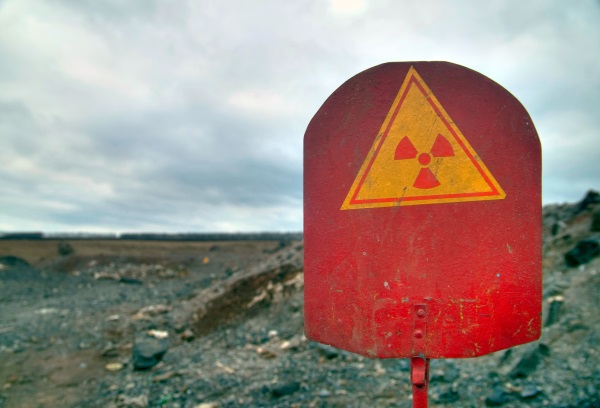 The consensus in Sweden is assessed as a great success and a world unique event. This is unsurprising, because agreement between experts and laypeople on how to handle nuclear waste tends to be a mission impossible. Unfortunately, studies of how this concensus was made has unearthed som disturbing indications.

Professor Göran Sundqvist at the Centre for Technology, Innovation and Culture at the University of Oslo is currently working on this as a part of the European research project InSOTEC; International Socio-Technical Challenges.InSOTEC´s intentions are to explore the relationship between the social challenges and the technological challenges with regard to radioactive waste management.

The Swedish solution is said to be a success, but not for innovation nor for democracy, argues Sundqvist. Who, then, is shaping the illusion of geological storage of nuclear waste as a success? And what are the implications? InSOTEC’s main focus is how, and on whose terms, the consensus and technological lock-in are being created. The research project aims to open up the ‘black boxes’ of technical solutions, to better understand how  the assumptions and the un-negotiated lock-ins are being socio-technically created.

The swedish solution is a success, but not for innovation nor Democracy

In March 2011, the Swedish Nuclear Fuel and Waste Management Company (SKB) applied to government authorities for permission to start the construction of a repository for spent nuclear fuel. Backed up by a great amount of scientific research, the SKB presents a technical solution in which the spent fuel is encapsulated in copper canisters and stored several hundred meters underground.

In theory – a fair and clear storing method. In practice – a highly problematic and controversial way of dealing with the radwaste.

There is a risk that copper could corrode in the deep bedrock, and thereby potentially disperse to the human environment. For that reason, this is no longer just a technocratic affair.It is a highly public concern.  However, by presenting the cylinders as robust and secure technical devices, SKB aims to create a technological consensus and prevent public uncertainties. In other words; The copper cylinder became a materialization of the socio-technical challenge .

Implementing geological radwaste thus seizes a twofold challenge: On one hand, SKB and the Government needs the approval of the public laypeople in order to follow the agreement and plans made between the company and the municipality to start constructing the repository. On the other hand, they are facing technological challenges regarding the threat of corrosions of the copper canisters, which also raises disagreement among experts. The combination of these challenges is what shapes the sociotechnical conflict; the division between (democratic) laypeople and (technocratic) experts. 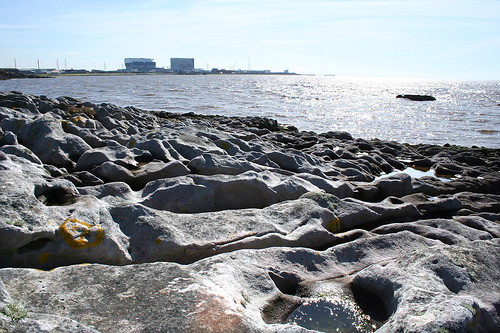 The negotiation process between lay knowledge and expertise in the inSOTEC-project illuminates a paradox. The underground storages necessitate geographical interventions, which means citizens will be affected. This creates the need for an including democratic process. The repository needs to be localized somewhere, at a concrete site where people are living. To establish agreement for storing radwaste, there must be an approval from the non-technical local part of society.

As highlighted in the InSOTEC project, the way people become involved and the way consensus are made is not done on equal socio-technical terms; the public is invited to debate and discuss, but the technical concept remains stable, as something non-negotiable. The people are only supposedly included in the decision processes. Then, what is this involvement about? How can they participate and which role do they play in forging a technologic solution?

The involvement of laypeople  did not mean more democracy nor innovation, but rather a limited kind of involvement.

It is a matter of getting people to speak in order to silence them more effectively, instead of flushing out the unexpected in what is said in order to give it weight (Callon 2009).

With this Callon states that a public debate exists, but it is not actually taken into account. The lay people’s involvement gets the function as more of an external social safety valve than as a voice that actually gets ear in the techno-political negotiation process.

Thus, the laypeople are only included considering issues surrounding “the technical”, such as the local infrastructure, job opportunities and population growth. The local community is being included to evaluate possible spin-offs and benefits from the nuclear waste management. But the technical solution to the waste storage remains non-discussable, non-questioned and set.

The lay people involvement and participation only considers the surrounding issues, andnot the technical solution itself. The technical solution is assumed to be set and this leads to poor innovation and an illusion of democracy. p. The stated democratic process does not involve, evolve, nor dive into the actual technological decisions being taken.

Is geological disposal a good solution? Is the copper canister safe enough? Should we produce more radioactive waste?

The desired state for SKB is stability, thus change and social uncertainty is a threat to the prominent role of technical experts working in isolation from society. This causes the technological development to stagnate, and the result is that further innovation and alternative knowledge building is obstructed. Poor innovation and poor democracy is thereby considered a success. How is this possible? The Swedish case is considered a success because it somehow has reached a consensus, a technical concept that has been stabilized and not questioned for decades.

Opening up the black box

If we are to reach an attainable future consensus for handling radwaste, technological conflicts must be opened up for a more balanced dialogue and more symmetrical involvement of technical experts, local politicians and lay people.

InSOTEC highlights crucial aspects of how conflicts have the potential of becoming productive through the complex interplay between the technical and the social if they are taken care of in a good way and not denied. Technological expertise, political interests and social aspects cannot be treated separately, but must be taken into account as highly reciprocal and interdependent aspects. Thereby, democratizing nuclear waste policies means opening up the decision processes for more actors. This means daring to flush out the unexpected in what is said in order to actually give it weight, to paraphrase Callon.

Public participation can be a fruitful way to make conflicts productive and negotiable. Opening up the black box of radwaste means treating lay-knowledge and expertise to the same metric.

The co-production of technical and social elements needs to be taken into consideration if one is to fully grasp how consensus concerning geological disposal are being reached. Protests and questions from technical experts, as well as public opinions concerns should be taken into account. And it is precisely such a holistic socio-technical interaction platform - where public groups are included during the whole decision making process - Professor Sundqvist and his colleagues request in the InSOTEC project.

By Teknovatøren
E-mail this page

Masters programme in Science, Society and Technology in Europe (ESST)