What do we do in the face of an ecological crisis? 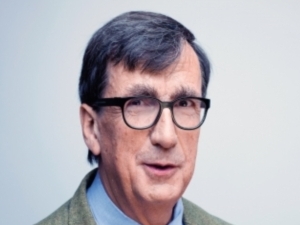 These are some of the questions asked by Bruno Latour, regarded by many as one of the most important thinkers of our time, when he comes to the University of Oslo and the Faculty of Social Sciences to hold this year’s Eilert Sundt Lecture on the 1st of November. In recent years Latour has been concerned with ecology and how our understanding of nature can be a hindrance for political action when faced with the environmental crisis we are now experiencing.

In a recent interview with newspaper The Hindu, Latour said:

“My interest is that there is a disconnect between the science and the size of the threat that people mention about Nature, the planet and the climate and the emotion that this triggers. So we are supposed to be extremely frightened people, but despite that we appear to sleep pretty well. So either the threat is not that strong, or we have not built the kind of emotion we have built for war, for religious conflict and all sorts of other issues which make us very emotive.”

Previously nature was something wonderful and sublime. We loved to feel small when compared to nature, says Latour, and uses the worship of nature by the poet Shelley as an example of this kind of reverential detachment from nature.

“But what has become of the sublime lately, now that we are invited to consider another disconnect, this time between, on one side, our gigantic actions as humans, I mean as collected humans, and, on the other side, our complete lack of a grasp on what we have collectively done?”  - he argued recently in London-

“How can you recognise the sublime when you look at for example a waterfall- but now with the nagging feeling that it might stop falling, flowing. How to feel the sublime when guilt is gnawing at your guts? And gnawing in a new unexpected way because of course I am not responsible, and neither are you, you, nor you. No one in isolation is responsible”

In the academic community Latour is perhaps best known for being a central figure in the development of the actor-network theory during the 1980`s and 90`s. Many look at this theory as an effective theoretical paradigm which is in use across the social sciences.

The politics of nature

In recent years Latour has been concerned with how nature and politics, which in western society has been thought to be disconnected, is interwoven. In his book Politics of Nature: How to Bring Sciences into Democracy (2004) he makes an argument that what we understand as “nature” is a political order. As Latour said recently to The Hindu:

“On governments the question becomes complicated because we are now talking about the politics of Nature and that's a rather new quandary. Nature was not supposed to be part of anything — it was supposed to be out there. Not in the ancient tradition where there was no separation to begin with between Nature and society but now, when we have returned to a most interesting position, where Nature is back in politics. However, Nature is not able to unify the discussion so far because people are entering into controversies about Nature. And these controversies cannot be quashed by saying — you are not a scientist or you are not the government or from the West or whatever, and this is a very new arena for politics as well as for scientists and citizens. And that is the new area I am trying to map, so to speak. But no one has answers for that. No one has ever had to bring the climate into parliament!”

So what do we call this new epoch we have entered? Latour calls it “anthropocene.” This is the term geologists have introduced to characterise our geological period, where mankind has begun to set their marks on the earth. Geologists still discuss whether the anthropocene age has already begun, but the academic community is agreed that human activity is in the process of setting indelible marks in the earth`s geology. The term illustrates Latour`s point in a striking way: When the consequences of human politics are apparent even in the planet, the separation between nature and politics is no longer appropriate.

Or, as Latour says:

"All which was symbolic, we must now take literally. Cultures used to shape the world symbolically, but now they do it for good."

By Gro Stueland Skorpen, translation to English by Graham Nisbet
E-mail this page

Title:
Terrains against humans at the time of the anthropocene

More about the lecture