There is scarce knowledge about how youths born of mothers who used multiple drugs during pregnancy. 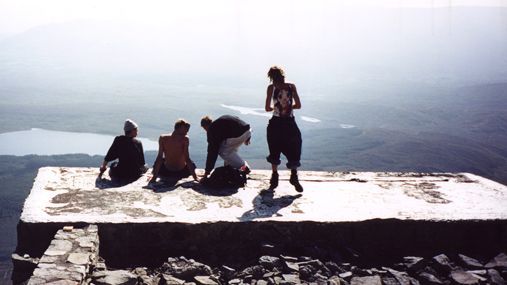 There are no follow-up studies using brain imaging (MR) of adolescents/young adults who were prenatally exposed to poly-drugs, for example heroin, neither in Norway or internationally.

Knowledge of possible consequences of prenatal exposure of poly-drugs may influence the treatment of pregnant women with drug addiction. Knowledge about what increase or decrease the risk for negative outcome from such exposure may contribute to better interventions for children and youth in this risk group.

This is a follow-up of a prospective study that started in the 1990’s in which two groups of newborn children were recruited, one group who had been exposed for mothers poly-drug use during pregnancy and a control group without any known prenatal risk factors. The participants are now adolescents or young adults and are asked to participate in the present follow-up study.

The purpose of the study is to investigate how circumstances around children and adolescents influence the development of the brain, cognition and psychological health when they are young adults. By cognition we mean processes such as attention, reasoning and memory.

More specifically, the objective is to investigate how children born of mothers who had problems with drug addiction during pregnancy develop during adolescents and young adulthood as compared to youth born of mothers without any know prenatal or perinatal risk factors.

We use neuropsychological tests, interview with question about mental health, questionnaires, genetic test and MR pictures of the brain.

Data collection is done during 2013 and first half of 2014, and the project are financed until September 2016 by the Research Council of Norway.

The study is collaboration between The Center for Child and Adolescent Mental Health, Eastern and Southern Norway (R-BUP Øst og Sør), Department of Psychology at the University of Oslo and Oslo University Hospital.