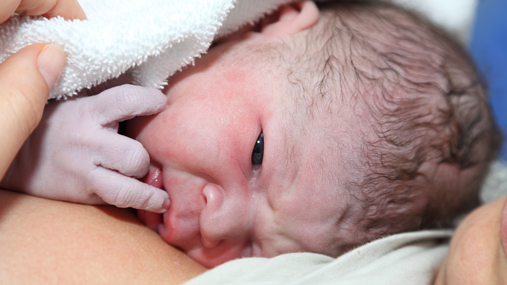 One of the first things which occur in our life is that we are weighed and measured by hospital personnel. Birth weight is an important indicator of an infant`s health and how things have been for the child in their mothers belly.

It has been known that premature birth and low birth weight can affect the development of the child`s brain. With a low birth weight the hospital will set in place extra measures and supervision of the new baby.

A new study published in Proceedings of the National Academy of Sciences (PNAS) shows that birth weight represents a stabile influence on brain development from childhood to adulthood, regardless of whether you are little or large at birth, over or under the “normal limit” of 2500 grams.

Professor Kristine Walhovd from the Department of Psychology at the University of Oslo has together with a research team in the US investigated brain development of 628 healthy children, youths and adults between 4 and 21 years of age. They compared their birth weight with brain volume and the area of the cerebral cortex.

The study shows that birth weight affects the extent of the cerebral cortex and the brains total volume in later childhood and adolescence years. It is plausible then that birth weight also is an important predictor of brain characteristics throughout the whole course of your life.

– The weight at birth can probably predict a part of our brain development throughout our lives, says Walhovd.

– It is very interesting, because we have not had such a basic and clear indicator of the development of the brain from childhood to adulthood before, she adds.

Birth weights are already used as indicators for development. Neuropsychiatric research, for example on groups which compared schizophrenics with healthy participants, have shown that there are several disorders which have on average lower birth weights than healthy people. Patients with schizophrenia comprise one of several such groups.

– In neuro-scientific research groups with different birth weights are compared. The brains are scanned and it has been found for example that the schizophrenics on average have lightly smaller neuro-anatomical volumes in some areas, says Walhovd

– It means that we, on the basis of the birth weight, can probably also predict some of these anatomical differences we see with adults with different symptoms.

The birth weight is affected by many factors. Some are previously decided, other things the parents can do something about.

Walhovd emphasizes that there are huge elements in birth weight which cannot be expected to affect our mental abilities and our health, even though they go together with later brain development.

– Genetic growth potential is one such factor, she points out.

She recommends, all the same, that parents should be conscious about their early influence.

– Good and rich nutrition, together with an avoidance of narcotics or intoxicating substances, contribute to optimize the child`s development during pregnancy.

This article was also in Science Nordic

Lifespan Changes in Brain and Cognition