Democracy bashing: on corruption and peace in Aceh

Indonesia changes. In 1998, suddenly, democracy stood for everything good. Even Soeharto’s cronies and generals clung to it. Now, by contrast, it tends to be blamed for everything bad. 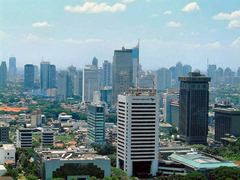 A major example is how even radical NGOs and the liberal media often argue that corruption is because democracy and decentralization have paved the way for crooked politicians. The dictum is that freedom and elections may be good for other purposes, but obviously not for fighting corruption. For this there must be separate means, “just look at Singapore”. Another more recent claim is that elections had to be postponed “to save peace in Aceh”.

How come that democracy which was seen as fundamental in fighting corruption, collusion and nepotism under Soeharto is now deemed to generate corruption? And how could the agreement on inclusive democracy in Aceh, which facilitated peace and reconstruction, be projected as a threat toagainst peace?

One answer is that the decriers’ definition of democracy differs from that in unbiased studies. Most scholars of the development of democracy agree that the aim of democracy is popular control of public affairs on the basis of political equality – while the means to reach this aim include institutions such as human rights, equal citizenship and justice, rule of law, free and fair elections, representative parties and interest organizations in addition to free media, culture, academe and citizen associations.

So although liberal democrats then claim that it is enough if all individuals have the chance to use these means, while social democrats say that democratization must also include the enhancement of the underprivileged’s social and political capacity to give them a fair chance too, both agree that the basic concepts enable unbiased studies of the extent to which the various means of democracy promote the aim of democracy.

In Indonesia however, the increasingly common definitions of democracy are dichotomous and limited to a few of the institutional means, typically the “negative freedoms” (against the state) and fair elections. This might make some sense in static world wide measurements, but it is deceptive in analyses of the dynamics of democracy in a country or province.

One reason is that with such definitions no regression or improvement is possible, only either-or.

Another reason is that since democracy is so narrowly defined that even representation is ignored, it is hard to analyze whether freedoms and elections may improve if dissidents have the chance to, for instance, build interest organizations and thus better parties too.

Thus it is also difficult to analyze whether elections combined with better representation of middle- and working-class interests would be a way of fighting for the improved rule of law and against corruption, as in successful democratic countries.

No, when democracy is defined dichotomously, narrowly and procedurally, and then associated with corruption, the natural conclusion is that rule of law must be crafted and corruption must be resisted through undemocratic means, as for instance in Singapore.

But how can such misplaced analyses survive and even become popular? One reason is that the ignorant scholarship is politically useful. It is good for those who are against popular control of public affairs on the basis of political equality to be able to associate democracy with poorly functioning freedom and elections and with corruption.

And it is fine for technocrats and civil society activists (who rarely win elections and build representative popular parties and organizations) to first be able to say that they need to avoid crooked politics to promote better laws, rights and citizens’ self management through networks, campaigns and lobbying — and then forget that this has typically required tactical alliances with rulers, businessmen, the army and religious leaders with quite separate different long term interests, as in Indonesia 1965 and as in Thailand from 2006.

There is a similar logic to the claim that elections had to be postponed to save peace in Aceh because GAM leaders in the Aceh Party (PA) boycotted them. This would have been easier to understand if the electoral rules had blocked PA, as they are designed to bar local parties in other parts of Indonesia. But in Aceh they were not! The problem was instead that the pioneering Helsinki-formula to foster peace by including all parties and groups in democracy has been undermined by major actors such as PA itself.

In face of the 2006 local elections, reformist leadex-commanders including the incumbent governor, Irwandi Yusuf, and related citizen activists could bypass autocratic GAM leaders by joining hands and running as independents. But even though the reformists won, they did not build a new party, develop strong democratic politics and foster popular movements but combined old command structures with government positions and opted for reconciliation within PA.

Making things worse, the citizen groups also neglected popular organization, focusing on their own small parties. So when also harassed and isolated by PA’s and Irwandi’s tactical understanding with President Susilo Bambang Yudhoyono’s Democratic Party in the 2009 parliamentary elections, the civil society parties suffered disastrous electoral losses and were disqualified from further participation.

Thereafter PA, which was now relieved from competing against local parties, also tried to prevent Irwandi and other leaders from running as independents in the upcoming local elections. So when the Constitutional Court upheld the national rights of independent candidates (pioneered in Aceh!), PA even resisted the legal system, obstructed democracy by boycotting the elections and generated fears that peace was at stake.

So although Irwandi has also, though to a lesser degree, weakened the crucial inclusive democracy, it is important to remember that the Constitutional Court’s decision to reopen registration was unavoidable primarily because of PA’s tampering with democracy and should not allow the party to benefit from the postponement of the elections at the expense of other candidates.

It is stronger democracy that is needed to save peace as well as to fight corruption, not the other way around!

The writer is professor of Political Science and Development Research, University of Oslo, was the academic director of Indonesia’s participatory democracy surveys and is the lead-author and co-editor of Aceh: The Role of Democracy for Peace and Reconstruction 2 ed. 2011, Singapore: ISEAS, and in Indonesian by PCD Press.