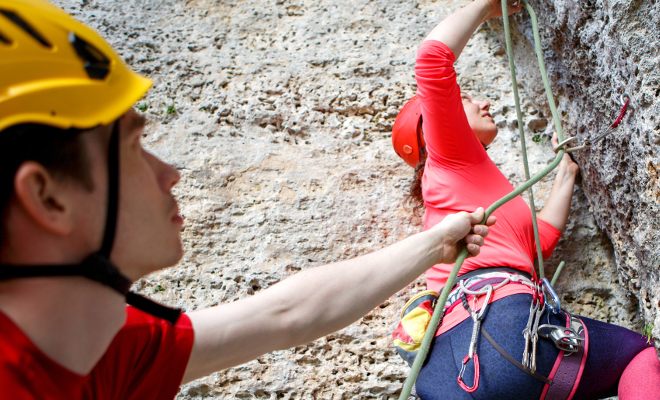 Adults`play are advantageous both to individuals but also to society, according to Lise Kjølsrød. Photo: Colorbox

Play is not just play: it is also learning, creativity and problem-solving in a wider sense. This is an established truth about children's development, but what about adults? In the book "Leisure as a source of knowledge, social resilience and public commitment", Professor of Sociology, Lise Kjølsrød, has looked at how leisure activities such as bird-watching, art collecting and backpacking are advantageous both to individuals but also to society.

- What is the point of writing a book on this subject? I want to understand the many people who invest a surprisingly great deal of time, emotion, intellect and money in seemingly unnecessary activities. The title of the book represents what I found, i.e. leisure activities are a source of knowledge, resilience and social involvement, among other things, says Kjølsrød.

Ideally, she wanted the book’s title to be "Specialized Play", but the publisher chose "leisure" because one of the book’s main target groups is the Leisure Studies field and the educational institutions that teach it.

There exists a great deal of social science research on specialized work, but there is little understanding of specialized play.

Kjølsrød has studied what components make up these activities, how individuals and groups take these cultural phenomena into use, and what they get for their effort. There exists a great deal of social science research on specialized work, but there is little understanding of specialized play.

For her, it is about finding an approach and concepts that are not limited by the traditional

preoccupation with work, but which still capture an understanding that people who are doing seemingly weird and needless things can also be creating value and not just consuming.

- I call it specialized play to emphasize a compound relationship. On the one hand, the knowledge and skills development that takes place in work, and on the other hand the invitation in play and in art to use fantasy, to abstract and shape original images which reflect the real world in a different way, says Kjølsrød.

People with a lot of energy

Kjølsrød has long been concerned with adults' complex leisure activities, or specialized games, and has published both Norwegian and English articles on the subject. She concentrates on amateurs who go in depth - to have a small stamp collection or to have taken some rock climbing courses is not enough to awaken the interest of this sociologist.

- Behind the mountaineers, long-distance sailors, ambitious collectors, dedicated role players, bird-watchers and activities many others do in their spare time there is a lot of learning. It can be surprisingly demanding. No one can sail the seven seas without knowing something about seasonal variations, winds, ocean currents and maps. Some sailors have even learned to read the stars in order to be able to navigate in case satellite communication should fail, says Kjølsrød.

As they immerse themselves in a particular activity, it is not uncommon that they become quite passionate about it.

- What common features are shared by the subjects you have written about in the book?

-They have full-time jobs, so in order to spend so much time on their activity means they have a lot of energy.

- And are they not very enthusiastic?

- Not necessarily in the beginning, but as they immerse themselves in a particular activity, it is not uncommon that they become quite passionate about it.

Inspired by her own irritation over her ex-husband's collecting obsession

The material she used for the book has mainly been obtained from interviewing collectors, and from available studies of backpackers, climbers and collectors, as well as autobiographies written by mountaineers, sailors and others; and from what she describes in the book as "not fieldwork in a strict sense". This "fieldwork" is from Kjølsrød’s 30 years of experience as a sports widow, annoyed over and a bit jealous of her ex-husband’s world of objects. - He put so much passion into it, a passion I suppose I wanted him to devote to me.

He put so much passion into it, a passion I suppose I wanted him to devote to me.

Only through an academic approach to this issue could she understand what was driving him. The book "Homo ludens" - The playing human - by Dutch cultural historian Johan Huizinga from 1938, was one of the books that made her wiser. Huizinga considered play as the historical origin of everything, from the development of the judiciary to science and art. Not least, Huizinga's book has been a call for an academic approach to the phenomenon. Another source of inspiration is the German sociologist Georg Simmel, especially his essay about adventure.

Those who engage in specialized play produce knowledge in narrow fields, such as how handwriting developed, or how old instruments were used and how to restore them.

- Many museums’ collections have been built up as a consequence of collector's activities, such as The British Museum or the Stenersens Collection taken over by the Munch Museum, says Kjølsrød.

The cumulative aspect is a driving force. It is often about filling in what is missing in a particular series of related challenges/objects, or finding ways to improve what is already there. A climber might concentrate on all the mountains in Europe over a certain height or will conquer the highest on each of the continents of the world. A collector of glass from Nøstetangen glassworks (1741–1777) may have examples of all the main categories, in the best possible examples. If that becomes too difficult or too boring, it is possible to define a new series.

Completing an expedition or gaining possession of an attractive item that is missing is perceived as an action. There is tension attached to it because it can go well or be unsuccessful. The activities mentioned in the book have such a game-like structure.

One way to handle life

People relate to and associate with what they do, in leisure time as in work. This creates an identity and meaning out of the specialized play. Kjølsrød believes that the playing people she writes about develop a kind of resilience, what is referred to as social resilience,

Not primarily because they are doing something that in itself is fun and satisfying. Rather, they have access to another kind of language that means a lot to them.

This creates an identity and meaning out of the specialized play.

- This is where the relationship with art comes in. Backpackers have the opportunity to read themselves into their ability to cope with challenges in exotic countries. Thus, they can convince themselves, parents and others that they are also capable in other contexts, says Kjølsrød, and continues:

- An art collector who mourns a childless existence can make art her child and give value back to society in an alternative way by donating the collection. The welfare state is good, but instead of lying on a psychologist’s sofa, it is good that men and women can find ways to conduct themselves and their lives.

The people who play, are they withdrawing from society?

"Hardly," says Kjølsrød, contradicting philosophers such as Simon Critchley who believe that many people today are so full of contempt and fear over the world's violence and corruption that they retreat into themselves into some kind of "European Buddhism" where the only thing that concerns them is their own self-realization.

In the chapter "Contingent activism, mediated through play," she describes a group of surfers in Cornwall, England, who started a community action to stop sewage and water pollution. Then there is the rise of street art with its political and social messages. Another example she addresses is a group of people from Belarus who used role-playing games to deliver a hidden political message of political liberation to the country. The point is that they all became politically active through play.

- One reason why this happens is that communities form around every leisure activity. No surfer, street artist or role player is alone, but sees himself as a participant in a circle of people with related interests who are connected through communication into communities.

Believing in a playful future

While adults’ play was frowned upon for a long time, and often associated with "sexualized play", Kjølsrød says that this is changing.

In recent years there has been more room for play in society. Being flexible and creative has become more highly valued, and in leading industries we imagine that creative workers play their way toward innovation.

- In recent years there has been more room for play in society. Being flexible and creative has become more highly valued, and in leading industries we imagine that creative workers play their way toward innovation.

- At the same time, there is a lot of fear of change and that new technologies and automation will take people’s jobs. But it may not be as bad as we imagine. People will have more opportunities to play and that can only be positive, says Lise Kjølsrød.

By Lisbet Jære
E-mail this page