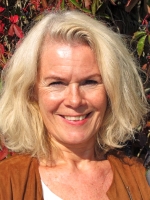 International migration; European immigration policy; Comparative integration policies in welfare states and in the Nordic region as well as historical studies of immigration to Norway.

Grete Brochmann has held a series of position in the Research Council of Norway; she has been board member at PRIO, ARENA, Freedom of Expression Foundation, The Norwegian Refugee Council, The Swedish research Council FAS among others. She has been member of two Governmental Commissions, and is currently leading one on International migration and the Norwegian welfare model. She has also held positions within the European research environment: Different COST committees, the European Science Foundation, Ludwig Bolzman Stiftung (Vienna), AMID (Aalborg) as well as the Swedish power and integration commission.

Tags: Sociology
Try a new version of this publications list.