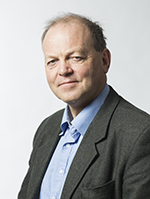 Dr. Tore Bjørgo (born 1958) is professor at the University of Oslo and Director at “Center for Research on Extremism: Right-Wing Extremism, Hate Crime and Political Violence” (C‑REX). He is also Adjunct Professor at the Norwegian Police University College (PHS), where he has been Professor of Police Science (since 2004) and Research Director (2005-2007). Until the end of 2015, he was an adjunct research professor at the Norwegian Institute of International Affairs (NUPI), where he was a (senior) research fellow from 1998 until 2004. He has also been a research associate at Leiden University (1991-1997). Since 2002, he has been coordinator of the Norwegian Consortium for Research on Terrorism and International Crime. During autumn 2014, he was a Fulbright scholar at John Jay College of Criminal Justice in New York. He received his doctoral degree in Social Science from the University of Leiden in 1997 on the basis of a dissertation on racist and right-wing violence in Scandinavia. For his Cand. Polit degree in social anthropology (University of Oslo 1987) he did 10 months of ethnographic fieldwork in 1984, based in Jerusalem.

The main recurring theme has been violent extremism and terrorism in general, and right-wing extremism in particular, and with a focus on prevention. He is widely recognized as a pioneer in the study of deradicalisation and disengagement from extremist groups. He has (co)edited six volumes, and (co)authored eight other books, mostly with top international publishers (Macmillan, Routledge, and Palgrave). He has also published a large number of articles and research reports.

His books include Racist Violence in Europe (1993), Terror from the Extreme Right (1995), Racist and Right-Wing Violence in Scandinavia (doctoral thesis, 1997), Nation and Race: The Developing Euro-American Racist Subculture (1998), Root Causes of Terrorism (2005), Leaving Terrorism Behind: Individual and Collective Disengagement (2009), Strategies for Preventing Terrorism (2013), The Dynamics of a Terrorist Targeting Process: Anders B. Breivik and the 22 July Attacks in Norway (2015), and Preventing Crime: A Holistic Approach (2016).

He has extensive experience in leading and coordinating national and international research activities and projects, including five major international book projects and a European longitudinal study on “Recruitment, Education and Careers in the Police”. He has been strongly involved in developing and disseminating research-based knowledge and methods for prevention and intervention in relation to xenophobic violence, racist youth groups, delinquent youth gangs, and terrorism and political violence. He has served as an expert advisor to a large number of municipalities, the police, public agencies, NGOs, national governments (in several European countries), and international organizations (EU and UN agencies).

He was the initiator of “project Exit” to promote disengagement from racist groups, a project that was later adopted in Sweden, Finland, Germany, the Netherlands and Switzerland. He has also been a member of national and international expert groups, including the European expert group on violent radicalisation, reporting to the EU Commission (2005 - 2008), and an international expert group to inform and review the United Nations’ evolving counter-terrorism strategy (2005).