The January 6 attack on the US Capitol was not unexpected. It was anticipated by numerous warning signs, and it built upon a years-long process of radicalisation that involves, but is not limited to, Trump supporters. 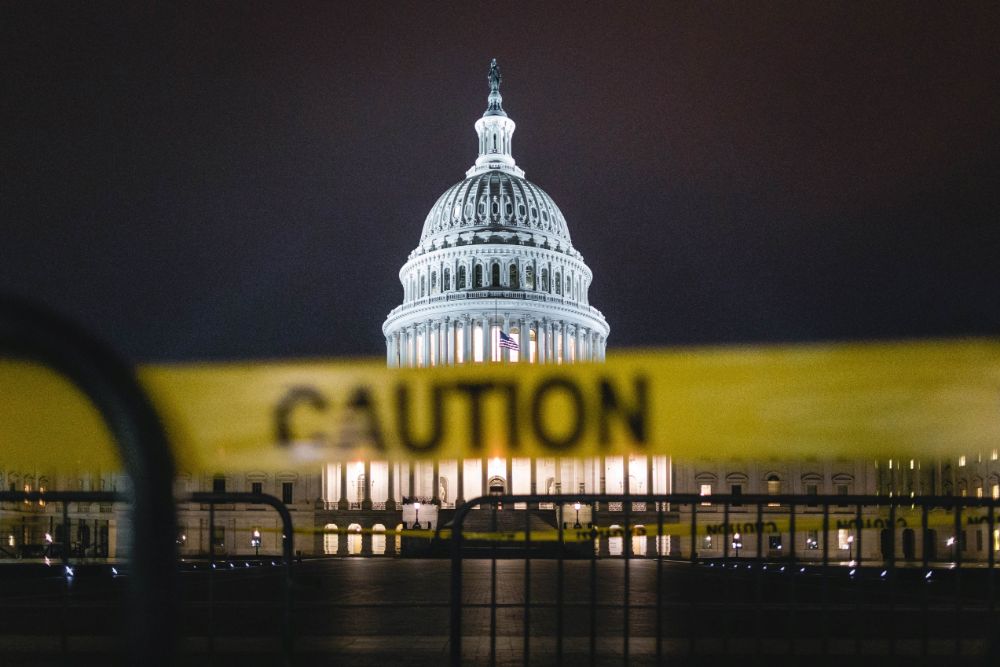 While a global audience was left stunned to witness the livestreaming of an unprecedented attack on American democracy, we should not be shocked. The violence was foreshadowed by authorities, scholars and observers who have raised alarm about the dangers of radicalized Trump supporters propagating calls for violent action. As the president’s propaganda turns into grassroots violence, politicians, concerned citizens and all those who care about liberal democracy must act to counter and prevent the progress of creeping fascism in America.

The years of Trump's presidency illustrate that even consolidated democracies like the U.S are not exceptional. They can die. Over the past months and years, scholars have warned about the rise of authoritarian regimes in the US and analysed varieties of erosion of democracy in countries such as Brazil, India, Turkey and Hungary. Democracies die slowly, authoritarianism and fascism can come creeping and coup attempts can take time.

Former US Secretary of State, Madeleine Albright quotes in her 2018 book “Fascism- A Warning”, the Italian dictator Benito Mussolini comparing his consolidation of power in Italy in the 1920s with preparing a chicken for slaughter. “If you pluck a chicken one feather at a time, people don´t really notice.”

Although in a less coherent manner that past autocrats, Trump has been plucking a whole lot of feathers through authoritarian and fascist tactics that carry historical echoes. Throughout his presidency he has displayed contempt for democratic norms and the checks and balances of democracy. The attacks on democratic norms and institutions are a key mechanism for how Trump has paved the way for populist ultranationalism in the name of allegedly defending America against «enemy groups».  With the aid of far-right advisors, he has framed Muslims as criminals who must be banned from entering the country, he has vilified Mexicans as rapists, he has demonised «globalists» in anti-Semitic terms and he has repeatedly threatened to “lock up” his political opponents. At the first presidential election debate he called on the violent far-right group Proud Boys to “be ready and stand by”, in a move that was praised by the activists themselves and interpreted as a call to future action. Failing to condemn far-right extremists, Trump has moved their hateful ideologies from the margins to the core of his Twitter feed and, from there, to everyday mainstream news.

While it takes time to erode democratic norms, president Trump has used Twitter to spread lies and speed up the process. Since Trump lost the election, he has used inflammatory rhetoric whipping up not only the anger of resentment of the MAGA base, but heavily armed militias. Aided by Republicans in Congress he has falsely claimed that the election was rigged and stolen. The Republican enablers surrounding the aspiring autocrat have accepted the lies and contributed to the radicalisation of their party.

Just as Twitter has provided a stand for the spreading of Trump´s incendiary lies, social media platforms have played a central role in the radicalisation of parts of the MAGA base. From Facebook and Twitter account to fringe 4chan imageboards, activists have mobilized the dangerous Q-anon conspiracy theory that Trump is fighting a secret war against a criminal and Satan-worshipping elite controlling the deep state. Q-anon believers are convinced that once their insurrection is complete Trump will save the nation from evil, and prominent Democrats and Republican “traitors” will be arrested and executed for treason.

Conspiracy theories thrive in crisis as they give explanatory models for perceived chaos. They are especially attractive in times of perceived insecurity as they provide simple explanations to events and clear enemy images. It is no surprise, then, that the year 2020 provided a particularly fertile ground for their reconfiguration and viral spread. Far-right activists in digital subcultures have exploited the pandemic crisis, rising inequality and protests against racism to reconfigure and propagate their violent ideologies. More generally, the past few years have shown a worrying trend, with the violent escalations of fascist digital cultures whereby activists call for the destruction of the current system in order to let a new one emerge. Some have crossed the Rubicon from thought to action, with Homeland Security stating that domestic violent white supremacists extremism post a severe threat to national security.

From propaganda to democracy under fire

The storming of the Capitol is a manifestation of how propaganda and the radicalisation of conspiracy theories can transform into offline violence. Dehumanising words, memes and visuals of despised enemies are integral to paving the way for physical violence.

The violent storming of the Capitol left 5 people dead. Pipe bombs, firearms and Molotov cocktails were found among those who stormed the Congress building and officials have so far opened 25 domestic terrorism investigations.

The Trump supporters partaking in the storming of the Capitol included a wide range of the Trump base. From elected officials and far-right media personalities to Qanon far-right conspiracy supporters, as well as activists from the loosely defined Boogaloo Bois – originating at 4chan and promoting violence and an incoming civil or race war. Groups representing real-life-escalations of internet culture were united with well-organised far-right groups such as members of Proud Boys and militia groups such as the Oath keepers and Three Percenters. Although these actors differ in origin and orientation, they rally around a shared slogan “Stop-the-Steal” and are willing to use anti-democratic deployment of violence to prevent president-elect Joe Biden from entering office.

Social media companies have gotten up to speed with deplatforming actors inciting violence. The deplatformed far-right actors are thus migrating to platforms such as Gab and the heavily encrypted Telegram. The ones who remain on Twitter and Facebook have rapidly shifted terms and symbols to bypass detection. Others are seeking attention and spreadability through a despised enemy: mainstream media, in their efforts to mobilise support and recruit new followers.

One of the radicalised Trump supporters killed during the insurrection, the US Air Force Veteran Ashli Babbitt, is currently venerated online. At far-right internet platforms she is hailed as the first martyr of the incoming civil war and used as a recruitment tool to mobilise further violent attacks. It is clear that part of the radicalised MAGA base are acting like a fascist movement.

How to counter fascist politics in America

With displaying authoritarian contempt for the rule of law and democratic norms, spreading conspiratorial lies, and inciting violence, Trump and his enablers are responsible for an unprecedented attack on American democracy.

Last weeks´ events have revealed that American democracy is not immune to authoritarianism grounded in fascist tactics. Democracy is inherently vulnerable because the strongman or strongwoman can challenge its foundation from within.

By Cathrine Thorleifsson
E-mail this page