Johanne Døhlie Saltnes has co-written a new article together with Markus Thiel, published in a special issue of The Journal of Common Market Studies. 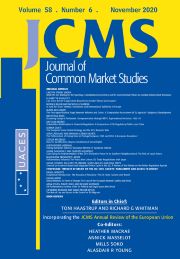 The EU is committed to promoting human rights through its development policy. This article argues that its expansive human rights framework has led to EU‐internal and outside‐in politicization of LGBTI rights in Uganda. It views contestation as a mechanism of politicization and suggests two paths through which contestation occurs; based on the normative core or on the application of human rights conditionality. We establish these paths through a case study of politicization of LGBTI rights promotion in the Uganda–EU partnership. While member states' policies are more affected by political pressure from domestic constituents, EU institutions aim to depoliticize the issue and prioritizes diplomatic channels. Conversely, conditionality operates as a driver for contestation in beneficiary states. Whereas postcolonial studies interpret claims of universal rights as neo‐colonial intervention, our findings highlight a more nuanced applicatory contestation by rights activists. These actors insert themselves as change agents aiming to reshape the policies of international norm promoters.