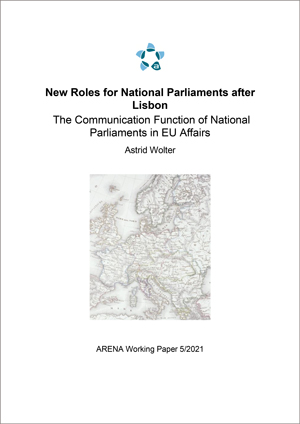 The European Union (EU) has been dealing with several serious political and financial crises during the last years. Also, the current Covid-19 crisis shows the poor uniformity of the EU member states. The individualistic action of the states is not only a political problem, but also a problem of a missing European identity and hence a missing solidarity between the EU member states and their citizens. The little common action is also a symptom of a communication problem of the political institutions in the EU with the public. The need for European solidarity and new digital ways of parliamentary communication in EU affairs with citizens become even clearer in the current pandemic. It is the task of the national representatives not only to digitalise parliamentary activities through remote deliberation and voting but also to make their political decision-making in EU affairs publicly transparent through digital communication.