The project "Citizenship and Democratic Legitimacy in the European Union" - CIDEL focused on the prospects for a citizens’ Europe  through analysing what kind of order is emerging in Europe. A particular concern was to take stock of the EU as a rights-based post-national union, based on a full-fledged political citizenship. Does the EU proceed along this developmental path, and if so, how far has it proceeded? 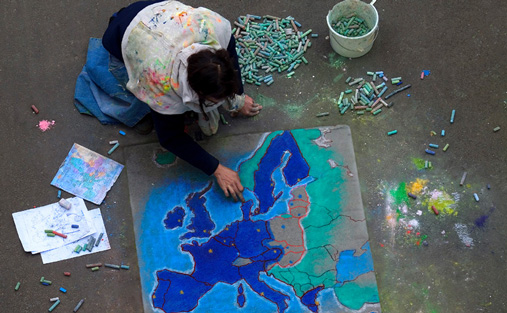 The research under the CIDEL project was divided into eight workpackages.

Workpackage 0 was dedicated to the overall co-ordination of the project. Hence workpackages 1 to 7 were dedicated to research. The purpose of workpackage 1 was to ensure the development of an overall theoretical approach to the study of post-national integration, which can work across the different research activities. Workpackage 2 - 6 concentrated on concrete policy areas.

The main purpose of the project encompassed the following objectives:

Its salience was tested within the realms of constitution making, enlargement¸ tax policy and foreign and security policy.

The hypothesis of this project was that the latter option is the most viable. CIDEL has both an empirical and a normative dimension. The empirical dimension refers to the actual prevalence and viability of each of the options across different policy fields and levels of government. The normative dimension relates to the validity of the three options for governance.

CIDEL was supported by the European Commission's Fifth Framework Programme for Research with a contribution of 1,6 million euro.

CIDEL was a joint research project between ten partners in six European countries. The project was co-ordinated by ARENA at the University of Oslo. CIDEL involved about 20 researchers within political science, law, media research and sociology.