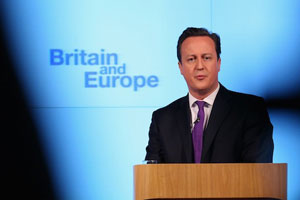 Democracy was the paramount argument for a ‘no’ vote in the referendum on Norwegian EU membership in 1994. Norwegians should not be governed by laws other than those decided by themselves. Paradoxically, however, voting no to EU membership has undermined Norwegian self-rule.

This is so because the EU countries have established a supranational political order, an internal market and a common currency that responsible Norwegian politicians could not disregard. The abolition of borders and customs barriers, trade barriers and protectionism has made Europe the largest market in the world. Hence, despite a majority of ‘no’ votes in the referendum, the Agreement on the European Economic Area (EEA), which had entered into force earlier, was kept. This is the most comprehensive agreement Norway has ever entered into. The EEA Agreement provides access to the EU’s internal market for Norway, Iceland and Liechtenstein. The agreement is continuously upgraded and expanded. A large number of issues are relevant to the free movement of goods, services, labor and capital. The number of EU legal acts, regulations and directives has grown at an exponential rate, surpassing 10,000 legal acts.

In 1994, people rallied around democratic principles, about the right to self-determination, popular rule and democracy.  But every government since then has brought Norway closer to the EU, and a number of additional parallel agreements have been signed. These include agreements on border controls (Schengen), asylum and police cooperation. Norway even puts troops at the disposal of the EU’s battle groups. Approximately three-fourths of the legislation that applies to the member states applies to Norway. In order to ensure the conformity of the internal market, the same rules apply to EEA partners as to EU countries (the homogeneity principle).  New agreements have been established over time, and existing agreements have been developed and expanded.  Despite no to EU membership in 1994, twenty years later Norway has de facto become an EU-member.

When considering the sheer volume of agreements, and the establishment of new EU authorities and agencies to which Norway cedes sovereignty, the implications for national independence and democracy are severe. Norway has relinquished sovereignty in a number of areas through regular majority voting: it pays (through the EEA financial contributions), and is subject to EU law on the same basis as the EU’s member states. Norway has surrendered sovereignty without having received anything in return in the form of co-determination that EU membership would have granted. In Norway, there is in fact ‘taxation without representation’.

Norway has fallen into the integration trap, from which there is no escape for the time being. The way out through membership is blocked because of the prevailing EU skepticism. It will take a huge effort to change public opinion, and another solution than a referendum is unthinkable. No political party has put a new referendum on the agenda. Every possible government coalition will include one or two no-parties.

The other way out of the integration trap – termination of the EEA and the other agreements – is also blocked. In theory, Norway could protect its sovereignty and democracy by leaving the EEA and establishing a free-trade agreement with the EU. Evidence indicates, however, that Norway is blocked from obtaining bilateral agreements similar to those of Switzerland. The EU has for nearly a decade signaled that more countries ought to join the EEA model, which is non-bureaucratic and entails less costs for the EU.

Moreover, it has been revealed that Switzerland, which has around 120 bilateral agreements with the EU, is experiencing similar problems of self-determination and democracy as the EEA-affiliated Norway. Switzerland experiences a comprehensive legal adaptation to EU legislation. Just like Norway, Switzerland is increasingly Europeanized, despite the non-dynamism of agreements and the limited sectors they cover. Although this EU adaptation is voluntary, the structure has a strong in-built pressure, which makes the adjustment much more dynamic in practice than it may formally appear to be.

There is a problem of complex interdependence for all affiliated non-members, which stem from the fact that the EU is not a regular inter-governmental organization, the effects of which can be restricted. It is rather a quasi-federal organization.

The EU system is organized so that the different ‘peoples’ rule themselves jointly through institutions over which they have direct influence. The states have pooled and shared sovereignty among themselves to rule jointly, while Norway has opted to go it alone to ensure self-determination. This has been contra productive and incurred a despoiling of democracy.

The entire situation is disheartening. While the other countries of Europe convene around the same table to solve common problems, Norway must resort to old-fashioned diplomacy and lobbyism.