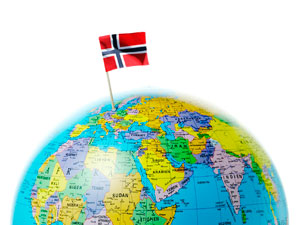 The purpose of the European Economic Area (EEA) Agreement is to integrate the remaining European Free Trade Association (EFTA) countries, with the exception of Switzerland, into the European Union’s internal market. Norway had to incorporate the material legal rules that were in force at the time when the EEA Agreement was ratified, and is also, in reality, committed to incorporating all future EU law that is of relevance to the agreement. The purpose is to maximize the freedom of movement of persons, capital, goods and services in all of the EEA, as well as strengthen and widen the cooperation to neighboring policy areas.

To a large extent, this has made Norway a de facto EU member based on a crofter contract. For economic and political reasons, Norway must relate to the EU as best it can. Successive Norwegian governments have systematically aspired to be part of as much as possible of the EU’s activities. The democratic deficit of Norway will increase as the cooperation within the EU expands and the institutions are reformed.

National self-rule was one of the strongest arguments against Norwegian membership in the EU. Securing the right of self-determination, popular rule and democracy was by far the most important ‘No’ argument in 1994. The credo was that Norwegians were not to be ruled by laws enacted by others than themselves. The already ratified EEA Agreement, which had come into force less than a year before the last EU referendum, and which was supposed to be only a temporary arrangement, became Norway’s permanent attachment to the EU. To many of those who were skeptical towards EU membership, the EEA Agreement was perceived as a lesser evil; a deal which would secure Norway’s access to the EU’s internal market, while simultaneously minimizing cession of sovereignty.

Some claim that the ‘No’-campaigners won in 1994, but have lost ever since. Every government since 1994 has brought Norway closer to the EU. Today, Norway is not only member of an increasingly comprehensive internal market and related policy areas, but also of Schengen (border control), and now also defense cooperation. Norway provides troops to be at the disposal of EU-led battle groups. That Norway must have a close and well-functioning association with the EU is seen as an established fact by all governments, regardless of how many anti-accession parties there are in the coalition. But where does this leave democracy?

Norwegian citizens are not represented in the bodies that enact EU legislation; the European Parliament and the Council. While representatives of the EU’s Member States and citizens can influence decision-making, the Norwegians and the Norwegian government, must make do with the informal leverage they can acquire through traditional diplomacy and lobbying.

Norwegian experts partake in many of the Commission’s expert groups. In fact, Norwegian seconded national experts take part in more than 200 committees in the EU-system. However, they are barred from the most important ones, especially the key committees in the Council. Lobbyism and committee membership gives Norwegian citizens some influence, but this can of course not compensate the democratic deficit in Norway’s relationship with the EU. Norway has become a decision-taker and not a decision-maker. While most of the countries of Europe have now, through the EU, made foreign politics into domestic politics and established common procedures for conflict- and problem resolution, Norway is left to old-fashioned diplomacy and ‘corridor politics’.