The history of ARENA

The programme Advanced Research on the Europeanisation of the Nation-State (ARENA), first came to life in 1994. It was established by the Norwegian Research Council on the initiative of Johan P. Olsen, who was then professor at the University of Bergen. 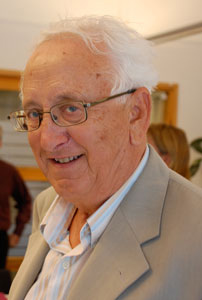 The programme was set up in order to build research competence within the field of research on political integration in Europe and its effects on Norway. The initial ARENA programme had a basic research profile with emphasis on the long-term accumulation of knowledge. The aim was to become an internationally renowned institution.

The strategic development of ARENA’s profile and the support from a keen and active group of researchers made the programme achieve its aim of becoming an academically strong institution of international acclaim within the ten-year period.

As a part of the University

ARENA then became part of the University of Oslo as a centre for European research at the Faculty of Social Sciences. ARENA has since developed its research profile and portfolio further. Our institution is to a large extent financed externally, by the Norwegian Research Council and Norwegian ministries and the European Union’s Framework Programmes.

Today ARENA is internationally recognised as an important research community engaged in the ongoing exploration of the processes of political change in Europe.