Students, researchers and practicioners from all over Europe contributed to a successful EU-SPRI Summer School on the science system in the 21st century. 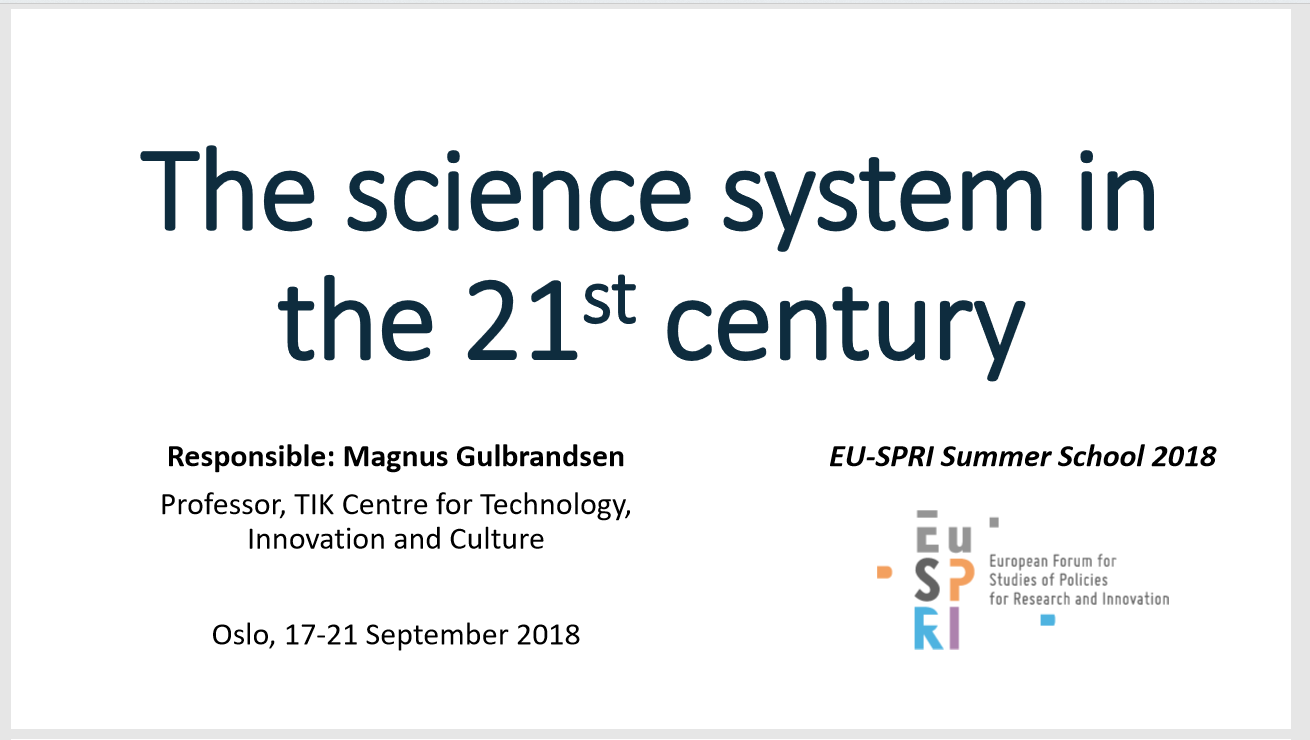 On September 17-21st, the TIK Centre was host to the EU-SPRI Summer School on the science system in the 21st century.

Magnus Gulbrandsen and Taran Thune from the OSIRIS team were among the organizers and lecturers, and OSIRIS PhD candidate Lars Wenaas attended as participant.

Why focus on the science system?

The science system seems to be under more pressure than ever. It is on the one hand expected to help contribute to solving society’s grand challenges, including facilitating larger-scale transformations and transitions. On the other hand, there seem to be a number of problems associated with modern scientific practice. Permanent jobs are in short supply, research organisations face ever more detailed evaluation and auditing systems, digitalisation has hit scientific work and impact with full force, etc.

In the EU-SPRI summer school 2018, these topics were discussed in light of contemporary texts and perspectives. Each day provided a lens into different aspects of modern science, with the goal of enabling participants to critically examine the framings of modern scientific work and science policy, reflect upon some aspects of the organisation of scientific work and the people involved, identify critical and new issues at the interface between science and society, and participate in debates on how science can contribute to transitions and other societal challenges.

OSIRIS and TIK thank all participants for offering their insights, participating in lively discussions, and generally contributing to making this an interesting week full of reflections on the science system we all are a part of.

Visit the course page for a full overview and timetable of the course.