The Struggle for Knowledge

What is considered to be knowledge, whose knowledge is recognised, and how is it actually taught at the university? The social anthropology academic community discusses the decolonisation of academia. 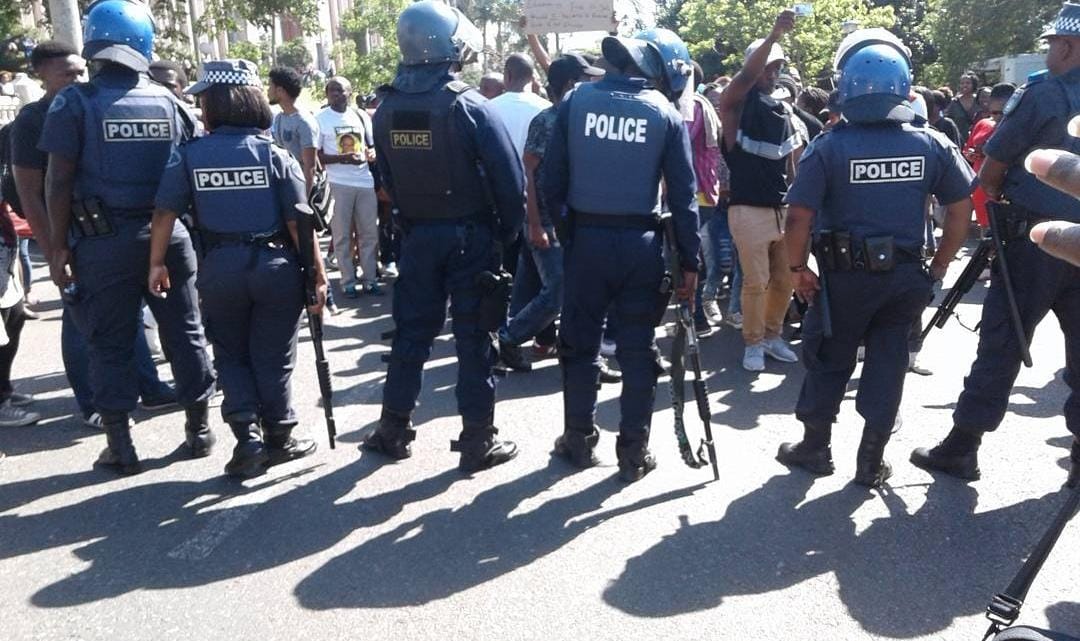 When South African students protested against rising tuition fees and a lack of loan and grant schemes, Lindokuhle Khumalo, currently a Research Fellow at the Department of Social Anthropology (SAI), was a master's student at the University of the Western Cape.

He experienced FeesMustFall up close in the autumn of 2015 and the spring of 2016, a movement that came in the wake of RhodesMustFall – a student protest in the spring of 2015 against the statue of British imperialist Cecil Rhodes at the University of Cape Town.

“Both protest movements were widespread in South Africa. The demonstrations extended over a long period of time, several universities were closed, many people I know were arrested," he says.

The students were apparently protesting against a bronze statue and high university fees, but in its essence, Khumalo claims, the MustFall movements were a campaign against white supremacy and the persistent economic inequality in South Africa.

"The legacy of colonialism in the country is reproduced through who has access to the higher education system," he says.

When Lindokuhle Khumalo came to the University of Oslo in 2018 to write a doctoral thesis on land reforms after the dissolution of the apartheid regime in 1994, he was surprised by how controversial the topic of decolonisation was in Norwegian academia in general, and in the social anthropology academic environment in particular.

"But perhaps colonial issues exist even in the Norwegian system, in spite of gender equality, free education and diversity policies?" asks the PhD candidate.

After the Norwegian Students' and Academics' International Assistance Fund (SAIH) adopted a resolution in 2018 on decolonisation of Norwegian academia, the debate raged in Norwegian newspapers. Tore Wig, professor at the Department of Political Science, called the campaign "an academic struggle for a radical scientific theory relativism; an attack on the objectivity of science", in an opinion piece in Klassekampen newspaper on 3 August 2018.

Cecilia G. Salinas, Postdoctoral Fellow at SAI, refuted this statement in the same newspaper a few days later: "The decolonisation of academia is being caricatured and dismissed based on misunderstandings," she wrote.

"I think the discussion at the time became very superficial and contained many preconceived ideas about what decolonisation is and is not," Salinas says today.

She recalls the main point from 2018: Decolonisation is about asking questions about what counts as knowledge, and who can or cannot produce it. Following the debate, the anthropologist has contributed to SAIH’s handbook An introduction to decolonisation of academia.

"The idea of decolonisation challenges the power structures that were established in the colonial era and which are still active, including in Norwegian academia. First and foremost, in that the knowledge we have in the West legitimises itself as the most important and objective truth," says the anthropologist.

Salinas points out that much of the research takes place through practices that treat the global south as a resource that creates benefits only in the global north in the form of careers, research funds, prestige and definition power.

"Even within Norway's borders, there is a long and problematic tradition in the research on the Sami people. As far as I know, very few Sami researchers are employed," she says.

Recently, Cecilia G. Salinas was invited to a workshop at the University of Stockholm on the topic. Recently, decolonisation was on the programme during the annual conference of the Norwegian Anthropological Association.

According to Salinas, the debate in a Norwegian context also concerns which bodies exist in academia, in terms of ethnicity, class, religion, gender and orientation.

“It's about different mindsets. Experiences and stories that deviate from the dominant narrative and that also influence the production of knowledge," she says.

Most people agree that we need more diversity, the anthropologist points out. But she thinks we need to discuss what diversity really is.

"It is a complex question that is also contextual. In one context, diversity means ethnicity, in another something completely different. Even if you put a dark-skinned person in an academic position, that does not mean that the field of anthropology changes and opens up for unknown thoughts and experiences," says Salinas.

In 2017, Cecilia G. Salinas, together with anthropologist and former colleague Monica Amador, established the seminar series "Decolonial Thinking" at SAI. The motivation was to learn about knowledge produced by Latin American thinkers, which was little known in Norway.

Since then, Salinas has followed the debate on decolonisation in Norway. She sees that there is still a lot of resistance in academia.

"Perhaps we need to reject the word decolonisation in a Norwegian context in order to achieve better dialogue and discuss what is considered authoritative knowledge, whose knowledge is recognised and how we teach," says Salinas.

Nefissa Naguib heads the PhD programme at SAI. As the person responsible for the courses ANTH4030 and ANTH4020, she has been involved in the revision of the curriculum for several courses, the objective of which has been to improve the representation of non-Western contributors.

“The classics are important for the subject and should obviously continue to be on the curriculum. But they must engage in dialogue with other literature if anthropology is to continue developing," she says.

According to Naguib, the Department is working specifically to improve the gender balance among authors, and to highlight good local research carried out in the regions the researchers at SAI are working on.

"We have come some way here, but we realise that this is a continuous work of academic evaluation,"she says.

Real diversity in the classroom

According to Nefissa Naguib, SAI has developed a recruitment strategy that will contribute to a broader recruitment, so that the Department is academically strengthened through a greater diversity of people, experiences and theoretical focus.

The social anthropologist believes such measures are more necessary than ever, to reflect the increased degree of variation in the classroom.

“The students don't all look the same. It’s important to recognise your place in order to understand and learn, both in the curriculum as well as in the lecturers. It is crucial that our students realise that the academic system can also reflect their own lives, that they are also part of what social anthropology is," she says.

For the master's programme in social anthropology, visiting researchers from the global south are often invited," says Naguib,”both to tell about their own research and more general themes within the theory.

“If those who teach represent different perspectives, more students from different backgrounds are attracted. In this way, we can facilitate real diversity in the classroom and a necessary further development of knowledge production at the University of Oslo”.