Endurance in the Swamp

What kind of strategies does a population employ to persist in their territories when surrounded by militia groups, oil companies and drug dealers? Anthropologist Mónica Amador has undertaken field work in the Colombian swamps. 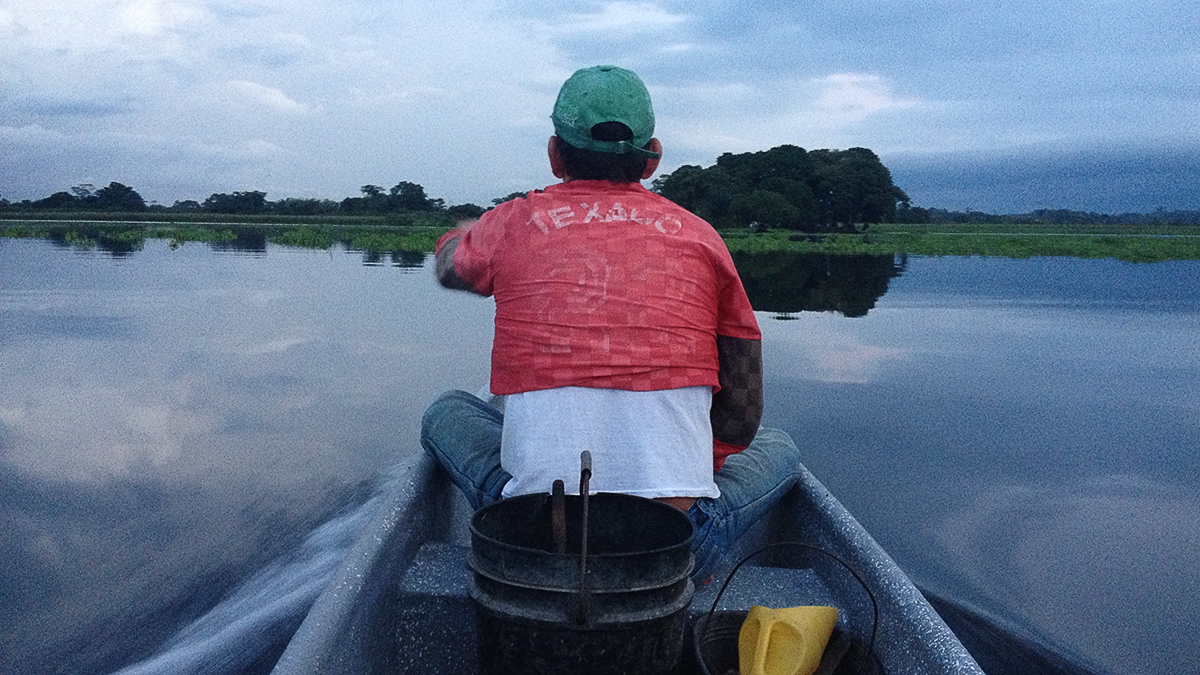 Colombia's history is the history of a country fragmented by armed conflict. As a result of years of conflict between the government and the communist FARC guerrillas, a number of paramilitary groups emerged in Colombia with far-right political affiliation. Although the FARC was officially dissolved after the peace process in 2016, guerrilla dissidents and neo-paramilitary groups remained active and today control a large share of the drug trade in the country, centred on the production of cocaine.

Ciénaga Palagua is a wetland area in central Colombia, 170 km north of the capital Bogotá. The region has been a stronghold for paramilitary groups for decades. In 2015, Mónica Amador travelled there to undertake field work, and on 26 February 2021 she defended her doctoral dissertation on oil spills, fishermen and paramilitarism at the Department of Social Anthropology.

“For a female anthropologist from a public university, who even has a specialization in human rights, this was a no-go area. It was downright dangerous for me to go there,” she says.

In 2009, Mónica Amador was living in India and had planned to spend the rest of her life there. Alongside her work as a Spanish teacher in Delhi, she initiated an Mphil in science studies. It was at university of Amador first heard rumours of an Indian company looking for people with Spanish language skills.

“The assignment was to record instructions for Spanish-speaking engineers. The client was a company that had plans to extract oil from a small area in Colombia. It was all a bit crazy,” says Amador.

She became curious and did some research. The Indian company turned out to be a subsidiary of a Chinese oil firm that had bought a huge enclave in the middle of the Magdalena Valley, and the plan was to use Indian and Colombian engineers to extract oil.

The enclave was originally bought and developed in the 1930s by the American oil company Texaco.

“I soon became completely fascinated. As I saw it, the Chinese were about to take over American colonial practices. Eventually I found out that the entire oil operation was centred on a wetland area that was to provide both natural resources and labour. The people who lived there have lived with the Americans, the paramilitary forces and the cocaine producers for many years. They have lived under a constant threat of violence. And now the Chinese and Indians were coming,” says Amador.

“How have the inhabitants of these swamps endured all the people who have come and gone? I wanted to investigate this dynamic more closely, and decided to write a doctorate application,” she says.

The head of the Chinese oil company gave Mónica Amador the permits she needed to travel. For the first five months of the field work, she remained inside an enclosed area. Behind high walls and gates controlled by security guards, lay the production plant, the machines, the infrastructure, as well as townhouses where the management and administrative staff were accommodated.

“I lived in a completely different reality than those who lived outside the walls. I had access to clean water, electricity, good food, swimming pools, a cinema and air-conditioned areas where we could exercise. Still, I felt like a prisoner. There were cameras everywhere. Like the panopticon,” says Amador.

“And everyone knew that I was an anthropologist trying to figure something out,” she says.

Amador was also not allowed to move freely within the area. She was assigned a private driver. The driver's name was John and he was a former paramilitary. He became the anthropologist's first informant.

“Little by little, John told me about his tough upbringing in the swamp. The only way to success was through the paramilitaries. A young man who wanted to get ahead in the world had to get a weapon, he had to start selling drugs. John saw the drug dealer as a heroic figure when he was growing up,” she says.

John put the anthropologist in touch with comrades with a past in the paramilitary groups. In the end, Mónica Amador decided to seek them out. She left the enclosed area. Despite warnings about the risks - murder, rape, malaria.

“The logic of the enclave had created this contradiction between people who were actually neighbours, who actually worked for the oil company. The company entangled the swamp and its people by gestures of detachment and through outsource labor,” she says.

Amador rented a room from a woman who ran a restaurant. She told the anthropologist what it was like to endure in the swamp.

She compares this with the freedom of expression in Norway, where everyone can safely raise their voice if there is something they do not like.

“In Norway we have rights. We have freedom of demonstration. In the worst case scenario, we can hire a lawyer. In the swamp, people cannot make their political beliefs visible in the same way, they have to be strategic. Because the people there know that their life may be at stake, as well as the lives of everyone they love. So they have to be amphibious. They have to remain vigilant at all times and navigate based on a situation that is constantly changing,” says Amador.

Amador highlights how the locals have found ways to combine traditional crafts and activities such as fishing, with new pursuits related to oil production and even with the paramilitary regime.

“Many work for the oil company, but do not have permanent contracts. Life in the swamp is flexible and changeable, in step with the different possibilities,” she says.

This is how the people of the Ciénaga have survived, according to Amador. Through unfolding amphibian strategies. In her dissertation, she ended up using the idea of ​​the amphibious as a hub.

“The amphibious is about the interactions and exchanges between the animal and its surrounding environment,” she says.

For many of those Mónica Amador met in the swamp, the outlook has now begun to change. She says that the paramilitary groups wield less power than before, and people have begun to envision a different future.

John got the job as a driver after he was demobilized from the militia group he was a part of.

“The oil engineer has now become the hero for John. I could really feel how positive this change was for him. Yet this new dream can obviously be contrasted with the other realities, such as pollution, marginalisation, exploitation of both people and nature by oil extraction,” says Amador.

She hopes that her dissertation can open a path into the Ciénaga Palagua, which has so far been inaccessible to researchers and journalists.

“Colombian society is fragmented and full of contradictions. The road to peace in Colombia is very challenging. A deep understanding of the complexity of the situation is crucial to reduce the degree of violence and conflict,” says Amador.