The coronavirus pandemic has caused anthropologists at the University of Oslo to rethink their traditional fieldwork. An initiative presented by NAV (the Norwegian Labour and Welfare Administration) could enable Master’s students at the Department of Social Anthropology to conduct research on the users of welfare services. 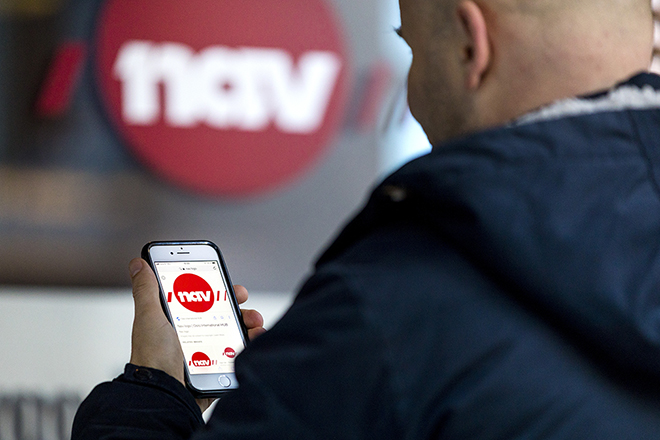 Last week Aftenposten reported on the policy change adopted by one of Norway's largest enterprises: NAV has gone from spending millions of dollars on consultants, to building its own IT and service design development service, with several consequences. When applications for coronavirus unemployment benefit started flooding in in March, it took NAV’s developers three days to create a new solution. NAV has become one of the fifty most attractive workplaces in Norway for economics and IT students.

Trude Lerfald and Jeanette Jansen are members of NAV’s new IT Department. They work in a team of anthropologists, and have said that NAV is in the process of implementing comprehensive digitisation. The anthropologists have been employed to resolve the challenges that are occurring during the process.

"The goal is for the Norwegian people to get the help they are entitled to in the best possible way," says Lerfald.

Lerfald is studying at second degree level and Jansen has a Master's degree from the Department of Social Anthropology (SAI). They both have experience from a number of exciting workplaces. Nevertheless, they characterise their work for NAV as a dream job.

“I feel like I’ve landed. I hope we can inspire and motivate anthropology students to see that working for NAV is, contrary to what many people might think, actually huge fun," says Lerfald.

The reality behind the figures

The anthropologists, IT developers and other NAV employees have just moved into state-of-the-art premises in Helsfyr in Oslo. The newly completed building houses the premises of the Norwegian Labour and Welfare Service which has a total of 19,000 employees nationwide.

Trude Lerfald has no doubt about the usefulness of anthropology in such an organisation.

“NAV is a mastodon of quantitative affairs. Our strength as anthropologists is that we can get behind the numbers. By talking to people and observing them where they live their lives, we can get to grips with their understanding of reality. This is a unique tool that anthropologists like us are trained to use," she says.

“We also receive very good feedback about this method from within NAV. As anthropologists, we convey narratives, we tell people's stories. Then you can really see reality from the perspectives of users. This is valuable knowledge for the organisation," says Lerfald.

Nav.no has around 40 million logins annually. NAV is always seeking to expand its knowledge about its users – and how both physical and digital services can be optimally adapted to suit different groups with different needs.

Jeanette Jansen explains that NAV is seeking help from anthropology Master’s students who would like to make one of the different user groups the target of their fieldwork.

She believes this could be an attractive opportunity, especially for those who are unable to conduct fieldwork abroad because of the coronavirus.

“As I see it, there are a number of advantages to doing fieldwork in Norway: for example, you don't need to learn a new language. Researching your own culture could also be an exciting challenge, involving a lot of new ground," Jansen says.

Jeanette Jansen points out that NAV can offer a wide range of courses that Master’s students at the SAI can study, such as researching the welfare state and how it works in practice. NAV has the opportunity to enter into cooperation with two or three students, depending on the issue. Unfortunately they are unable offer grants. Such opportunities are open and not limited to specific projects.

“But as an example, I can mention the following: what happens to those who have been laid off or are unemployed because of the coronavirus pandemic? With particular focus on young people and graduates: why are people between the ages of 18 and 30 contacting NAV? Should NAV make a special effort for young people? asks Jansen.

She also indicates that the Sami people might be an interesting subject for a potential Master’s project.

“Perhaps we have not placed enough focus on our own indigenous population in our anthropological research? It is very relevant for NAV to understand what it is like to be a Sami resident in Norway today, and how Sami users experience their contact with NAV," says Jansen.

She stresses that Master's students engaged in such cooperation have an opportunity to exert real influence.

“When I was writing my Master's thesis, I was involved a very exciting project that I was passionate about. But after I had submitted my thesis, things sort of petered out," said Jansen.

“If you cooperate with NAV or anyone else, your data and findings will be used, even after you have completed your thesis. The anthropological research that you conduct will have a tangible effect on actual people's lives in the near future.”