Through her position as Professor II at the Department of Social Anthropology, Penny Harvey has tried to put people intellectually in touch with each other. 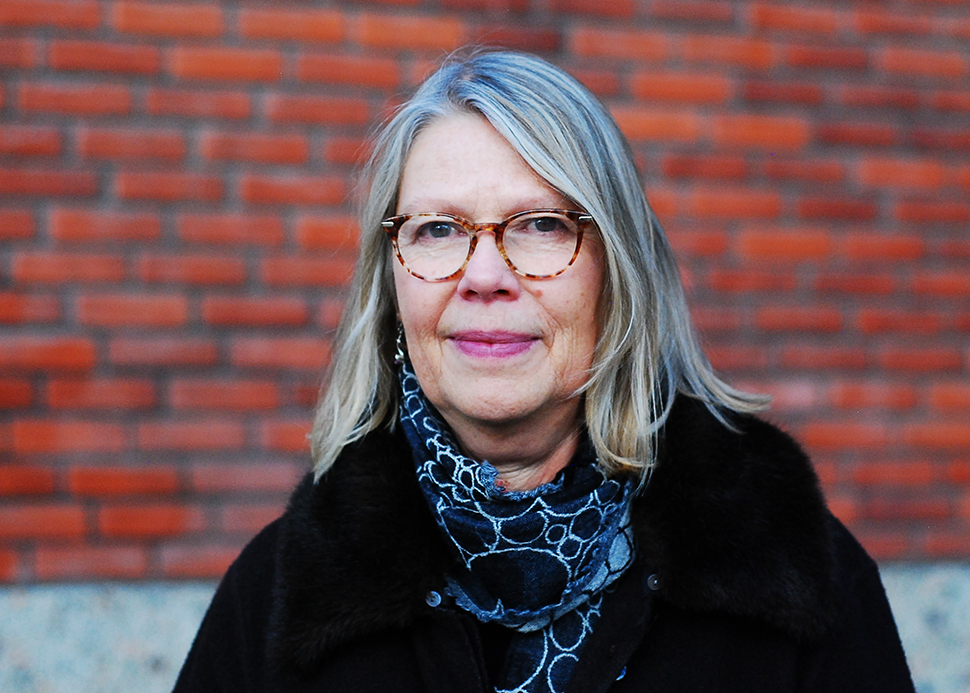 - For me everything is driven from an intellectual curiosity. I love being here, I love talking to people, hearing what they are doing, reading new books, getting new ideas, says Penny Harvey.

The Professor II is an adjunct position with a 20 percentage of employment. Such positions are often used when departments want to gain special expertise from people who have their main occupation elsewhere.

Penny Harvey is an internationally renowned anthropologist, with key knowledge in a wide range of domains. Through her fieldwork in Peru, where she amongst other things researched state formation through the building of roads, Harvey has contributed to developing the ethnographic focus on infrastructure in the social sciences.

End of the road

Approaching the end of her engagement, Harvey looks back at her time in Norway.

- I arrived when the project “Anthropos and the Material” had just started. It was perfect; the project provided a research space that I could join, she says.

- There were different reading groups in the project that were very active, but they did not interconnect that strongly. Since I did not have any teaching or administration commitments, I had time to go to the different groups and help to build links across them. 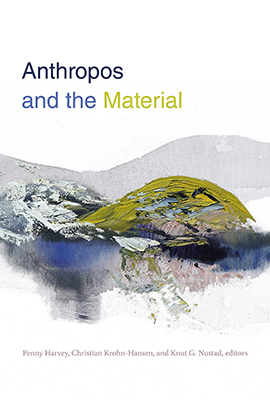 The collaboration led to an edited collection published by Duke University Press in the summer of 2019, entitled Anthropos and the Material. Furthermore, the work the different research groups started in 2012, later resulted in the publications Dislocating Labour: Anthropological Reconfigurations (2018), a special issue of the Journal of the Royal Anthropological Institute edited by Christian Krohn-Hansen and Penny Harvey; Domestication Gone Wild (2018), a book edited by Marianne Lien et al; and a special issue of Ethnos on rituals in 2019, edited by Jon Henrik Ziegler Remme and Keir Martin.

- I think it is good to have these kind of large projects in the department, because they create a space for people to think beyond their specific area of interest. I really just joined into that space, Harvey says.

Besides working on projects, producing the editing volumes and special issues, Harvey has been putting together workshops at the Department of Social Anthropology with the PhD-candidates and postdocs. At least twice a year, she would work out a topic and do a four-hour-session where she would present the overview, before each of the participants got the chance to discuss how the topic related to their ongoing project.

- We had some fantastic conversations. This is something that most members of staff struggle to find time for, I imagine.  The Professor II position is a wonderful resource for making connections across many different aspects in a department, she says.

- I love putting people in touch with each other intellectually, Harvey says.

She believes that the Professor II position can be an invaluable resourse for a department and its researches, by helping creating a space where you can talk freely and share ideas.

- Most people in academia simply do not have time for that. If you have teaching and administration, how much time is left to talk with other people about their projects? Harvey asks.

Harvey started working on computing infrastructures back in the early 2000, and more recently, with the book Roads: An Anthropology of Infrastructure and Expertise (2015) and an on-going research project on the nuclear power stations at Hinkley Point, on the UK’s Somerset coast, she aims to show how the building of infrastructure creates complicated social worlds, that include animal and other than human environmental forces.

- For example, a nuclear power station sucks in thousands of gallons of water every day as part of the cooling system. But, the system also draws in plant life, fish, and occasionally even marine mammals. A protest group in the UK claim that the existing nuclear power station at Hinkley Point kills two tons of fish every day, and that the new one will kill eight tons of fish every day, Harvey explains.

In response, the company that is bulding the new power station pointed to their unique fish protection measures that included the commitment to install an acoustic deterrent that would blare out noise, and thus scare off the fish. However, because of exceptionally strong tides in the area that would be dangerous for the divers building and maintaining the system, the company has now asked the government to relieve them of their obligation to install this particular device.

- In addition, the company said, the system would not even be particularly effective. Not all fish register sound in the same way, some effectively have very poor hearing, Harvey says.

Her work on Hinkley Point is characteristic of an anthropological perspective that foregrounds material relations. Rethinking the relationship between humans and their environment is crucial, Harvey thinks.

- Infrastructures of environmental protection, such as the acoustic fish deterrent, reveal so many intersecting and often incompatible elements that have somehow to be worked through, aligned for a system to work effectively. When the intention to abandon the fish deterrent was put up for public consultation, many different infrastructures, knowledges and values came into view, that contradicted or at times even worked against each other, she says.

Based on her work on the public engagement with large infrastructure projects in Peru and most recently at Hinkley Point, Penny Harvey has now been appointed to a government committee in the UK working to advise and to scrutinize policy on radioactive waste management.

- It is an ambition of the government to find communities willing to engage the possibility of housing a nuclear waste disposal facility. My role is to bring some anthropological ideas to policy makers who are attempting to work with the very dynamic  concept of “community”, Harvey says.

It is her first time on a standing committee, and she is looking forward to the work ahead.

- This is all very interesting. And the committee work will also help my research, because it will bring me into close contact with people I might otherwise not get the opportunity to talk to, Harvey says.