An Anthropological View: Building the city from below

- How can you build out an area in the immediate vicinity to an underground station so that people will actually want to be there? asks Thomas Hylland Eriksen. The employment market is opening up for applied anthropology. 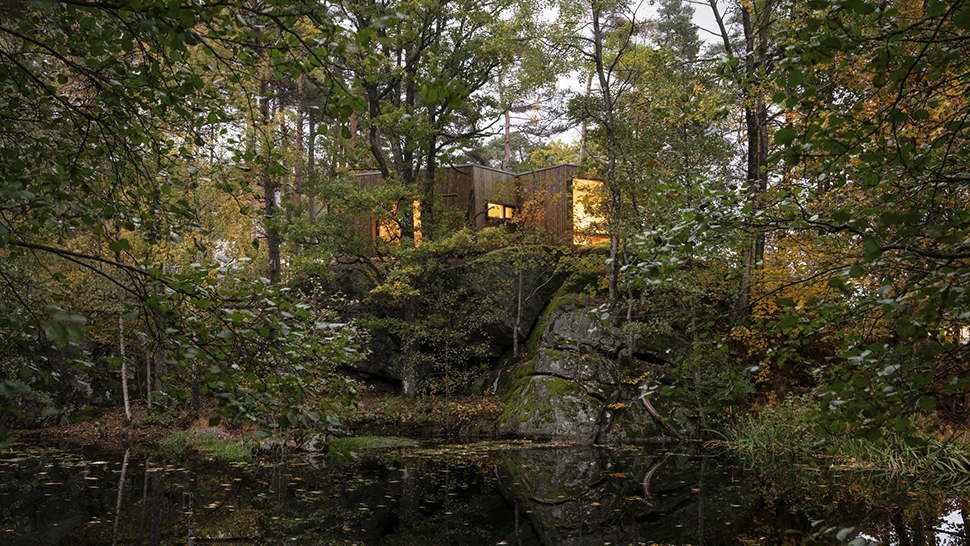 Open-air hospital at Rikshospitalet in Oslo: Is this a kind of project where social anthropologists can make a contribution? Photo: Ivar Kvaal

- I believe that anthropologists are about to find a niche in working life that no one had ever imagined would happen, says Thomas Hylland Eriksen.

The question of whether the world really needs anthropology was thus sought to be answered by both architects and urban planners as well as practising anthropologists, both within and outside of academia.

Thomas Hylland Eriksen was responsible for the final presentation,and perhaps not surprisingly, he is convinced that anthropology can be significant.

- Many actors are starting to see the value of the anthropologists' ability to be at close quarters with people and view the world with their eyes. It may be a matter of designing products, but also in the broader sense: designing an urban environment. How can you build out an area in the immediate vicinity to an underground station in such a way that people will actually want to be there? he asks.

In with the people

For Social Anthropologist Catharina Sletner, such issues are the hub of her daily activity. In Byantropologene, a team composed of anthropologists involved in urban- and site development, she and her colleagues work to highlight the opportunities and needs for anthropology in a city.

During the WWNA conference, Byantropologene held a workshop entitled "Practical Inhabitant Participation". A local environment study in the district of Bjerke is one of several projects that the team have worked on during the past few years.

In 2018, the Byantropologene were commissioned by the borough administration to investigate identity differences in the three sub-districts of Linderud, Veitvet and Slettløkka, as well as to survey activities and services for different groups.

- The intention was that we should find out why some people identify with one place rather than with another, and how to create connections so that the district of Bjerke would be viewed as an entity, says Sletner.

As part of the Groruddalssatsninga – Oslo Municipality's initiative to improve services and the local community in Groruddalen – the district of Bjerke has been awarded grants to develop a better understanding of their area and the residents living there.

Sletner explains how Byantropologene work with the local community study.

- We did a great deal of participant observation, in-depth interviews and arranged local community tours with young people, elementary school pupils, and senior citizens. I think the borough particularly wanted that we should did this, as it is easier to be accepted if you come in from the outside as an external actor and do not have direct executive power to influence, but rather can plead the cause of the inhabitants. We used the analysis method to filter the information that we received and to make it understandable and usable. In this way, initiatives could be taken in the right places, she says.

- We often work by acting as a kind of filter, between resident and client, says Sletner.

In the Norwegian Planning and Building Act, there is a sub-section that is intended to ensure inhabitant participation in connection with building processes. The intention is to strengthen local democracy, and to raise the voices of those do not usually make themselves heard.

Catharina Sletner finds that, as an anthropologist, she possesses an expertise that is in demand.

-We need your insight, we need to know more, the districts have told us. The attitude varies somewhat from district to district. But the district of Bjerke was clear that they wanted to draw upon anthropological competence and do qualitative work to obtain more than just big figures about their residents, she said.

Thus, the report from became a basis document for architects in their work with drawing in new connections, facilitating new walkways, and viewing the physical space in the context of social life.

- I acted as a kind of consultant. We worked on questions like: Where do young people feel unsafe? Then we used the findings from my survey to see where there was need for better lighting, benches and activities, for example.

But it hasn’t always been that easy to be an anthropologist in a self-employed capacity. As a university graduate, Sletner was not sure how to apply her expertise to working life.

- It has been a process and a great deal has to do with creating awareness of her occupation. I have had many meetings with property developers, engineers, and architects who have no idea what they can use me for. Then I have had to find a way to tell them about it, she says.

- I try to be clear and say that qualitative surveys are essential. Architects are fond of maps, and it becomes our task to step away from the bird’s-eye view, so that you build bottom-up and not the other way around. With real insight into local needs, you can develop buildings and places that are sustainable over time. The solutions are often simple and less costly than one might think. It is not necessarily about building people's castles in the air, but understanding what they represent – and how needs can be met in different ways.

The psychology of space

Marianne Sætre, Architect and Project Manager at Snøhetta, is occupied with the connection between the people who inhabit the city and the buildings that are being built in it. At the WWNA conference she gave a presentation about the psychology of space: How the experience of a place, a building, a room, can have a psychological effect.

The Opera House at Bjørvika in Oslo is a successful example of the way in which architecture can be a beacon in an urban landscape, but Sætre also highlighted a smaller project: Friluftsykehusene (the open-air hospitals) currently being realized as an extension of Sørlandet Hospital in Kristiansand, and  Rikshospitalet in Oslo. Small wooden huts, designed by Snøhetta, have been built in forest groves next to the hospitals. The idea has been to create a free space for patients and their next-of-kin in natural surroundings.

Bent Høie, the Minister of Health, officially opened the facility in Oslo in June 2018 and everything indicated that the offer would be a success.

- The open-air hospital represents a project that is based on both research and an identified need on the part of next-of-kin, and a foundation that wants to offer this gift to more hospitals. A gem of a project. Everybody's happy. But it is surprising that, one year after it was completed, those who received this gift still have a challenge in finding out how to put this building into more use. We are now working to find out why, says Sætre.

The question is how is it possible to build a bridge between the hospital as a large institution and the small hut in the forest grove, which is something entirely different. Sætre says that the offer is integrated into Rikshospitalet’s daily activities, but in the evenings it is used less than what the foundation and other donors of the gift had foreseen.

- This is also about understanding human behaviour. Is this a perspective where social anthropologists can make a contribution? Sætre asks.

- This is something that applies to several projects I have worked on, that it lacks a dimension in the process of identification: Why are we doing this? In many processes, there is a clear idea about what ought to be done, and all the good that is going to come out of it. But the visions do not always coincide with an identified need. The question of "why" must perhaps be given more attention, she says.

Thomas Hylland Eriksen believes an ethnographic approach can be brilliant for such purposes, precisely if one wants to understand users' needs, and thus facilitate projects in the development of services and development of buildings and cities. In many other countries this way of applying anthropology is already an established part of trade and industry.

In this way, anthropologists can contribute both to quality assurance and follow-up, but also in the initiating phase. Participation can act as the catalyst, not just the end point of a project.

Applied anthropology, according to Thomas Hylland Eriksen, is a field in rapid development.

- Who would have thought twenty years ago that there would be something called design anthropology? Eriksen asks.

- At that time we thought in a very conventional way. You could have got a job in the Rainforest Fund (Regnskogsfondet), the Norwegian Directorate of Immigration (UDI), some NGOs or perhaps as a journalist. It's fun to observe how some of the pretty basic skills we possess are being given new opportunities for use in the employment market, he says.