Emotion Understanding in Children across Cultures

This project investigates the impact of culture on children’s emotion understanding, with a focus on children between 2-3 and 11-12 years old. 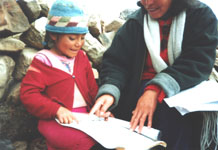 The development of children’s understanding of the nature, causes and consequences of emotions has been extensively investigated the last thirty years. The individual and family origins and the consequences of this development on children’s psychological well-being, pro-social competences and school achievement have also been the object of numerous studies.

Very few projects tried to investigate the impact of culture on children’s understanding of emotions. A better comprehension of this impact should participate to the identification of some of the social origins of emotion understanding in children. It should also participate to the implementation of intervention programs promoting such understanding at school. Data has been collected from Europe (Norway, Denmark, France, Switzerland, Spain, and Italy), America (Canada, Quechua of Peru, and deprived and wealthy children from Brazil), West-Africa (Fongbé of Benin), Middle-East (Arab Christians and Muslims from Lebanon and Jordan), and Near-Oceania (Australia). 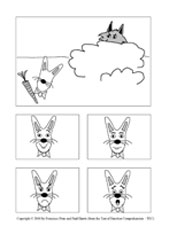 This project has four main goals:

This project is at the intersection of developmental, cultural, differential and educational psychology. It builds on a tradition of international research on the development of children’s emotional competences (i.e. the capacity to experience, recognize, express, control, regulate and understand emotions).

The project has been and is being funded by external grants in Canada, France, Spain, and Switzerland, and the University of Oslo.