On Dignity and Humiliation

Evelin Lindner has explored the theme of humiliation, or what she calls "the nuclear bomb of the emotions," for 45 years. 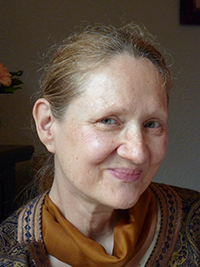 From terrorism, war, and genocide to hatefully polarized societies to bullying and domestic violence, they often have their roots in the same dynamics of humiliation. How many of the world problems can be explained by humiliation? What happens when people feel humiliated or trampled on? If dignity is an antidote to humiliation, how can dignity be promoted?

Does a country like Norway carry a particular responsibility? Is the cultural heritage of Norway of any significance, the heritage of likeverd, dugnad, and global responsibility (Fridtjof Nansen)? What is the role of academia in this context? What is the position of psychology as a field of inquiry and as a practice?

This talk is based on Evelin Lindner's most recent book titled Honor, Humiliation, and Terror published in 2017, and the book she is finalizing just now, titled From Humiliation to
Dignity: For a Future of Global Solidarity.

She will also share some of her experiences from the Amazon Rainforest in August and September last year.

She is the founding president of Human Dignity and Humiliation Studies (HumanDHS), a global transdisciplinary community of concerned academics and practitioners who wish to promote dignity and transcend humiliation around the world.

Her first book, based on her doctoral dissertation in psychology, Making Enemies: Humiliation and International Conflict, was honored as "Outstanding Academic Title" by the journal Choice in 2007. Desmond Tutu wrote the Foreword for her third book Gender, Humiliation, and Global Security. Her fourth book A Dignity Economy came out in 2012, and her fifth book Honor, Humiliation, and Terror came out in 2017.

Department of Psychology
E-mail this page