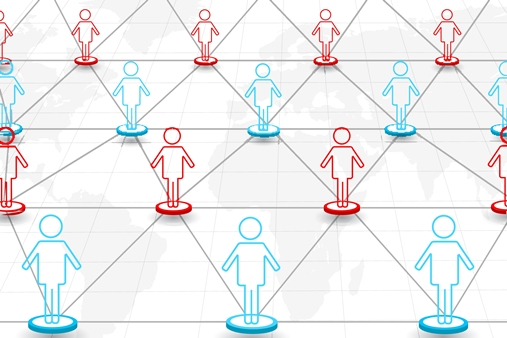 The project will provide a truly comparative study of the varieties and impact of party-group relationships on a scale hitherto unparalleled within the social and political sciences. It will break new ground by examining party-group links from both sides rather than using either groups or parties as starting point. Aiming to renew both theory and methods within party/interest group research, we believe this new study will be of great value to the different kinds of scholars concerned with questions about the nature and effects of varying party-group relationships in democratic politics, and may also impact on those who run, belong to and report on the organizations involved.

The relationship between political parties and interest groups is a multi-dimensional phenomenon, and how to study it is open to debate. Accordingly, we will first look for a way to conceptualize party-group relationships that reduces the dimensions along which they can vary so that, after having mapped similarities and differences, we can examine the factors that shape them and their political impact. Empirically, the major goals of the project are to:

In this way, we also hope to expose the broader role of party-group relationships in democratic governance. For more information on the conceptual issues, research questions and hypotheses of the project, please contact the Principal Investigator, Elin Haugsgjerd Allern.

The project will be designed as a genuine comparative study across countries. With an eye on tractability and feasibility, we concentrate on the national/leadership level of politics. The units of analysis for are first, political parties and second, interest groups, but also the relationships as such (the dyads). Countries will be compared in terms of general patterns of party-group relationships. We look at the extra-parliamentary organization, but include parliamentary groups, too, since parties in some countries only have weak central organizations. In this way, we can also compare across ‘faces’ of parties, and touch more directly upon public decision-making as far as general patterns of influence is concerned. The project is divided into three main empirical modules: 1) an extensive study of all long-established democracies, 2) a detailed comparative study of parties and interest groups in 7-8 selected countries and 3) use of other (existing) data sets. The project includes a considerable data collection effort, including mapping of party statutes, a party survey, and an interest group survey, mapping of elite networks and perhaps also interviews with those involved in policy-making.

The project runs from Autumn 2014 to Winter 2020 and is financed by the national funding scheme "FRIHUMSAM Young Research Talents" (The Research Council of Norway) together with the University of Oslo. A core research group of nine persons (see List of participants) with complementary general expertise and different geographical backgrounds all contribute to the development of the conceptualization, the more detailed research design, to the data analysis and to publications. The team members also serves as advisors for the data collection in various countries/areas, supplemented by a few country supervisors to be affiliated (see List of affiliated researchers). All of the team members bring extensive, but only partly overlapping research networks into the project. The project will be managed at the University of Oslo, by Elin Haugsgjerd Allern. Numerous research assistants are engaged by the project, in different countries. Moreover, a postdoctoral fellow was recruited to work with the project manager in Oslo after the project started.

About 20 research assistants have worked for the project to date.