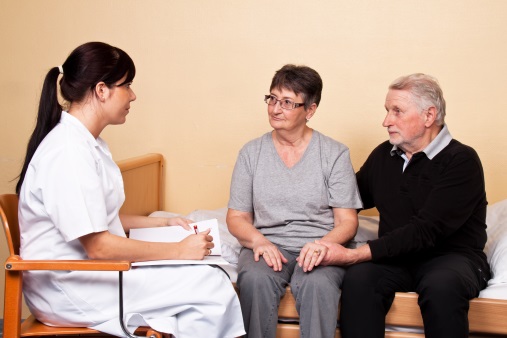 This research project aims, firstly, to develop knowledge about processes involved in the production, reproduction, circulation and changes in disease prestige hierarchies. It is previously known that such hierarchies are well established in medical culture, and this project intends to move from knowing this to knowing how.

Secondly, we wish to examine in detail how disease prestige relates to processes of prioritization in the health care system. To realize these aims we will make use of 1) an ethnographic and 2) a textual approach exploring different aspects of medical cultures. We will conduct participant observation in various settings in hospital wards treating patients with brain diseases. Textual expressions of prestige and priorities integrated in medical practice will be analyzed. Additionally, both observational data and texts will be collected from arenas where representatives from hospitals negotiate with representatives from municipalities about how different patients are taken care of in terms of where, how and why.

You can find more information, publications, and activities in Norwegian.

These questions are new to the health services and to social science research, although of great importance to health policy. An investigation into actual priority settings will be a valuable contribution to the sociology of rationing (Hughes and Light 2002) and to all other medical and social sciences involved in priorities research. Knowledge about what influences already existing priorities and the processes informing them could mean a great deal for the possibility of carrying through ethically justified priority settings (Kvalitetogprioritering 2010).

Disease prestige and priorities of the kind that interests us here are among the informal aspects of medical culture, and the project’s research strategy, ethnographic and textual analysis will reflect this. The ethnographic strategy will involve participant observation in social situations where diseases, treatment modalities and patients are being talked about and handled, and where decisions are being made. The textual analysis will concentrate on texts produced within institutions that provide treatment and other health services, texts produced in the hinterlands between institutions where admissions and discharges take place, and texts produced in exchanges between hospitals and the health services of regions and municipalities.

Moral and other judgements related to medicine are not new to research. A central concept is stigma, originating from Goffman's (1963) seminal work. In a more recent study Vassy (2001) analyses how judgemental categories used by the staff of an emergency department lead to the micro-rationing of care and in the 1960s Charles Perrow held an empirical interest in the influence of prestige in organizations, including hospitals (Perrow 1961). In a study of a large mental hospital Album (1991) found that wards were informally prestige-ranked according to the kind of treatment claimed to be characteristic of them. Choices of therapeutic methods were influenced by the prestige ascribed to them. Eliot Freidson (1970) suggested that the imputed legitimacy and seriousness of diseases denote the basic characteristics of their social meaning. Freidson did not present empirical material, and it does not appear that his ideas have been followed up. We do that here, making diseases and their diagnoses the central categories.

The project will be divided into three main subprojects: