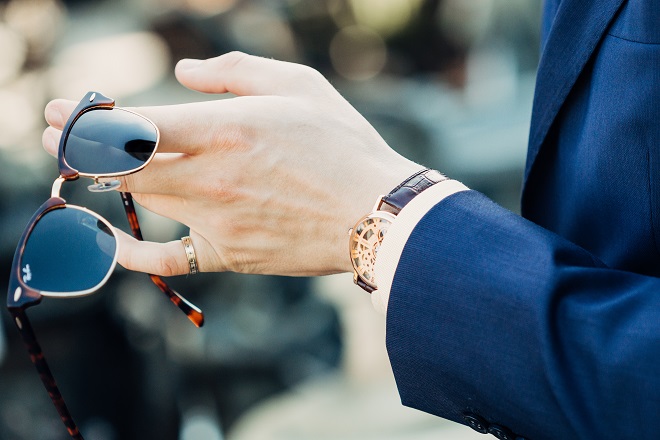 Norway is often showcased internationally as a relatively egalitarian society, but the inequality in wealth is actually quite large.

We like to think of Norway as a country where people have equal opportunities. But is this actually the case?

– The differences between people's financial assets seem to be quite large and in some cases increasing. This is a paradox, because Norway is often showcased internationally as a relatively egalitarian society, says Øyvind N. Wiborg, Associate Professor at the Department of Sociology and Human Geography, University of Oslo.

In one study from 2017, in which he uses register data from the whole population of Norway, he examined differences in wealth by region in the country. He studied changes over time and examined several different types of wealth. His study is published in the book «Oslo – ulikhetenes by» (Oslo – the city of inequality/differences), edited by Jørn Ljunggren.

– The differences in wealth are high in the country in general, and in Oslo in particular. While income gaps are low when compared to other countries, the difference in people's assets is actually almost as large as in the United States, Wiborg claims.

Disparities are greatest within the city of Oslo, but they are large in the entire Oslo region. In particular it is in people's financial capital where the greatest differences are to be found - these are recorded as bank deposits, securities, shares and bonds. From 1993 to 2012 financial capital grew by a great deal in this region.

– One tendency is that financial wealth is concentrated south-west of Oslo, along the coast of the Asker area. In Oslo there is a clear divide as Aker River cuts the city in two, east and west. Very few neighbourhoods east of the river have a high average wealth, explains Wiborg.

In total, around 70 percent of the richest live in the west of the city. One exception is the district of Nordstrand. This is a prosperous area to the south-east of Oslo with a view over Oslo Fjord, with good schools and wealthy neighbourhoods with high cultural and economic capital.

– Oslo is a divided city, and has become even more divided over time. This study of personal wealth demonstrates this, and it supports the findings of other researchers using different measurements of social stratification.

Wealthy people choosing to settle in the same area can lead to an increase in inequality between neighbourhoods and boroughs.

– There are many reasons why people move, and I have not recorded people’s motives in my research. One reason people move to west side of the city is to gain access to the best schools in the most attractive neighbourhoods, Wiborg claims.

In another chapter in the book, Marianne N. Hansen finds exactly this east-west divide in how elementary schools are rated, with the best schools being in the west.

– Which school one attends will affect a child's future opportunities, both in higher education and in the labour market. Where one grows up may be far more important than who has the finest iPad or the most expensive jacket.

Several studies have suggested that children who grow up in attractive neighbourhoods have better opportunities in life than others. Researchers Maren Toft and Jørn Ljunggren found in 2015 that this increases the chances of completing higher education and that it also increases the chance later in life of belonging to the higher socio-economic classes. This was especially true for working class families, according to researchers.

– This finding most probably reflects the fact the many more people own their own property now than previously. Property prices have risen dramatically during this period and many people have seen a substantial increase in their capital.

– With the exception of financial capital there has been a reduction in the differences in women's wealth in recent years. This means that today capital is more equally divided between women. I have not studied the causes of this trend, but maybe it can be explained by gender differences in property purchases and finances in within relationships, says Wiborg.

– For example, traditionally it has been the man who has taken care of financesve finances. Women borrowed money to a lesser degree than men and have seldom been registered as the borrower compared with today. But on this subject more research is needed to draw any conclusions.

Wiborg has measured inequalities in a variety of ways, one of which is the so-called Gini index. This is a statistical measurement that varies from 0 to 1. If the index is 0 for a community then all residents have equal income or wealth. The value 1 indicates that one person has all of the income or wealth.

According to Wiborg's findings, Gini indices for Norwegians' assets are generally between 0.6 and 0.9. Lisa A. Keister at Duke University in the United States, in 2014, found corresponding figures for the United States for financial assets and net worth. One other study from the same year by scholars Skopek, Buchholz and Blossfeld shows an equally high level also for Sweden and Denmark.

Wiborg's results for Norway are in agreement with previous research, for example that of sociology professor Marianne Nordli Hansen, who in 2012 found that the richest 1 per cent in Norway own 50 per cent of financial capital and up to 20 per cent of net assets.