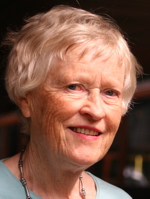 Since the late 1970s I have worked theoretically and empirically with the family context focusing on the life course, gender and parent/child relations. More specifically I have conducted qualitative research on fertility decisions and family seize, on cultural transmission in families with young children and on life course transitions among women who were young children during the Second World War and the German occupation of Norway. In the last few years I have primarily worked with issues related to work-life balance and childcare. My concern has been to explore if and how experiences on the micro level relate to structural conditions on the level of society, here included crisis of war and occupation. From a theoretical point of view life course perspectives as developed in the works of Glen Elder, Erik H. Erikson and Stein Bråten have inspired my work in addition to Anthony Giddens’ theory on agency and structure. Furthermore I draw on contributions in family – and gender research from scholars like Erik Grønseth, Harriet Holter, Jessica Benjamin and Arlie Hochschild.

Tags: Sociology
Try a new version of this publications list.