Alexander Cappelen, professor in economics at the Norwegian School of Economics and affiliated researcher at ESOP, has been awarded a Norwegian science communication prize, for his contribution to behavioral economics.

Are you going to write your Master's thesis at the Department of Economics or any other Department at the Faculty of Social Sciences, UiO, in the spring of 2014? If you plan to write a thesis that is relevant to any of ESOP's research areas, apply for a scholarship within 20 October 2013. The Most Prestigious Chinese Award to Storesletten

Kjetil Storesletten, Professor at the Department of Economics, is the co-winner of the Sun Yefang Award 2012 for the article "Growing Like China". It's the first time that this prize, which is the highest ranked Chinese award for economists, has been given to European economists.

Matteo Alpino, Martin Eckhoff Andresen, and Eivind Hammersmark Olsen are the three PhD candidates who start their work at ESOP this semester. 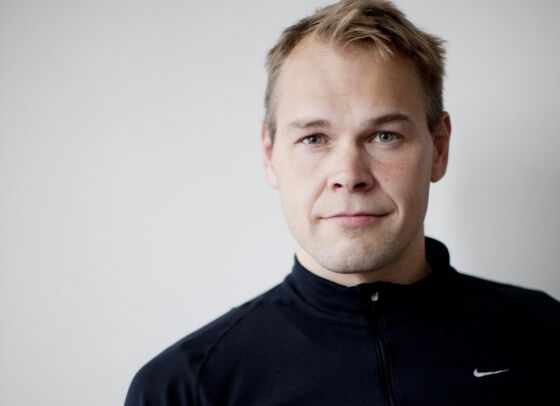 Bård Harstad, Professor at ESOP, has been awarded the Erik Kempe Prize in Environmen​tal and Resource Economics 2013 for his study “Buy Coal! A Case for Supply-Side Environmental Policy" in the Journal of Political Economy.

The Research Council of Norway has granted NOK 24 million through “Europe in Transition” to the interdisciplinary project “European Strains”, which will be led by Kalle Moene, director at ESOP. Jonas Hjort from Columbia University is visiting ESOP this summer. Ingvild Almås, Associate Professor at ESOP, has been awarded the Nils Klim Prize for young Nordic researchers in 2013. The award ceremony will take place in Håkonshallen, Bergen, on 5 June. The laureate will talk about "Global inequality and the Chinese growth miracle" in the Nils Klim Prize Dialogue 2013.

PhD student at ESOP Siv-Elisabeth Skjelbred together with The Choice Lab invites students at UiO to participate in an economic experiment on May 23rd and 24th. M.Phil. Ingrid Bjartveit Krüger at the Department of Economics will defend her dissertation for the Ph.D. degree: "What's Oil Got to Do With It? - Essays on the Political Economy of Resource Rich Countries." On 3 May 2013 Bård Harstad received The Fridtjof Nansen Award for Young Researchers for his contributions to political economy. Professor Vernon L. Smith, Chapman University, will give a lecture on how learning from economic experiments helps to inform the understanding of recessions and bubbles. Smith won the Nobel Prize in Economic Sciences in 2002 for having established laboratory experiments as a tool in empirical economic analysis, especially in the study of alternative market mechanisms.

The Annual report for 2012 has been published. Here you can read all about ESOP's results in 2012. Prof. Beata Javorcik (prof. II at ESOP) will give a PhD course "Topics in Empirical Trade and FDI" (ECON9402) at the Department of Economics for two days in March and three days in April.

Read more ...
Feed from this page
UiO > Faculty of Social Sciences >
ESOP - Centre for the Study of Equality, Social Organization and Performance > Research >