ESOP seminar. Fridrik Mar Baldursson is a Professor of Economics at Reykjavik University. He will present a paper entitled "Capital Controls as a Bargaining Device: The Case of Iceland", co-authored by Richard Portes, and Eiríkur Elís Thorlaksson. 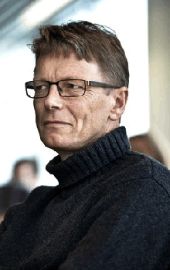 In January 2016 a consortium of US based hedge funds transferred assets worth $2.8 bn  – more than a fifth of Iceland’s GDP at the time – to the Icelandic state. The ‘voluntary’ transfer of assets and other related measures were a key step in the resolution of three Icelandic banks that collapsed during the banking crisis of October 2008. The transfer eventually made it possible to lift the strict capital controls Iceland had lived with since the crisis. The paper explains how the legacy of the failed banks in conjunction with a large stock of carry-trade funds locked in by the controls hindered lifting the controls, but also how the controls helped in resolving the banks and reducing the net fiscal cost of the crisis. A later attempt at resolving the carry-trade stock failed, however, resulting in a dispute with international investors. We employ a simple bargaining setup to model the strategic interaction between Iceland and creditors on the resolution of the failed banks as well as the interaction between Iceland and international investors on the resolution of the carry-trade holdings. Model outcomes are consistent with resolution by settlement in the case of the old banks, but calibration indicates a degree of overconfidence by the Icelandic authorities in the case of the carry-trade funds.