Public civility and hidden racism: duality of thought and action among white Norwegians

The majority of white Norwegians hold deep-seated racist attitudes and stereotypes, but superficially display egalitarian behaviour, according to Nina Høy-Petersen. In a recently published article, she shows that the duality of human cognition obscures people’s awareness of their own negative stereotypes, and argues that this makes confronting racism difficult. 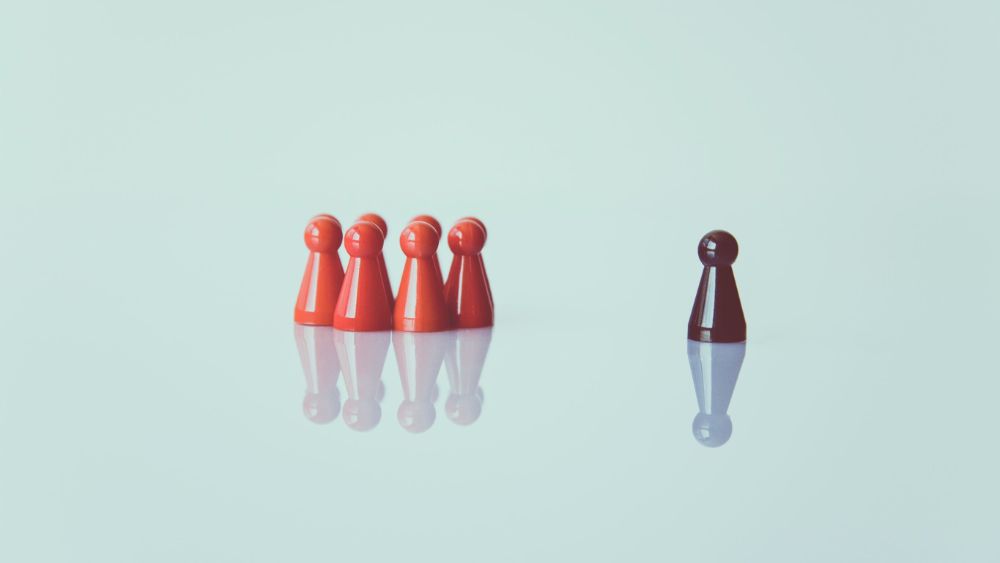 Photo by Markus Spiske on Unsplash.

The duality of thought and action

Often there is very little coherence between how we perceive ourselves and how we act.  The reason for this is that humans operate with two distinctive thought systems. One type of thinking is affective, intuitive, and only semi-conscious, but guides most of human action. This heuristic and automatic form of thinking commonly generates negative stereotypes and aversive emotions about foreigners. The other thought system, in contrast, is rational, conscious, and consists of social scripts that people have internalized from their social environment.

In Norway, these scripts predominantly (albeit not exclusively) focus on ideals of egalitarianism, civility, and humanitarianism that function as a kind of recipe for how to act to navigate social life, maintain social cohesion, and succeed in a multicultural society. As the majority of white Norwegians inhabit a combination of cosmopolitan aspirations alongside more deep-seated racially aversive affect, the same person is likely to engage in a combination of friendly hospitality and racism, depending on the context. And, although some subsections of Norwegians will present as more consistently racist or deeply egalitarian, the most dominant attitude pattern as detailed here, is one of public civility and hidden racism.

Interracial politeness as a civic duty

In mundane intercultural encounters, most actions are guided by people’s awareness of “what is right and good” regardless of how they feel about non-western immigrants. For example, my research shows that slightly less than 4 out of 10 survey participants reported immigrant-positive attitudes. Even so, more than 9 out of 10 would be equally polite and friendly towards immigrants and white Norwegians. Similarly, and even though close to half the population indicated they would prefer, to a more or lesser extent, that there were no Muslims in Norway, 9 out of 10 with this preference were nevertheless willing to help Muslims with directions or other simple everyday life things.

This finding that everyday interracial hospitality is mostly motivated by prevailing cultural values rather than genuine positive emotions was also echoed in in-depth interviews conducted as part of my doctoral project. As one older male with strong aversions for “Islamic people” explained, “it is my responsibility as a citizen to be welcoming towards them in the streets, regardless of how I might “feel””. Similarly, a young woman said that she would more often smile to immigrants than white people, stating, “I feel an obligation to make people feel included… But I’m not interested in visiting [their] home, if you know what I mean?”.

In fact, many interviewees sought out superficial engagement with immigrants in easy and manageable forms as attractive opportunities to develop an egalitarian sense of self. Their friendliness did not indicate an absence of stereotyping and negative affect. Instead, interviewees reported feeling good about themselves by virtue of approaching what they clearly perceived as ‘Other’ – ironically making racialization a key motivator for encounters with immigrants. For example, one interviewee had initiated small talk with an immigrant jogger because he was different, to prove to herself that she is colour-blind. Most of the time, however, interviewees kept their interracial encounters superficial, and did not use these contexts to challenge boundaries or racial hierarchies of power and value in any significant way.

Navigating boundaries through touch and trust

The preference to avoid or reject immigrants increased in action scenarios that require more closeness, and that enable people to act on their automatic thinking without losing social acclaim. Responding to a scenario of deciding who to massage, more than 4 out of 10 would feel more comfortable massaging a white rather than Somali body, although 1 of these 4 would challenge their aversions and opt to massage a Somali individual regardless. In-depth interviews shed light on the thought process behind these numbers, with people detailing an automatic aversive response followed by rebuttal from controlled rationalizations, such as, “I would choose the Norwegian. The Norwegian has better hygiene … although I know that’s not true”.

In relation to behaviours hidden from public view that also require genuine trust in the moral integrity and competence of immigrants, the numbers of people who would prefer to act according to automatic racial aversions rose dramatically. Close to half of the Norwegian majority population reported that in the scenario of opening an ‘office business’, they would prefer to employ white Norwegians, and 7 in 10 would rather buy a used car from a white Norwegian seller. Interestingly, even among people who reported positive feelings about immigrants, just over half would prefer to buy a used car from a white Norwegian seller. Interviewees responded similarly, although commonly attempting to balance their self-presentation by inserting egalitarian cultural scripts into their narratives. As one man explained, “I would hire Norwegians. Many Polish and other people take shortcuts ... I would look at the person rather than their skin-color, but ... Norwegians only want what’s best”.

This research gives certain indications about the majority of white Norwegians’ interracial behaviour: they predominantly practice simple and instrumentalist forms of openness towards immigrants that give the benefits of egalitarian cultural value without the cost of destabilizing racial or cultural power hierarchies. Up towards half the population also practice covert forms of racism that sustain white privilege without risking personal stigmatization by the wider society.

Interestingly, people tend to remain quite incognisant of the racial aversions that reside in the ‘automatic’ thought system, and the behaviours that they motivate. This is likely because automatic thought processes are only semi-conscious and not so easily verbalized. In contrast, we are hyper cognisant of cultural ideals, and it seems that performing egalitarianism, politeness and friendliness towards immigrants in simple everyday encounters as well as multicultural consumption and travel, is enough for people to develop egalitarian self-concepts.

Indeed, most of the interviewees in this research gave themselves high ratings on a scale of openness regardless of their rejection of immigrants. For example, when asked to place themselves on a scale of openness to people of other cultures, where 10 is completely open, one individual who specifically stated he would not like to have “a coal black African in the office” self-identified as an eight or nine. Another interviewee who disclaimed aversions about touching dark bodies or trusting immigrants, perceived himself to be a 9 on the openness-scale regardless. In short, many white Norwegians continue to self-define according to the more rational and egalitarian thought system even when we often act according to racist intuition and affect. As discussed in the article, although it is arguably good that most people suppress racial aversions in public, this also makes racism difficult to confront and change.