Inheritance as Alternative to Ethnographic Empathy with the Far Right

Some ethnographers of the far right underscore the importance of approaching research participants with empathy. This article criticizes that perspective and proposes Elaine Castillo’s concept of “inheritance” as an alternative, arguing that inheritance allows us to situate far-right actors' affective investments within a white supremacist, capitalist, heteropatriarchal social formation. 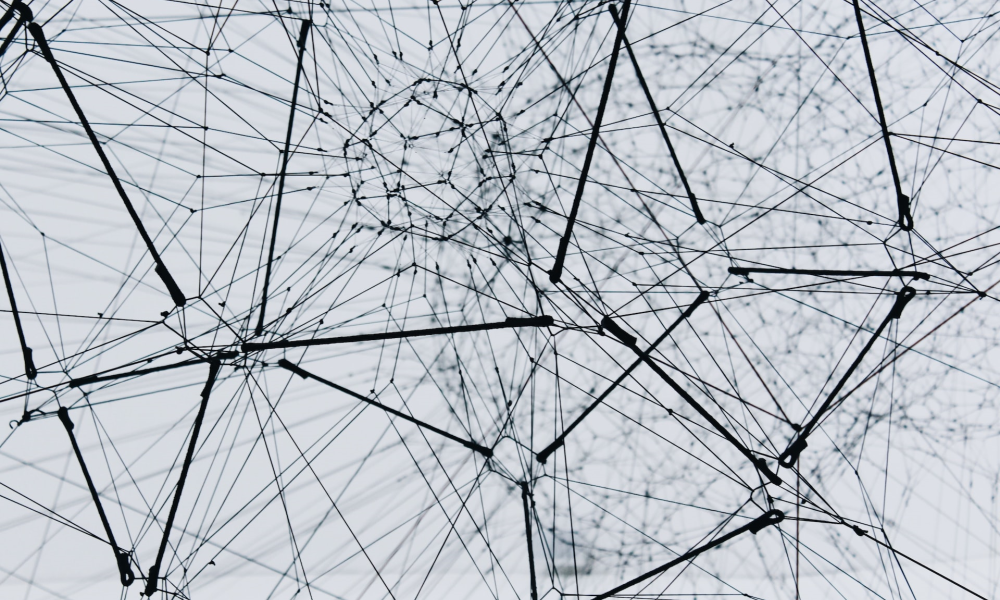 Image by Alina Grubnyak, used under the UnSplash license.

Among some ethnographers of the far right, there has been a call to empathize with research participants: to suspend one’s politics and disdain for participants’ abhorrent beliefs and take seriously their experiences of the world. Some have gone a step further, advocating for collaboration and “depoliticizing” one’s approach to uncover what makes far-right interlocutors “unsympathetic” in the first place. Empathy, some argue, allows us to mitigate the risk of “othering” far-right adherents, who are already “stigmatized.” Yet, as many have pointed out, empathy allows a reading of far-right radicalization as flowing from legitimate political and economic grievances, thus taking white affective claims of racial exclusion and racial oppression at face value. Moreover, this tendency dangerously upholds white supremacist methods within the social sciences and mobilizes a superficial understanding of class to justify actions that harm marginalized communities.

As an anthropologist, I find value in relating to interlocutors in ways that allow us to glimpse how they experience the world. Certainly, understanding the resurgence of far-right movements entails examining adherents’ understanding of their place in the world. Yet, I also believe that inquiry cannot come at the expense of those at the sharp end of far-right politics. In fact, I question the point of research on the far right that does not prioritize the well-being and liberation of marginalized peoples. How then do we approach far-right research participants ethnographically, i.e., take their experiences seriously, without reproducing systemic injustices?

I propose Elaine Castillo’s concept of “inheritance” as an alternative to empathy in ethnographic encounters with far-right research participants. Inheritance refers to how history and power relations shape all of us, and therefore shape the way we “read” each other. Writing about how to read writers of color, Castillo criticizes the dictum that we should empathize with their experiences. Empathy, she argues, allows us to think of ourselves as distinct from other people rather than as mutually constitutive of – and constituting – each other and the world. As she writes, “the logic of empathy…would have us believe that other people tell stories, which are there to make us feel things”. In contrast, relations are central to the logic of inheritance: it involves “knowing ourselves as fundamentally made possible by – and fundamentally reliant upon – other people, both living and dead”.

Ethnographic encounters fuelled by the logic of inheritance can enable us to avoid regarding far-right participants as distinct from ourselves while remaining explicit about the racialized, gendered, and classed power structures their politics seek to maintain. For instance, we might recognize “Great Replacement” narratives as acute manifestations of an ongoing investment in maintaining white cis male supremacy. Rather than aberrant and fundamentally separate from the lives of non-far-right adherents, we can attune ourselves to how white anxieties about being “replaced” by Black and Brown people can only exist in social contexts built on genocide and oppression of non-white peoples. Far-right adherents may feel excluded, stigmatized, or under attack, but these feelings are socially and politically situated. In this way, “Great Replacement” narratives are our collective inheritance. The ways in which they are constructed and mobilized reflect a world where challenging even quotidian forms of whiteness can have deadly, reactionary consequences. This is a world that shapes everyone, albeit in different and unequal ways, and a world that we continually shape through our interactions with one another.

Bracketing off context – putting aside one’s politics – is quite political. Empathizing with far-right interlocutors is a form of what Castillo calls “nonpolitical storytelling,” one that “asks us to uphold the lie that certain bodies, certain characters, certain stories, remain depoliticized, neutral, and universal”. Ethnography is a useful methodology, because it can lead us to do the opposite: its promise is to help us reveal how people make sense of the world in ways conditioned by power dynamics and by history. By keeping far-right participants “forever safe from [our] politics”, ethnographers who employ empathy both miss out on ethnography’s promise and participate in naturalizing the experiences of white cis male supremacists.

To be clear, I am not arguing that far-right adherents’ feelings are not worth our attention or study. Feelings and affect motivate political action and reflect negotiations with social, political, and economic phenomena. Rather, I am asserting that feelings expressed by far-right adherents, about their supposed social marginalization or exclusion, emerge in a heteropatriarchal, capitalist, settler-colonial, and white supremacist social formation. This is the reality that empathy dangerously obscures.

Keeping white authors, readers, and far-right research participants safe from politics – empathizing with them – is not limited to the worlds of social scientific research or literary criticism. How we are all disciplined to act within a heteropatriarchal, capitalist, white supremacist world can be understood as a form of empathy. Regarding fiction and politics, Castillo writes:

It’s not without some irony that I look around and note that the writers and artists who are the most disdainful of art’s edifying function, the people who seem most openly suspicious of – and threatened by – the idea of politics in fiction, or indeed empathy-building in fiction, are also the people who have historically benefited the most from the universal goodwill and empathy that is afforded someone living in a cis, white, middle-class body. Because what more powerful empathy machine do we have than heteropatriarchal white supremacy.

We can say the same about ethnographers. I do not think that the social positionalities (race, gender, disability, sexuality, class, etc.) people occupy guarantee the quality of their politics. However, I do think that we, at least from where I am writing in the US, are conditioned, pressured, and rewarded to uphold what Zuberi and Bonilla-Silva have termed “white logics” and “white methods”. Refusing to question the structures and institutions that uphold white cis male supremacy in the US – i.e., depoliticization – when examining the stories of far-right actors constitutes an acquiescence to the “empathy machine” of heteropatriarchal white supremacy. Empathy in research with the far right, then, is not limited to practising empathy in one-on-one ethnographic encounters. It is linked with the same, often unmarked, empathy machine that we in capitalist, white-dominated settler colonial societies are disciplined to reproduce.

In this time of far-right resurgence, we cannot afford to ostensibly depoliticize our modes of inquiry. Instead, we must lean into our political convictions and examine for whom and for what purpose we are doing this work. If it is for our collective liberation, then we must abandon empathy: we must reckon with the collective burden of capitalist, heteropatriarchal, white supremacy and act based on our entanglements with each other.

By Rae Jereza
E-mail this page