The Rise of the Fascist Cadre: Shifts in Far-Right Organising in Australia

Jordan McSwiney examines the state of the far right in Australia today, tracing its evolution through three recent phases of organising. Beginning with a series of protest mobilisations and followed by a period of electoral growth, the Australian far right is today increasingly coalescing around more extreme and potentially terroristic neo-Nazi cells, raising significant concerns for Australian security. 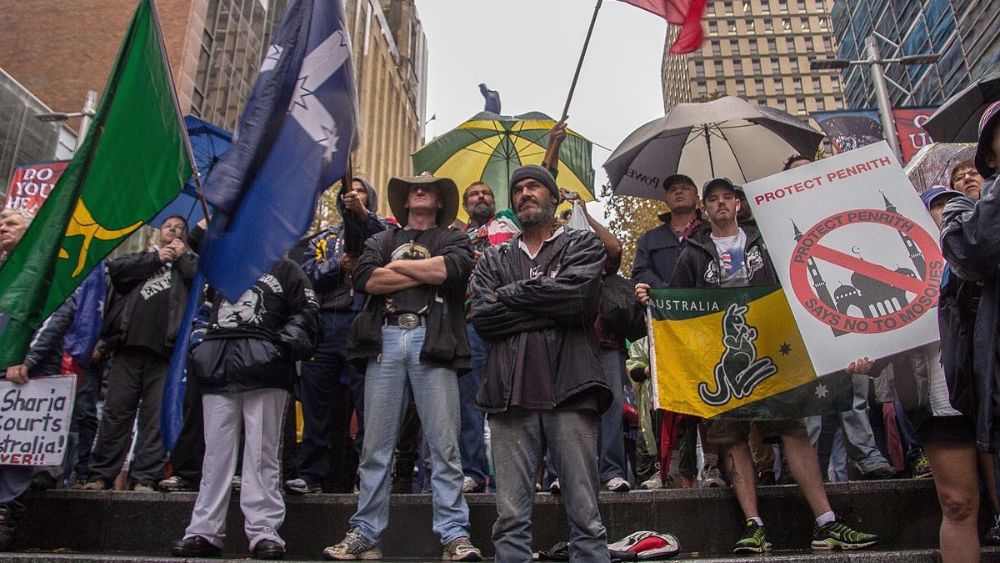 This blog post is based on the C-REX Webinar series Global perspectives on the Far Right. Click here to watch the recorded session with Jordan McSwiney or to sign up for the webinar programme. The next session will be held on 2 June, in which Tamta Gelashvili will discuss the far right in Georgia.

Reclaim Australia and the Rejuvenation of the Australian Far Right

Though the far right has a long history in Australia, much of what we see today began in earnest with the nation-wide protests organised by a group called Reclaim Australia in 2015-2017. Drawing on the many Australian anti-Islam, anti-immigration, and anti-refugee and asylum seeker projects which had been active for years on social media platforms like Facebook, Reclaim Australia marked a turning point by bringing Australian far-right activism from the internet out into the street.

These protests opened the political space for the rejuvenation of an otherwise largely moribund far right. Under the Reclaim Australia umbrella, far-right activists new and old were able to recruit and coalesce, leading to the formation of a number of break-away organisations. The most important of these was the United Patriots Front, a group founded by a mix of neo-Nazis and Christian fundamentalists in 2015. The United Patriots Front saw itself as something of a vanguard of Reclaim Australia and was more willing to engage in physical confrontations with counter demonstrators, earning it a reputation for violence before the group folded in 2017. During its time, the United Patriots Front built a significant support base, with more than one hundred and twenty thousand followers on Facebook, among them the Australian man who would go on to commit the 2019 Christchurch Massacre.

Party Mobilisation: Between Election Campaigns and ‘It’s Okay to be White’

At Reclaim Australia’s peak, the protests were used by Australia’s most successful far-right politician, Pauline Hanson, to launch her political comeback. At the 2016 federal election Pauline Hanson and her eponymous Pauline Hanson’s One Nation party achieved an unprecedented result with the election of four One Nation senators to the Australian parliament, including Hanson.

Since returning to parliament, Hanson and One Nation have regularly made headlines, albeit less for their nativist policies than for their political stunts. Afterall, Australia’s immigration and border regime has been an inspiration for the far right around the world, earning the praise of  Donald Trump, Matteo Salvini and Nigel Farage, among others. Instead, stunts like Hanson wearing a burqa into the Senate or introducing a motion to parliament declaring that ‘It’s Okay to be White’ – a phase based on a white supremacist meme – have helped keep One Nation in the spotlight.

However, these stunts have not been enough to maintain One Nation’s growth, with two of the party’s federal senators defecting and a series of scandals keeping the party on the back foot. This was followed by underwhelming results at the 2019 federal election and a wipe-out at the 2020 Queensland state election. So, while One Nation will maintain some parliamentary presence for the years to come, it seems that the far right’s electoral wave has broken and rolled back in Australia.

With no mass-based movements and diminishing electoral returns, the Australian far right appears to be moving increasingly into a third phase of organising: building a committed fascist cadre outside of either the party or movement space. While such organisations have existed alongside far-right movements and parties in Australia for many years, the emergence of a new group calling itself the National Socialist Network points to a trend towards cell-based organising in the Australia far right.

The National Socialist Network emerged sometime in late 2019 to early 2020 and drew heavily from two other organisations. The first, was the neo-Nazi accelerationist group Antipodean Resistance which grew from the transnational fascist forum Iron March. The second, the Lads Society, was a white supremacist “men’s club” which grew from the ashes of the United Patriots Front, and operated community centres where members to come together to work out, learn to fight, and study fascist literature. Notably, the Lads Society had tried to recruit the Christchurch shooter to the group sometime in 2017.

Led by former United Patriots Front and Lads Society founder Thomas Sewell, the National Socialist Network has successfully employed a repertoire of trolling Australian Jewish organisations, brazen media stunts such as a cross burning, and a recent assault, to generate enormous media attention and position itself as Australia’s leading neo-Nazi organisation. While the group may claim that they do not advocate violence, the National Socialist Network nevertheless creates an atmosphere which promotes and celebrates far-right extremism and violent action through their belief that there is no “political solution”.

At the same time, the transnational neo-Nazi terror network The Base have sought to establish a local franchise in Australia. Several Australians have sought to join The Base, with leaked tapes outlining how the organisation attempted to recruit young Australians, often drawing on pre-existing groups like the Lads Society. Among those seeking to join the terrorist network, was former Pauline Hanson’s One Nation candidate Dean Smith, who stood for the party at the 2019 federal election.

Where to Now for the Australian Far Right?

The growing prominence of cell-based organisations like the National Socialist Network corresponds with a growing interest in far-right extremism by Australian security agencies. According to domestic spy agency ASIO, far-right violent extremism now comprises about 40% of their domestic counter terrorism caseload. Meanwhile, an ongoing parliamentary inquiry into extremist movements and radicalism in Australia has increased discussion of possible proscription of far-right organisations, as well as the display of extremist symbols and circulation of extremist materials, such as swastikas or the Christchurch shooters manifesto.

Depending on the outcome of the inquiry, and the pressures of ongoing police and counter-terrorism investigations, it's likely that a group like the National Socialist Network may splinter and turn increasingly to a “leaderless resistance” model of organising. At the same time, any shift in policy direction appears likely to continue down a securitised path, rather than adopting more community intervention orientated responses along the lines of recent developments in Germany or post-Christchurch recommendations in New Zealand.