An effective ban on foreign fighting? Wider implications of the Czech policy towards foreign (terrorist) fighters

“Foreign terrorist fighters” (FTFs) are commonly understood as being synonymous with jihadists. But what if we were to be faced with a foreign terrorist fighter, who is not a jihadi and is hardly ideologically motivated at all? C-REX Postdoctoral Fellow Kacper Rekawek discusses the recent conviction of three Czech foreign fighters involved in the conflict in Ukraine, who fall into that category. Their cases differ substantially from their jihadi counterparts and offer a fascinating insight into how different Western states approach the issue of their citizens or inhabitants deploying to foreign wars. 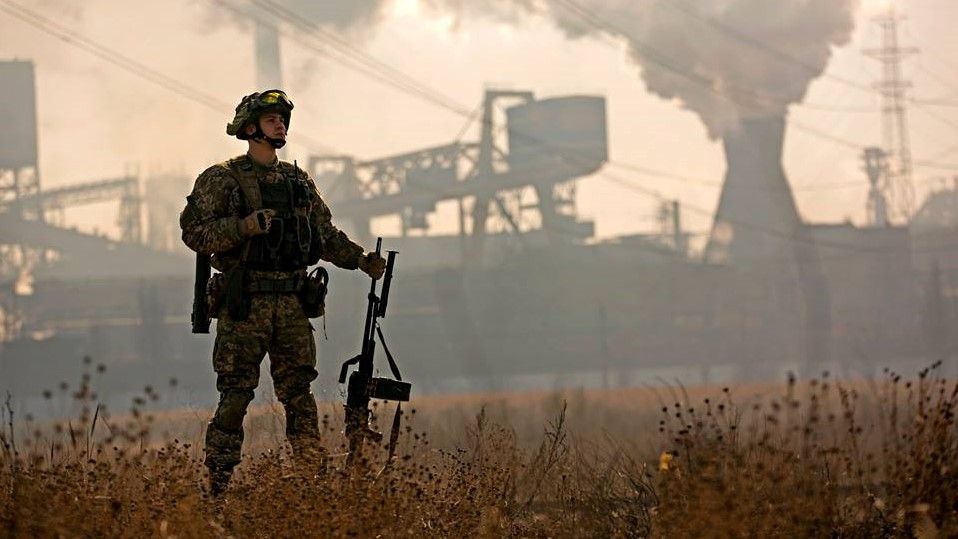 By early September 2021 three Czech foreign fighters who joined the “separatists” in Eastern Ukraine, Oldřich Grund, Jiří Urbánek and Lukáš Nováček, have been tried and sentenced, two in absentia, by the Czech courts for “preparation of acts of terrorism” in Ukraine. All received of 15-to-20-year prison sentences. They had not been the first fighters to have been tried in the Czech Republic for their deployment to Eastern Ukraine and their joining of the Russian-backed “separatist” militias, who have seized large parts of the Donetsk and Luhansk regions and declared the establishment of two (internationally unrecognized) independent republics in 2014.

Whereas jihadists who joined ISIS often receive terrorism-related sentences upon their return, governments have tended to look the other way when foreign fighters have returned from Ukraine, including the far right militants of whom some would have gone to Ukraine and fight in the conflict because of their pro-separatist nationalistic convictions. Although Grund, Urbánek and Nováček were not ideologically motivated, they were the first to be tried for terrorism and receive such heavy sentences, unlike various other Czech fighters who have been tried by local courts earlier for activities in Ukraine, and received more lenient punishment. Nonetheless, the Czech trio now belong to the foreign terrorist fighter (FTF) category, unlike their far-right Czech brethren whose cases are still going through the local courts. After the sentencing of Grund, Urbánek and Nováček however, it is hard to see the Czech courts sentence other foreign fighters to less severe punishments.

The war in Ukraine: an ideological melting pot

It is true that the conflict in Ukraine has attracted thousands of foreign individuals to its front lines. The majority of them have been Russians. Usually, they were nationalistically motivated but only a fraction of their disputed numbers (some sources claim up to 200) were members of extreme right organisations. To complicate matters further, some of the Russian far rightists also joined the Ukrainian volunteer battalions fighting for territorial integrity of Ukraine as they felt they had to make a stand against the regime of president Putin, which introduced stringent repressive measures against the far right militants at the beginning of the 21st century’s second decade. Just as the Russian far right milieu was having its doubts about the war in Ukraine, the situation was not entirely different all-around Europe. As far right parties and groups debated this war, and sometimes shifted their positions, their sympathisers and voters aligned with either Kyiv or Moscow and in some rare cases actually ventured eastwards to the front lines. Notable examples of  “nationalist” contingents included several Swedes, some of whom had been members of the Party of the Swedes (Svenskarnas parti, SvP) on the Ukrainian side or Italians on the “separatist” side, allegedly recruited by a former far right football hooligan.

This, however, is not the whole story as the ranks of the foreign fighters involved in this conflict include individuals with far left or “brown-red,” i.e. fascist-communist convictions. Here, their pan-European nationalisms meet traditionalism, virulent anti-Americanism and pro-Russianness and is understood as a clear-cut alternative to liberal globalisation. A very broad ‘ideological tent’ that, theoretically, could accommodate a variety of fighters from either far right or far left backgrounds. Indeed, the unit most emblematic of this “brown-red” mobilisation featured French Eurasianists, Spanish leftists who thought the Ukrainian war is like the civil war in Spain, and Serbian nationalists.

This broad ‘ideological tent’ also features some Czech and Slovak fighters who are seemingly post-Soviet, far left internationalists, but in reality, think and act along far right lines. Some of these come from an organisation called the Czechoslovak Soldiers for Peace which sent its members to Donetsk (the “capital city” of one of the “separatist” republics in Eastern Ukraine) so that they would receive paramilitary training there and return to teach their “findings” to their comrades in arms back in the Czech Republic. We can only speculate why Czech self-defense, anti-immigrant, non-state, pro-Russian paramilitaries would need training from someone who had just been in a war. Their anti-state rhetoric and statements, however, might have suggested that the intention was to prepare acts of violence back at home. Going “there” to do violence “here” – seemingly a classic strategy of returnee foreign fighters who were meant to have been such a threat to Europe when coming back from Syria.

Bizarrely, it took years for these individuals to suffer the consequences of their allegedly subversive activities. As the Czech Republic and Russia found themselves in a prolonged diplomatic spat earlier this year, the Czech police arrested three key members of the evidently pro-Russian and openly subversive Czechoslovak Soldiers. Some might say, what a “coincidence,” a convenient thing for the Czech Republic to do in the middle of a dispute with Russia. Interestingly, however, this intervention coincided with not only the state-to-state dispute but the conclusion of court proceedings in some cases against the Czech pro-separatist fighters from Eastern Ukraine.

From minor to major sentencing

Unlike in many European countries it is illegal in the Czech Republic to join an armed force of a foreign state without the authorisation of the Czech Ministry of Interior, Ministry of Defence or the Republic’s President. The courts, however, were stuck on how to treat someone joining the “separatists” or “armed forces” of an unrecognised state such as the Donetsk People’s Republic. Some thought this could be treated as a case of “mercenary” work but since the pay checks for “serving” in the “separatist” militias were far from lucrative, this looked dubious. The confusion around the pro-Russian, anti-state Czech fighters reigned and produced results such as suspended sentences or army demotions for the individuals concerned who were sentenced in earlier trials. The aforementioned trio, however, were not so lucky as the courts used the clause, in the statute book since 2017, which allows for sentencing an individual for membership of or participation in a “terrorist group.” They interpreted their involvement in the “armed forces” of the unrecognised “separatist” republics as belonging to an illegal group that is targeting, or staging terrorist attacks, against a recognised state – Ukraine. Consequently, the trio were no longer looking at suspended sentences but the threat of up to 20 years in prison. Grund’s case was first – a “separatist” officer, still out “there,” tried in absentia. This was followed last week by Urbánek, again in absentia, an individual with a rich criminal record , allegedly an adopted son of a Czech agent of the Russian security services, and Nováček, who was said to have been “honey trapped” into going to Donetsk but returned and is now facing the prospect of two decades in prison.

The Czech case: a precedent for convicting foreign fighters

As mentioned earlier, the more ideological, in fact – far right, Czech fighters, alongside some other Czechs who are still in Donetsk, are still waiting for their days in court but are likely to similarly be treated and tried as foreign terrorist fighters (FTFs). The Czech Republic is not the first to jail returnees from the conflict in Ukraine or a precursor in handing down sentences for their actions. It is, however, a pioneer as far as severe punishment for war fighting abroad is concerned. To its credit, it is acting whereas many other Central Eastern European countries, which theoretically ban any foreign fighting, prefer to look the other way concerning their fighters in and returnees from Ukraine. As the Czech Republic now not only bans joining foreign terrorist (read: jihadist) organisations, foreign armed forces and foreign militias/groups but also prosecutes both the returnees and individuals still on the front lines in other non-jihadi conflicts (read: Ukraine), one needs to ask – would this be a way for other European countries to follow when they struggle with amassing evidence of armed or terrorist activities of a suspected foreign fighter? Is the Czech approach enforceable and would it have enough support as it would also entail going after not only the jihadist fighters but also those who flocked to Ukraine or into the ranks of the Kurdish formations in Syria? Finally, is the label “terrorism” helpful here as its contentious nature immediately arises (the correct) suspicion as surely not all foreign fighters are by definition foreign terrorist fighters?

The Czech Republic seems to have found a coherent approach to an issue which is less pronounced there than in Western Europe. Couple that with a fresh virtual ban on “politically motivated” paramilitary formations (introduced as a bill in early 2021) and it is just possible that outfits such as the Czechoslovak Soldiers are a thing of the past. Of course, all of that does not equal a “ban” on lone actors nor on displays of far right/far left pro-Moscow militancy in the country but should discourage Czechs from wandering the globe in search of a conflict that they would call their own.