As the volume of research on terrorism and far-right extremism (FRE) grows, so too does a corresponding recognition for a need to pay greater attention to research methodology, especially as this applies to participant interviews.

The Case for Methodological Transparency

While participant interviews and other kinds of fieldwork are highly valued when conducting research in terrorism, recent critiques and reviews of the literature have noted that few studies which incorporate interviews with extremists pay careful attention to methodological transparency and consistency.  That is, they tend to neglect specifying methodological procedures and standardized reporting practices. But methodology matters. In a forthcoming chapter in Researching the far right: theory, method and practice (Routledge, 2020), we examine how research in FRE can better clarify its methods and methodological procedures, and we review our own research with former far right extremists as an exemplar for methodological transparency, but also for addressing some commonly discussed problems when conducting qualitative interviews with research participants.  In this webinar series, while we noted that methodological transparency is the cornerstone of good scientific practice, we also emphasized that there should be greater recognition of the difference between qualitative and quantitative methods, in part, because there is often a tacit conflation of standards between the approaches.  Qualitative research, for example, uses purposive or convenience sampling not random sampling, because there is no evidence that the narratives and meanings that provide the focus for qualitative investigation are normally distributed. Similarly, saturation rather than representation defines sample size in qualitative research.  Saturation does not reflect the number of participants, but rather the quality of participants and how fully they can describe the phenomena under investigation. Consequently, the validity of qualitative results comes not from capturing every variation across a population, but rather from capturing the full range of variation within an experience. To be clear, we support methodological pluralism. But too often, we believe, qualitative approaches are assessed either explicitly or tacitly by quantitative standards of validity and reliability. The result is that the potential contribution of qualitative studies to research on terrorism and far-right extremism is diminished.

Our own research on the processes of disengagement and deradicalization among former far right extremists is a qualitative analysis of participant interviews in which we attempted to maintain standards of methodological transparency and consistency.  To recruit participants, we used convenience and snowball sampling, and to guide our interviews we developed eleven semi-structured questions. The semi-structured interview format allowed us to query our participants according to our research questions while at the same time allowing our participants to co-constitute the interview process since we remained open to where the dialogue might take us. From among several established qualitative approaches, we selected thematic analysis (TA), which in general, falls under narrative study.

Thematic analysis is a rigorous, six-phase, procedure for identifying and relating themes in textual data. The approach begins with an intensive engagement with the recorded and transcribed interviews (or textual data). This step is more than an intellectualized activity.  It requires what has been called “empathic dwelling” in which researchers literally feel their way into the other’s experience.  In general, we take a semantic approach to theme identification. We begin with explicit meanings – that is, understanding what participants say in their own terms. At the same time, however, we are attuned to latent content – contradictions and reversals within narratives that are often outside participants’ awareness. The second step of TA is a coding process. Codes are the building blocks of the analysis – they identify the most basic elements of meaning. In the third step of analysis, codes from all the interviews are collated, sorted, and assembled into broad themes. During the fourth step of analysis, potential themes are reviewed and refined.  Both the third and fourth steps are a recursive process that requires constant movement from the part to the whole and back again. Gradually a holistic understanding of how the themes relate to each other begins to take shape. The fifth step of TA creates a thematic map of these relationships. From this map comes, in the sixth step in TA, an overall narrative structure for the interviews.

The Challenge and Opportunity of Researcher Reflexivity

There are four of us in our research group, and so from time to time, we find ourselves at odds regarding the meanings at stake in the interviews.  Such discrepancies in interpretation are to be expected because, from a methodological perspective, all researchers – whether using a qualitative or quantitative method – approach the data with their own set of preconceptions, which invariably influence how research questions are framed and how data is interpreted. This inescapability of researcher reflexivity suggests that a perspective-less perspective is impossible, and less a limitation on qualitative methodologies, as those who privilege quantitative methodologies often suggest, than an opportunity. Consequently, qualitative researchers are more concerned to identify preconceptions than to try to eliminate them, because such preconceptions can enable understanding. For example, at moments when our research group experienced discrepancies, we acknowledged how each other’s preconceptions might be influencing their interpretations and then we challenged each other’s interpretation by how well they accounted for the data. This challenging was crucial because, as each of the group members came to understand what the others saw, the result was a more nuanced and deeper analysis of the text in which a fuller understanding of the participant’s lived experience emerged.

This dialogical hashing out in order to refine interpretive meanings in poly-vocal data has critically important implications for the conception of validity in qualitative research. Validation in qualitative research should be conceptualized as coherence rather than verification. The question is not whether researchers have discovered the one “correct” interpretation in relation to the text and verified it against an empirical “reality.”  The question is whether there is coherence among the interpretations, researchers’ preconceptions and questions, and the meaning constraints of the interview data itself. Indeed, not all interpretations are equal. Interpretive verification yields what phenomenological philosopher Paul Ricoeur called qualitative probability.  Interpretations should not be possible constructions. Rather, they must be more probable than other interpretations. Hence, it is possible to argue for or against interpretations or to arbitrate among them. In many ways, our research group resembles a friendly court, in which we listen to evidence, put interpretations regarding our data set to the test, and make judgements. We think co-generating research findings in this way serves fidelity to research validity.

Qualitative research and findings offer important access to the lived world of meaning as experienced by participants. Such methods should stand on their own as legitimate forms of research and as reliable methods of attaining knowledge, while also being critically examined from their own epistemological framework. In this view, the researchers’ preconceptions are not a liability or something that method must bracket (as one might see in quantitative procedures). Preconceptions properly identified can facilitate the very process of understanding itself. Hence, qualitative research demands a rigorous examination of the intimate relationship among participants’ lived experiences as revealed in the data, the researchers’ own assumptions and biases, and the hermeneutic process of understanding that emerges between the two. 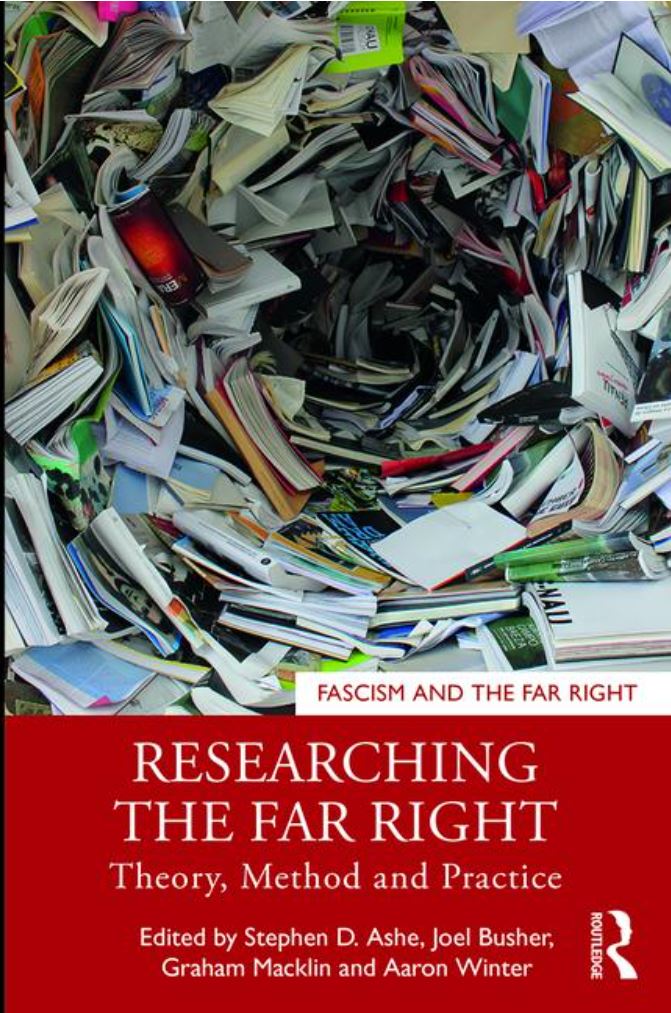 This essay is excerpted from a longer chapter, “Methodology Matters: Researching the Far Right,” which is forthcoming in the new Routledge Studies in Fascism and the Far Right volume, edited by Stephen Ashe, Joel Busher, Graham Macklin and Aaron Winter: Researching the far right: theory, method and practice.

The arguments were presented as part of the C-REX and PERIL webinar series 'Researching the far right: method and ethics'.