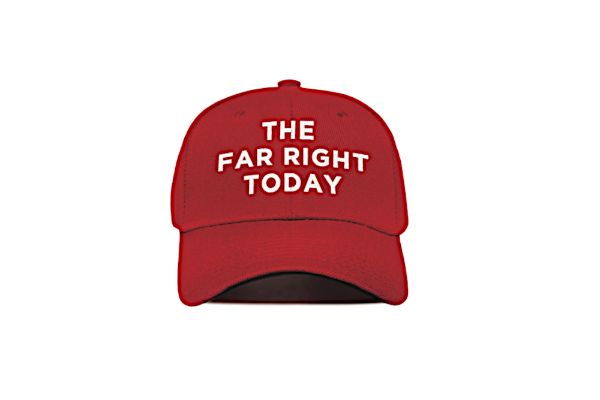 Cas Mudde’s book remarkably summarizes decades of research on the radical and extreme right, emphasizing the contemporary, post-2000 far right. The book targets a non-academic audience, “people who follow the news, are concerned about the rise of the far right, but feel that media accounts provide too little detail and insight, while academic and non-academic books are too complex or simply too long” (p.4). However, it is similarly useful for scholars, not only because it succinctly reviews up-to-date research findings, but also because it illustrates how an academic could convey a clear, convincing argument not only to peers, but also to other interested audiences. Skilful balance between avoiding complicated scientific jargon and oversimplifying complex political matters makes The Far Right Today as enjoyable to read as an academic book can aspire to be.

Mudde’s overarching argument is that the contemporary far right differs from its pre-2000s antecedents by its mainstream and normalized nature. Mudde, whose Twitter account aptly summarizes his main observation (“used to study fringe politics, now study mainstream politics”), argues that previously marginal groups and ideas have successfully infiltrated the political mainstream. In some countries, the far right is in power, and in others, it sets the agenda, influencing, however indirectly, public opinion. Opportunism of mainstream politicians and sensationalism of the media have normalized former taboos; politics and media have, however unintentionally, become increasingly accommodating to “conservative-turned-populist radical right” (p.124) discourse. Reflecting on his earlier work – beyond just citing it – Mudde elaborates not only on findings that hold true today, but also on observations that have proved somewhat naïve. Mudde urges us to adapt to the new reality where fringe politics are the new normal.

One of the most exemplary features of the book is its impeccable coherence. The book compiles the answers current research has to various questions on the far right, including its ideologies, leaders/supporters, causes, consequences, possible responses, etc., in well-structured chapters. The main argument on the main- 10 streaming and normalization of today’s far right is supported by an array of evidence from around the world and is reemphasized throughout the book. The last chapter briefly recaps the main takeaways.

Importantly, the book starts with defining relevant terms, since much of the fuss over far-right mobilization stems from the fact that few seem to grasp exactly what the fuss is about. Mudde clarifies labels applied repeatedly and interchangeably to the far right and concepts accepted as common knowledge, as well as their evolution. For example, he traces the origins of the left-right distinction in politics and their transformation from socio-economic to socio-cultural dimensions. In addition to definitions, the historical overview of far-right mobilization gives context to the rise of the contemporary far right, enabling the reader to take a step back and re-evaluate the sensationalism often surrounding the topic.

Mudde sets out to “give an accessible and concise overview” of the contemporary far right (p. 4). He tries to cover as much depth and (geographical) breadth as possible. Still, The Far Right Today remains focused on the populist radical right in the West. The title and the first two chapters (History and Ideology) suggest the intention to cover the contemporary far right, including its extreme and radical manifestations. Moreover, Chapter 3 delves into different types of far-right organisms, discussing an impressive variety of cases. But further in the book, focus is on the populist radical right, rather than the wider far-right movement or its extreme, extra-parliamentary manifestations.

Mudde himself mentions the aim to depict far-right diversity, but adds that “emphasis will be on the most important ideas, organizations, and personalities of the contemporary period, that is, populist radical right leaders and parties” (p.8, emphasis added). This is somewhat understandable, given space limitations and the understudied nature of the non-party sector (Castelli Gattinara and Pirro, 2019). Yet, given the increasingly important role of extra-parliamentary extreme-right politics, delving into the wider social movement, instead of focusing almost exclusively on party politics, would make for a more thorough account of today’s far right.

In addition to populist radical right parties, the book also focuses on the Western world, that is, (Western) Europe and the US. Again, limited existing research on other contexts and on the emergence (or lack thereof) of the far right in other areas may justify Mudde’s focus on the West, especially because, unlike much of the literature on the far right, he does try to be less Western-centric, to some extent elaborating on, e.g., India, Australia, Hungary, and Poland. Given the increasingly heterogeneous nature of today’s far right, a wider geographical scope would make the account more comprehensive.

What distinguishes the book in the literature on the far right is an extensive discussion on different ways to respond to the challenge. Just as there is no one-size fits-all explanation for the causes and growth of the far right, there is no one-size fits-all response to it. Commendably, Mudde discusses the role of not only governments, but also civil society and the media; first, he notes, we need to understand the challenge we face –The Far Right Today is indeed a good start – and then we should respond to it collectively, with all major political and media actors on board, without ignoring the issues the far right feeds on, like immigration and integration.

Finally, what sets this remarkable book apart is the Further Reading section, which helps the reader navigate the swarming literature on the far right and get acquainted with leading works and scholars in the field.

Overall, The Far Right Today is a (semi)academic equivalent of a page-turner. Mudde rationalizes far-right mobilization in a way that takes the edge off those terrified by the sensationalist coverage of far-right demonstrations, featuring tattoo-covered, black-clothed skinheads with combat boots, but also reminds those dismissing the far-right threat of the indirect and long-term impact of the mainstreaming and normalization of the radical and extreme right. The Far Right Today is thus a must-read for students, researchers, policymakers, and those interested in up-to-date research on the far right.

By Tamta Gelashvili
E-mail this page