UiO Faculty of Social Sciences C-REX - Center for Research on Extremism
Main navigation
Back to uio.no
Sub navigation Menu
News and events > Blog > 2019 > Politics through the media? The Defend Europe campaign and the Identitarian movement in Europe

Politics through the media? The Defend Europe campaign and the Identitarian movement in Europe

As mainstream parties brought immigration back to the political debate, the identitarians have been rather successful in seizing the opportunities made available to them, writes Caterina Froio. 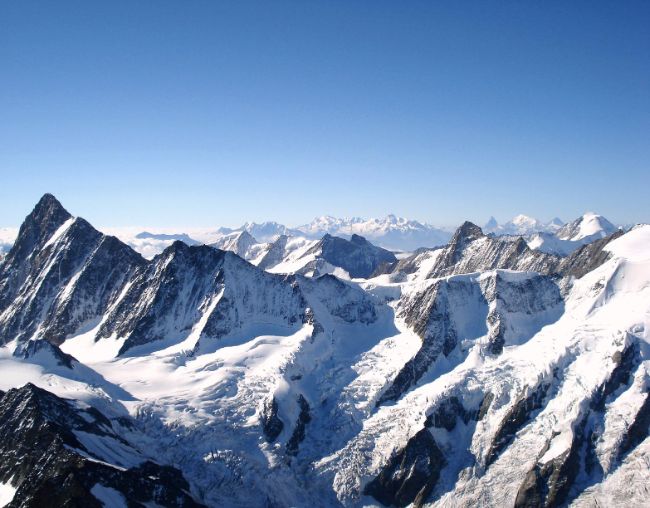 On Saturday 21st and Sunday 22nd April, around 80 activists of the French far-right movement Generation Identitaire (GI, youth section of Les Identitaires formerly known as Bloc Identitaire) went to the Col de l'Echelle, on the Alps, to “materialize” (as they would put it) the border between France and Italy. Wearing blue down jackets with a showy Defend Europe logo, the activists laid a plastic net symbolizing the French-Italian border and deployed a banner calling for its "securitization”. As discussed in a recent study, similar groups often use spectacular mobilization repertoires to increase their media appeal and cope with the lack of crucial organizational resources, most notably activists. While many tend to interpret these events as evidence for the rise of far-right movements in Europe, I believe that they can at best be appraised as informative of the new ways of doing politics through the media of memberless non-established far right organizations.

The politics of branding and happenings

Achieving public visibility with limited organizational resources is a challenge for all political groups, included far-right movements. To cope with this dilemma, groups like GI have opted for a strategy of branding of their protests, which ultimately take the form of political happenings.

In political communication, branding is a marketing strategy. It implies associating a recognizable logo to any product, service or campaign. Pursuing a successful branding strategy would grant the Identitarians a major edge in the increasingly crowded field of the groupuscular far right. Since its foundation in 2003, the identitarians have chosen their brands with the goal of making themselves and their actions easily recognizable. Accordingly, they avoided conventional far right iconography that could be easily stigmatized (such as the tricolor flame), and preferred stylized and apparently more neutral symbols. This is the case of the Lambda, used in the logo of GI, which represents endurance (as painted on the shields of the Spartan army), or the black boar of Les Identitaires, inspired by the cover of the book “Why do we fight?” by the extreme right thinker Guillaume Faye, and intended to symbolize resistance against Islam.

Happenings, instead, are artistically orchestrated performances. They are crucial in the mobilization strategies of the Identitarians in that they allow them to convey political messages without having to recur to confrontational actions or physical violence. Such events usually bring together a limited number of activists (as in the case of the event on the Alps), who record themselves and broadcast their actions online especially via Facebook, Twitter and YouTube, to "make the buzz" – as they say. Differently from what some specialists of extremism and the internet argue, for groups like the Identitarians the social media seems to be more crucial to stage protest and set out their public profile than for recruitment. Defend Europe is in fact just one case among the many spectacular happenings organized by the Identitarians in recent years. To name just a few, in November 2012 GI performed a short occupation of the roof of Poitiers’ mosque. In June 2010, they organized an aperitif called “Saucisson-Pinard” (sausage and cheap wine) in a neighborhood in North East of Paris having an important Muslim population. In March 2010, the Identitarians interupted a hallal-fast-food in Villeurbanne, close to Lyon, wearing pig masks.

While these actions illustrate the strength that these movements have acquired in shaping media attention, they also hint at their intrinsic weakness. On the one hand, in fact, thanks to their highly performative character and simplified message, these actions arouse controversy in the media, further expanding the visibility of the identitarian movement in the French and European public sphere. On the other, however,

they also stem from the inability of these groups to mobilize large numbers of people through more conventional channels of political participation, either in the protest or electoral arena.

One specificity of Identitarian activism is the branding of transnational campaigns. In the last few years, a number of groups directly inspired by the French GI have appeared across Europe, most notably in Italy, UK, Austria and Germany. While often composed of only a few members, these groups share the same logo, colors and slogans of the core-organization in France. From 2017, these various sections have come together to promote anti-immigration happenings under the logo “Defend Europe”: a transnational campaign targeting European borders and refugees.

Rather than indicating the rise of a veritable identitarian ‘international’, however, this branding strategy seems to compensate for the weak transnational connections that actually exist among identitarian sections across Europe. The first event of the Defend Europe campaign took place in August 2017, and it represents a case in point of Identitarian politics. In that occasion, GI used a crowdfunding website to rent a ship (the C-Star) and a crew, with the goal of sailing into Mediterranean waters to block the arrival of migrants from Northern Africa. The campaign was a failure from various points of view: the ship was refused access to several harbors in southern Europe, due to protests from local anti-racist organizations. It then had to renounce refueling in Greece and Tunisia, and it was stopped in the Suez Canal for failing to provide a satisfactory crew list. While some crew members were arrested for human smuggling, the C-Star spent only one week monitoring the sea off Libya, ultimately experiencing an engine failure, and having to rely on a German NGO vessel operating in refugee rescue missions. Nevertheless, the organizers deemed the campaign a “success” primarily because of the “enormous” media coverage it received.

A quick look at data from the French news agency Agence France Press in Graph 1 confirms that the overtime media presence of the identitarians has increased in recent years, thanks to similar media stunts. The Identitarians receive highest media coverage in 2011 (125 press releases) and in 2012 (80). In 2011, press releases deal with demonstrations (or attempts to organize them), like the anti-halal march in Lyon in May 2011, and happenings like the one in Saint-Martin-le-Vinoux (close to Grenoble), where Identitarians’ activists changed the urban signage overnight to denounce the construction of a mosque, calling the village “Saint-Martin-the-Mosque” and renaming streets as "street of Sharia" or "infidels".  In 2012, media coverage mostly focuses on the action on the roof of Poitiers’ mosque. Whether “all publicity is good publicity” is not a question we can answer here; Still, it is clear that the spectacular character of Identitarian protest increases media coverage of a group that would otherwise be ‘invisible’ in the public sphere.

Graph 1. Yearly mentions of the Identitarians by the Agence France Press (2003-2018)

The rise of the Identitarians?

There is little evidence supporting the idea that France – or Europe - is witnessing the rise of the Identitarian movement. In sharp contrast with their visibility in the media, the movement still remains a marginal player when compared to other players of the far right, such as established radical right parties like the Front National. Even within the field of migration politics, the identitarians have to face the competition of these actors, as well as mainstream right-wing parties politicizing immigration-related issues in considerably more effective ways. What is more, the Identitarians do not seem to be very successful as agenda-setters either. Rather than imposing their issues in the agenda, one often has the impression that they try and seize the issues that others have brought to the fore.

To be sure, it is not the “Defend Europe” stunt on the Alps that has galvanized anti-immigration narrative in France. On the contrary, the action took advantage of the tense debates following the examination of a new controversial bill on immigration and asylum in France. Implemented to deal with the so-called ‘refugees crisis’, according to Eurobarometer data, the law focuses on a topic that was considered a priority by only 14% of French citizens at the time of the 2017 Presidential election (see Eurobarometer 5/2017 and 11/2017). In that occasion, most French were instead concerned about unemployment (50% of respondents).

As mainstream parties brought immigration back to the political debate, the identitarians have been rather successful in seizing the opportunities made available to them. In a context of increasing securitization of border control, their radical approach to migration affairs, and their virulent opposition to refugee arrival, may gain considerable space in the French and European public debate. When discussing far-right politics and anti-immigration protest, observers should thus remain vigilant to the complex political context from which movements like the Identitarians may emerge.

Caterina Froio is Associate Professor in Political Science at ESPOL (Lille Catholic University). She is also an affiliate researcher to the C-REX (University of Oslo) and to the CEE (Sciences Po Paris). Caterina’s research interests are broadly in European politics, with a special emphasis on political parties, agenda-setting dynamics, right-wing extremism and radicalism, and the internet. Since 2016 Caterina is joint convenor of the European Consortium for Political Research (ECPR) Standing Group on Extremism & Democracy. Her publications are available here.