EUREX project coordinators and participants are well represented at the ECPR General Conference in Hamburg 22-25 August 2018. 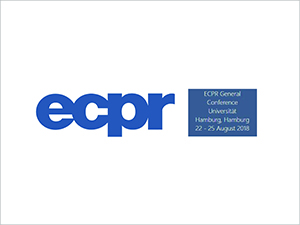 It is often claimed that governance relies increasingly on academic experts and expertise, what can be referred to as the expertization or scientization of policy-making. But to what extent is this grand diagnosis confirmed by empirical data? Is expertization really taking place, and how does it stand up against competing trends such as the politicization of policy-making or the democratization of knowledge? The panel investigates these issues by examining expertization processes over time within different advisory bodies. It raises the question of how such processes can be properly conceptualized, mapped and compared across countries, institutional settings and policy areas. The changing reliance on academic expertise is traced using both quantitative and qualitative data. The panel also explores the empirical trends in light of normative debates on technocracy and de-politicized decision-making.

The Role of Experts in Policy-Making: Bridging the Gap Between Normative Theory and Empirical Analysis
Johan Christensen and Cathrine Holst

While scholarship on the role of experts in policy-making is growing rapidly, a disconnect is visible in the literature. On the one hand, there are sweeping diagnoses of ‘technocracy’ or ‘epistocracy’. These grand diagnoses often lack a clear empirical basis and disregard the conflicting realities on the ground. And they assess expertization as

either good – typically for decision quality – or bad – typically for democracy, disregarding the complex task of normative justification under conditions of reasonable pluralism. On the other hand, empirical studies of the involvement of experts in policy-making often allude to the implications for democracy but rarely address this issue in more than a cursory way.
The paper seeks to bridge this gap between normative theory and empirical analysis. Based on different reasonable conceptions of democracy, it develops indicators of legitimate expert involvement in policy-making that can be assessed empirically. These indicators are applied to the involvement of experts in policy formulation through advisory bodies. The paper analyzes an extensive new dataset of Norwegian ad hoc advisory commissions appointed by government covering the period 1972-2016 and including about 1500 advisory commissions.

Our study traces the competing trends of an expertisation and a democratization of modern governance within the Norwegian system of ad hoc advisory committees (Norge’s offentlige utredninger – NOU). We track changes over time by conducting in-depth qualitative studies of different ‘NOUs with a history’ within gender equality, tax and climate policy, which have deliberated on similar issues and share some of the same members. We ask: Have NOUs recently become expertised? Do we see signs of democratization of the NOU system? What kinds of claims have gained relevance? Which actors have come to dominate?
Both expertisation and democratization pressures can manifest themselves quite differently in empirical institutions. Building on debates within science and expertise studies as well as governance and policy analyses, we want to map and explore the different expressions and shadings of the two normative concepts. As expressions of an expertisation we distinguish ‘stakeholder professionalization’ from ‘scientification’ and ’technocratisation’ of expert committees. As expressions of a democratisation, we separate a ‘participatory turn’ of committee-based governance from ‘closer socio-political ties’ of these institutions.

Policymakers do not merely have problem solving and knowledge-production in mind when they invite experts to participate in expert groups, inquiry commissions and other policy-advisory bodies. Rather, a growing literature on experts’ role in policymaking suggests that politicians are likely to seek advice that fulfills governmental and partisan aims and ambitions. However, this paper argues that present scholarship does not explicitly theorize how experts involved in policymaking can be subject to political control. It asks: How do political-administrative actors retain control over policy formulation when it involves external experts? Theoretically, it suggests that insights from the ‘politics of delegation’ literature within public administration scholarship can help us to understand and conceptualize the question of political control. Empirically, it attempts to identify control patterns by studying Norwegian public advisory commissions and applying a data set on commissions appointed between 1972 and 2017.

Denmark has - as the other Scandinavian countries - a long corporatist tradition according to which interest groups are integrated into policy preparing and implementing processes. During the latter decades an increasing number of committees have also had experts as members. Their presence and role are much less well analyzed than the role of interest groups. The paper traces the use of experts in these Danish commissions for the period 1980 through 2017. What type of experts are used for what type of committee work? Are they present in particular policy fields or are they scattered over a number of fields. And may be most importantly: What is the role of experts in committees? To what extend do they play the role as true experts, bringing scientifically substantiated knowledge into the policy process. And to what extent are they there in order to legitimize decisions that are deeply political?