Why Do Anthropologists Need Programming?

Anthropology students at the Department of Social Anthropology learn coding: "Knowledge of what makes us human is a prerequisite for the development of new technology". 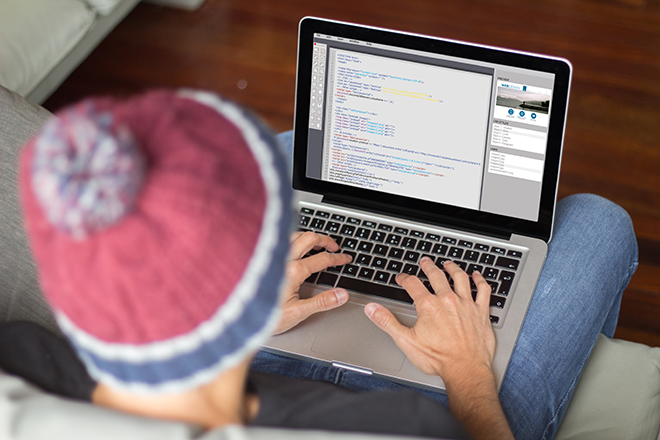 While Eirik Anfinsen was writing his doctoral thesis at the Department of Social Anthropology, he was also helping to further develop and scale up a publishing platform for digital teaching materials.

“During the day I worked on my thesis, and in the evening I wrote code,” he says.

Today, Anfinsen is a project manager at the Deloitte consultancy. Even though he is not as actively involved in new development as before, he firmly believes that programming skills for anthropologists open up many new opportunities.

“Anthropology goes to the heart of service development,” says Anfinsen.

When he joined the consulting sector, he discovered how much activity was centred on design thinking.

“Consultancies and public organisations both seek to build up expertise that anthropologists would call ‘ethnography light’. What do people need? How do they use the solutions? It’s about seeing things from the end users’ perspective,” says Anfinsen.

“Who could be better at this than people trained in this particular type of study?” he asks.

According to Eirik Anfinsen, the combination of insight into the world’s social complexity and general programming skills means that a skilled anthropologist who is also digitally competent can make a unique contribution to the professional world.

“I’m close to many environments engaged in service development. We’re now gaining a greater understanding of the importance of taking a broader approach to development processes and programming. A product and service are always built up on the basis of a specific solution for the end user,” says Anfinsen.

He emphasises that hardcore programmers are needed for the heavier, more technical elements, but that there is a clear growing professional interest in involving people with an anthropological background when new development is discussed.

“If the anthropologist also has technical expertise, this will facilitate the communication between the technical executers and the people undertaking the contextual investigations,” says Anfinsen.

Every Tuesday, a group of around ten anthropology students meet up virtually. The Anthroprog student group was started up last year, and is a low-threshold service for students who are keen to explore the points of intersection between anthropology and computer science.

Loraine Vlasblom and Jørgen Amundsen are part of the group.

Vlasblom has just started the second semester of the bachelor of anthropology programme. Even though she does not have a lot of programming experience, Vlasblom comes from a family with an above-average interest in data.

“My brothers are programmers and my dad is a computer expert. I grew up with computer games. But I'm not very good at programming,” she says.

Fortunately, no prior knowledge is required to join the group. Vlasblom explains how Anthroprog brings together people with programming skills at all levels. Using an online learning program, the group practice their skills by completing various assignments. This is mainly in the programming languages Python and R.

“It's a social club, and not too serious. To put it this way, there’s a lot of chat,” Vlasblom says.

She describes how programming activity to a great extent involves processing statistics packages.

“You can use code to create an application that can move data from one location to another. One member of the group has created a website with data on Covid-19 in Kosovo, with statistics that are not published by the authorities. He’s a kind of computer activist,” Vlasblom says.

“But you can also do completely different things. I aim to build a website to arrange my wedding,” she adds.

Man and the machines

Jørgen Amundsen is on the last semester of his bachelor's degree in anthropology. As part of his course of study, he has taken a 40-credit group in computer science. He also studied natural sciences in upper secondary school. Jørgen opted for anthropology because he found the anthropological method really exciting, and open.

“You can study what you find most interesting. In my case, this is computer science in addition to anthropology. I'm taking a computer science course this semester that is about understanding people. The message is that it’s important for you as a programmer to know something about the people who will use the program you’re developing. But this goes both ways, I think. If social anthropology is to stay relevant, as anthropologists we need to understand how the digital platforms work, and we need to learn the tribal language in a modern context,” he says.

Amundsen describes how programming can also be used as a practical tool in anthropological research.

“You can use programming to scrape information from the internet. Twitter scraping, for example. You can get your computer to scrape all tweets within a geographical area or that are related to a specific theme, and then create analyses based on this data. Doing this ‘by hand’ would take much too long,” he says.

Loraine Vlasblom and Jørgen Amundsen are in no doubt: Being able to do some programming is a smart skill to have in 2021, no matter what you work with. Nevertheless, they find it difficult to recruit new members for the student group.

“Maybe not all anthropology students are this interested in technology? Maybe they think that technology is separated from human beings in some way?” Amundsen asks.

“I think that new technological developments are forcing anthropologists to rethink both method and the resources we have available, in terms of classical field work. I hope more and more of them will realise this,” he says.

“They overlap a bit. Today, many people communicate and live their social lives on digital platforms. An anthropological perspective on this form of human activity, too, is important,” she says.