Rapid economic growth is driving up demand for real estate in India. New research reveals the techniques Indian authorities are using to transfer land from poor farmers to rich investors. 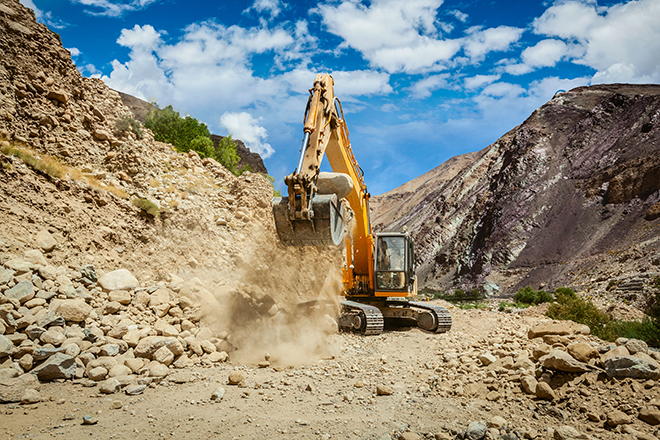 Before the COVID-19 pandemic struck, India was one of the fastest growing economies in the world. Growth has been driven by large investments, rising consumer spending and increased exports. Economic growth always leads to increased demand on the property market. Property developers need land to build homes, factories, commercial buildings, etc. The demand for land for commercial development is currently higher than the Indian authorities have been able to meet.

Associate professor at the Department of Social Anthropology and India expert Kenneth Bo Nielsen recently published an article in the prestigious Journal of Peasant Studies, analysing the shortage of land in rural areas in India. Together with Solano da Silva and Heather P. Bedi, Nielsen investigates the mechanisms the Indian government is using to make new land areas available on the property investment market.

“In the past few years, we have seen some quite drastic attempts to throw ordinary people off the land they farm and live on – at the national level and all the way down to the individual city councils,” says Nielsen.

Using the law to take land by force has become the norm, explains the anthropologist, but it comes at a high political price.

“There have been brutal violent protests among farmers and locals in some places. There have even been cases of people being shot or imprisoned, and embroiled in political processes that they can’t get out of,” he adds.

Cash Under the Table

However, it has become increasingly difficult for the Indian government to use this method. In the article, the researchers investigate other, more subtle land-grabbing mechanisms.

“For example, we have looked at so-called planning processes, whereby the authorities reclassify land into new zoning categories,” says Nielsen.

He outlines an example based on his own research in the state of Goa.

“Let’s say I am a capital-rich investor who wants to build a hotel: once I have found a suitable piece of land, all I need to do is visit the local minister and ask if the zoning classification of the plot can be switched from agricultural to commercial. And this is where corruption comes in. The minister might say it’s a very complicated process, but that he might just be able to do it if I slip him some cash under the table. The farmer then sells the land, not knowing that the area's zoning classification will be changed shortly afterwards,” Nielsen says.

In this way, connections arise between the state authorities and investors that result in people systematically being deprived of the added value that occurs when land is reclassified. According to the anthropologist, these kinds of practices have been going on in Goa for some time now.

“After a while, people started having access to Google Maps and could suddenly see that agricultural land and natural areas had been replaced by hotels all over the state, and the protests flared up again. Unfortunately, it didn’t take long before new methods started to appear,” says the anthropologist.

According to Nielsen, it seems that every time a covert land-grabbing mechanism is uncovered, a new one is invented.

“We have seen enormous creativity from both the local state authorities and investors in terms of finding ways to circumvent the regulations the central government has put in place. In the end, the processes have become so complex that it is very difficult for ordinary people to find out about the changes before it is too late,” says Nielsen.

This phenomenon in India is part of a much more widespread trend. In the article, the researchers refer to the ongoing “global land grab”: Over the past decade, we have seen how structural adjustments, neoliberal reforms and the opening of markets have been key drivers of land grabbing, allowing corporate entities to gain control of land and/or its resources.

“We have seen similar processes in Africa too, where China is buying up land, and in Latin America, where large investments from local and international agribusiness have led to a renewed concentration of land and capital, at the expense of small farmers,” says Nielsen.

According to the anthropologist, the consequences of this type of land grabbing are marked by a high degree of social injustice. Nielsen points out that by making it easy to take land away from people who have little and give it to those who already have a lot, the state is facilitating a development process that has major negative social repercussions.

“We want to shed light on these processes. This is a case of redistribution of resources upwards through the social tiers. We want to show how bureaucratic processes, both formal and informal, are supporting this kind of injustice,” Nielsen says.

According to the anthropologist, the administration of land areas is not as rational and neutral a bureaucratic process as many people would like to believe.

“Access to and use of land represent an unparalleled sphere of power, where bureaucrats and investors wield a variety of forms of power through their planning documents. We cannot regard land-use planning and zoning as technical, rational processes that run automatically. Power comes into play at every stage.”

Read the article "Land Use Planning, Dispossession and Contestation in Goa, India".