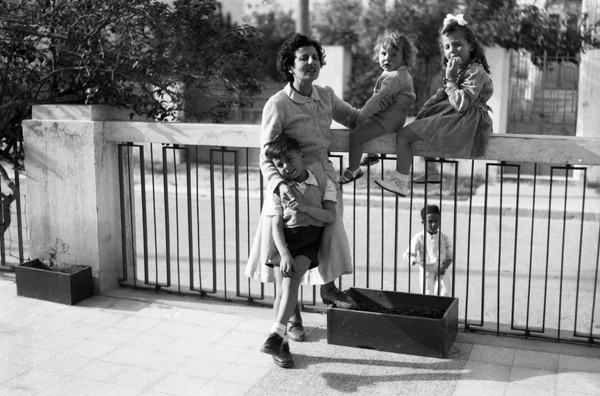 Bel Suol d’Amore – The Scattered Colonial Body is an artistic interpretation of the collections of the former African Colonial Museum now in storage at the Museo delle Civiltà and represents a first step in a broader process of reflection on the collections and the history of Italian colonialism that continues in the following months with a number of initiatives. The intention is to offer new perspectives and visions on aspects of the Italian cultural heritage as yet little explored.

This exhibition is the result of a collaboration between the artist Leone Contini and anthropologist Arnd Schneider to identify and work with sites of contested colonial heritage in Italy. During the course of the last 6 months, they have investigated the collections of the former IsIAO - Istituto Italiano per l'Africa e l'Oriente (The Italian Institute of Africa and the Orient), including the former African Colonial Museum. Dispersed across the Italian capital, they constitute a ‘scattered colonial body’ – hidden, little known and almost forgotten, and just as the country’s colonial history, the subject of an apparent amnesia in Italian society. What once was for late 19th and early 20th century liberal governments, and then for the Fascist dictatorship, regarded as a glorious colonial empire, has since the end of World War II fallen into oblivion, and only occasional controversy (between apologists of colonialism and those demanding its critical historical analysis, including racism, repression of indigenous populations, and war crimes).

Although it is based on research in museum collections (often hidden away in depots or, in any case, inaccessible to the public), as well as family collections and archives (including those of the artist whose mother was born in Tripoli), this exhibition does not pretend to bring new ‘facts’ to live, but rather intervenes into the debate in other ways. It makes ‘visible’ (at least in part) the dismembered and scattered body of the collections of the former IsIAO. It aims to provoke new thinking and provide insight into the serendipitous research process where the private and inter-subjective have met in unexpected ways – for instance, in the encounters of the artist with employees of the National Museum of Prehistory and Ethnography “L. Pigorini”, who incidentally shared with him colonial (and post-colonial) family histories as settlers in Libya (one of the former Italian colonies). In fact, during the course of the research, the work with former Italian settlers in Libya became more important and included also the exploration of their foodways, in particular couscous - a dish adapted from the colonized country.

A central focus of the exhibition are the facial plaster masks, executed during expeditions by Italian anthropologists to Libya, in the 1920s and 1930s, among them Lidio Cipriani (a Fascist and supporter of scientific racism who in 1938 was one of the signatories of the ‘Manifesto della Razza’). For the facial plaster masks, Contini and Schneider decided to re-construct them as 3D copies, which would permit them to be taken out of the museum depots- for instance, to use in discussions. The procedure re-enacts and deconstructs the original act of appropriation from the colonial subject. With the process of scanning (repeated as a performance during the opening of the exhibition) and subsequent 3D-printing, Contini and Schneider wanted to invoke a process of ‘reanimation’ of the colonial subject who comes ‘alive’ as a simulacrum, and whose agency had been repressed through the colonial regime, and the often forced and violent ‘impression’ of plaster to obtain the facial mask.

Now that a large part of the ISiAO collections has been incorporated by the Pigorini Museum as part of the Museo delle Civiltà, a number of activities will be initiated, in order to create a future exposition that will include a critical reappraisal of material culture within the history of Italian colonialism and relate to current post-colonial debates.

Leone Contini’s work is located at the crossroads between art and anthropology. His practices include interventions in public space, exhibitions, lecture performances, textual and audio-visual narratives.

Arnd Schneider is Professor of Social Anthropology, University of Oslo.