- People feel that social media is somewhere they live

“Why We Post” is a project about the use and consequences of social media. Professor Danny Miller and his team have studied users around the globe, resulting in surprising conclusions. The recording of his lecture at UiO is now available.

- Ignore glib claims that we are all becoming more superficial or more virtual because of social media. What is really going on is far more incredible, says Miller.

The recording of his lecture at UiO in November is available here.

He is a professor in Anthropology at the University College London and the leader of the project “Why we post”, where nine anthropologists each spent 16 months living in field sites across the world to study the use and consequences of social media.

The researchers lived in towns in China, Turkey, Chile, Trinidad, England, Brazil, India and Italy. Each researcher focused on the same themes around the world and gave the team a unique opportunity to compare with each other.

During their work, the researchers experienced that social media gave them intimate insight into the worlds of Chinese factory workers, young Muslim women on the Syrian/Turkish border, IT professionals in India and many others.

I believe that the most important discovery in the project is that almost all the general claims made about social media have to be rethought in the light of the considerable differences we found between our nine field sites, says Miller.

The professor did his own field work as part of the project, and tells us about emotional encounters with the people he met.

- For me the most poignant aspects of the entire project was the work that I did one day a week with patients from a hospice most of whom had received a terminal diagnosis, but were glad to be asked their advice about something as future orientated as the potential of new media for the future work of the hospice. I recently published a book about this researched called “The Comfort of People”.

The researchers made several exciting discoveries:

Miller believes that the methods and practices of Anthropology makes the discipline ideal for studying social media. The anthropologists lived among the people at their respective field sites for 15 months, because as all anthropologists know – it takes time to build trust.

- Much of the content of social media is quite intimate conversations within families and it is hard to imagine how anyone could gain access to all this content except through the long-term trust built by anthropologists, says Miller. 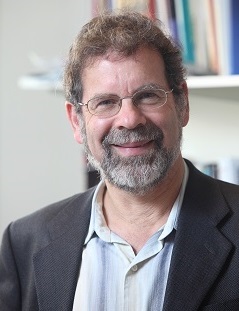 He is certain that future anthropologists will need to use social media in their projects.

Social media has become such an integral part of people's daily life that actually it is hard to imagine future anthropological projects that won't have to incorporate the study of this topic within their fieldwork, says Miller.

Miller will hold his lecture at November 21, as part of the lecture series in honour of Eilert Sundt.