The GO-project aim at revealing biological and cognitive risk factors of dementia. Specifically, identifying such risk factors early in the dementing process will allow for developing strategies for intervention. 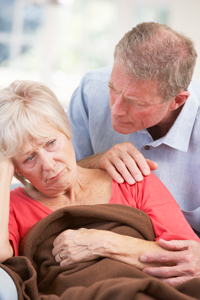 Patients who are referred to the respective memory clinics with mild signs of cognitive deficits (MCI) undergo a standardized protocol of neuropsychological tests, brain imaging, cerebrospinal fluid analysis, and clinical evaluation. They are followed up bi-annually with repeated assessments and conversion to dementia is monitored.

The neuropsychological projects have focused on relation of test findings to subtle changes in brain structure measured with MR scanning. We have explored the hypothesis that MR indicators of reduced white matter fiber connectivity may be among the earliest signs of brain changes that may lead to dementia.

Whereas deficits in memory (amnestic MCI) has been much studied as an early stage in development of Alzheimer’s disease, cognitive deficits may be found in several types of functions.

We plan to study patients with both amnestic and non-amnestic deficits and their risks of developing different types of dementia.

If the cognitive profile turns out to be associated with different pathophysiological processes, reflected by biomarkers, different treatment strategies will probably be indicated.

The project is a collaboration between memory clinics at the Oslo and Gøteborg university hospitals and the departments of psychology at the respective universities.