President Biden is seeking to entice Americans into adopting a green economy by offering subsidies and tax benefits. However, political ideology could stand in the way of America's first climate bill having the effects that Biden is seeking. 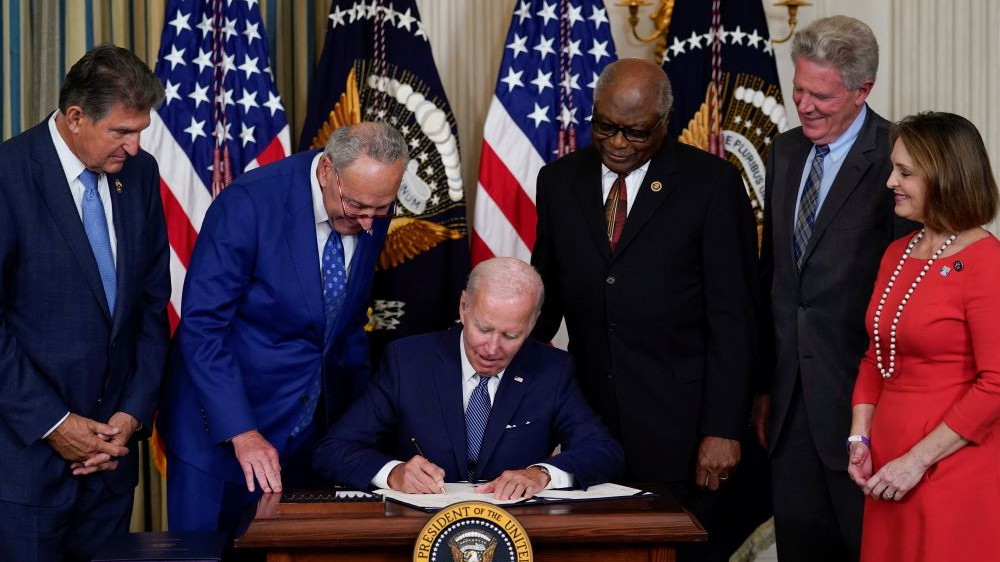 After 18 months of hardship and defeat, the Biden administration's climate policy suddenly gained traction during the latter part of the summer this year. In August the president signed what is being referred to as the USA’s first climate bill.

"This legislation is historic," says Professor of Political Science at the UiO, Tora Skodvin.

Thirty years have passed since the USA joined the UN Framework Convention on Climate Change and it is only now that American climate legislation is being enacted. This bill is special because it consists mainly of positive economic instruments.

"Americans are being enticed into adopting a greener economy with grants, tax benefits and other subsidies. These measures will provide almost USD 400 billion in investments in green energy and other climate measures spread over ten years. This is the largest ever allocation of federal funds for combatting climate change," says Professor Skodvin.

Experts and environmental organisations are very optimistic about the bill's importance in reducing emissions.

"For example, Harvard University's REPEAT project believes that the measures will cause the country’s demand for fossil energy to drop for the first time in its history. They estimate that the bill could contribute towards a 42 per cent reduction in greenhouse gas emissions from 2005 levels by 2030, compared to a reduction of approx. 27 per cent without the legislation”, says Professor Skodvin.

Under the Paris Agreement the US commitment is a 50 per cent reduction in emissions from 2005 levels by 2030.

Political ideology could prevent the climate bill from having the effects that Biden is seeking.

"The climate issue is highly polarised in the US and green subsidy target groups may choose to reject it for political reasons," says Professor Skodvin.

"For example, we saw that a large number of Republican states refused to take advantage of the highly favourable health insurance scheme, Medicaid, when they were given the opportunity to do so under the Obama administration's health care reforms. There are still as many as twelve states that do not wish to take advantage of this offer for political reasons," she continues.

"The most important thing in the climate bill is probably the fact that it clearly defines CO2 emissions as being air pollution. This provision allows such emissions to be regulated within the framework of the US Clean Air Act, says Professor Skodvin.

The Clean Air Act was first adopted in 1963 and has been authorising federal regulation of air pollution since 1970. The question of whether CO2 emissions can be considered as air pollution is crucial as to whether or not the President can instruct the US Environmental Protection Agency (EPA) to regulate such emissions in accordance with the law and it has been doing the rounds in the courts since the early 2000s. This question has now been settled by the formulations that have now been incorporated into the new climate bill. The bill responds to a Supreme Court ruling in June this year when it was concluded that the President could not instruct the EPA if CO2 was not explicitly mentioned as being air pollution by the legislators.

"Now the President can instruct the EPA and CO2 regulations can be enforced. These provisions can therefore help to give the new climate bill a bit of “clout", says Professor Skodvin.

Calls for national expansion of the power network

If emissions are to be reduced in the manner sought by the American President, the US transmission network – i.e. high-voltage power lines that transport energy from producers to consumers across the country – must undergo more rapid development.

However, expansion of the power network falls under the jurisdiction of the individual states and if it is to be expanded across state lines then the affected states will need to agree.

While such developments are in the nation's interest, many of the states affected would only be "transport stages" for a power network from which they will not directly benefit, but for which they will nevertheless have to bear some of the costs. As in Norway, few people in the USA are interested in having “monster masts” in their local environment or in their scenic surroundings," says Professor Skodvin.

"Although it might be possible to find solutions to these challenges, it is highly unlikely that such could happen in time to achieve the stipulated emission reductions in less than ten years.”

Midterm elections will be decisive

"This autumn's midterm elections are therefore of great importance for the viability of the climate bill. If the Republicans succeed in regaining majorities in both chambers of Congress, many of the climate bill’s provisions could be left hanging by a thread,” Professor Skodvin points out.

However, the importance of this legislation for the green transition in the USA is not just dependent on the political composition of Congress. State legislatures, governors and state attorney generals could all influence implementation of the bill.

"The final fate of the new climate bill is therefore far from sealed," says Professor Skodvin.

The text is based on Tora Skodvin's text in Morgenbladet October 30 2022 (Norwegian text, for subscribers only)