The global illegal drug trade has been valued at more than $300 billion per year. The production, spread and consumption of drugs is estimated to make up around 1 percent of the world's GDP. In Norway, as in much of the Western world, drug offences are also the leading cause of imprisonment. But who are punished for these offenses? How is the illegal drug economy organized? What is the symbolic meaning of drugs like heroin, amphetamines and cocaine? What kind of stories do smugglers and large-scale drug dealers tell? And what policies can be formulated to deal with the costs and consequences of illegal drugs? 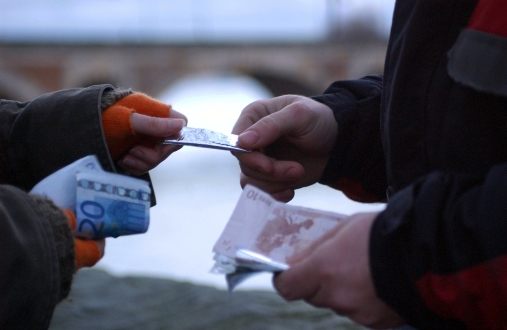 Studies of street-level drug dealing, on the other hand, emphasize the importance of marginalization and exclusion. Studies from both the U.S. and the Nordic countries reveal how street-level drug dealing can be understood as a response to socioeconomic marginalization. In this project we explore the structure of the illegal drug economy and the trajectories of the actors involved.

We are also interested in the cultural and social aspects of drug use and the narrative dimension of both drug use and drug dealing. We seek a better understanding of drug use by analyzing the life stories of drug users. Interview data allow us to explore how and why some individuals begin using and dealing illegal drugs - and why some are able to quit. Public representations of drug dealing and how they influence both policy outcomes and actors in the illegal drug economy are also under scrutiny.

We have conducted qualitative interviews with 70 imprisoned drug dealers in Norway. They were interviewed in six different prisons. All interviewees had experience with drug distribution in some form, and the sample covered a broad spectrum of drug offenses, from lower-level heroin dealing to large-scale, international smuggling of cocaine, amphetamine and heroin. Most of those interviewed had long histories of substance abuse, and amphetamines or opiates were their primary drugs of choice.

The project period is from 2012 to 2015. "The project is connected thematically and organizationally to the NFR-funded research project Cannabis: Subculture, Economy and Social Marginality

Victor Lund Shammas (MA Sociology) is in charge of organizing data collection and coding, and he plays a key role in coordinating the project.

Detailed list of participants
Department of Sociology and Human Geography