Norwegians from minority backgrounds would like to see more awareness of minorities in society according to a sociologist: “White people do not perceive the colour of their skin as meaningful”. 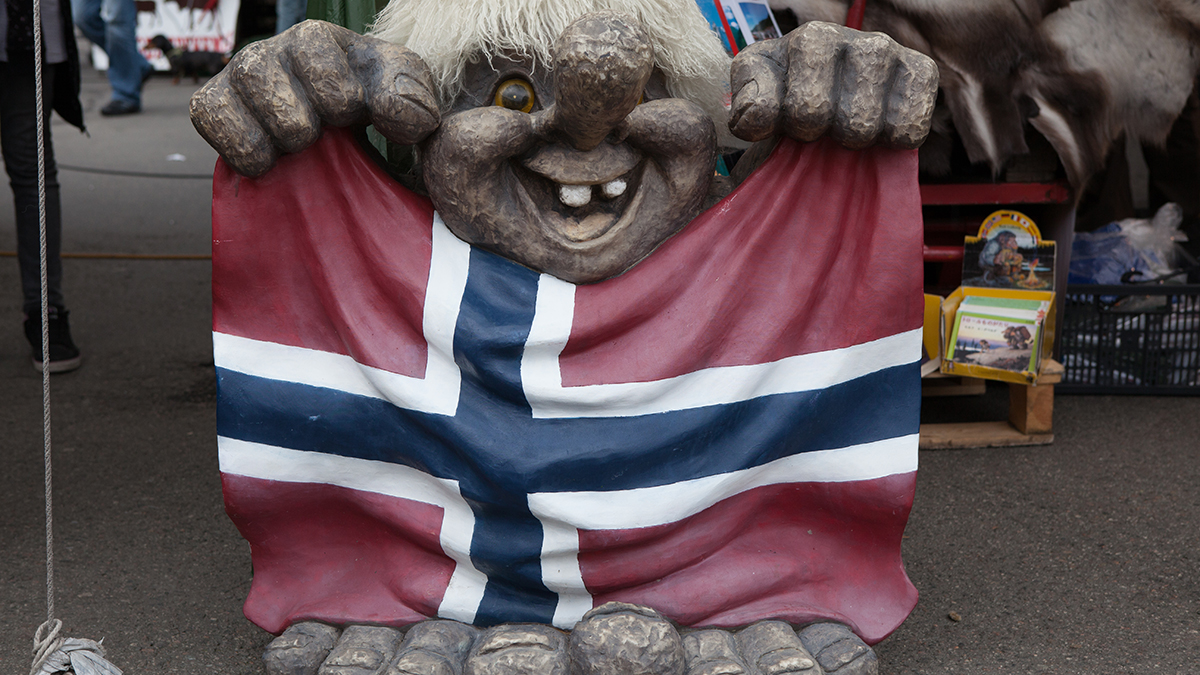 Norwegianism: Norwegians often use terms about nation when they actually mean color, according to a sociologist: - An unfortunate effect of this language use may be that those who have a skin color other than white are not really considered Norwegian. Illustration photo: Colourbox.

“Lejla” was born in a country in the Balkans. She moved to Scandinavia as a child and to Norway as an adult.

One day, one of Lejla’s colleagues insisted that she had brown eyes. “No, I don’t,” was the reply from Lejla, whose skin was lighter than many of her colleagues who had been born in Norway. “Yes, you do,” the colleague insisted. “But look at me, I don’t have brown eyes,” Lejla said and continued “my eyes are a bluish-green”. Upon closer inspection, the colleague had to accept that Lejla was right. “But the rest of you is so dark,” the colleague said.

Laura Führer has written a doctoral thesis on race, skin colour and everyday racism in Norway. She has conducted interviews with Lejla and 32 other parents of young children in Oslo, with and without immigrant backgrounds.

The sociologist believes that Lejla’s story reflects how we automatically put people into categories based on stereotypes: A “foreigner” has dark hair and dark eyes.

“Her colleagues at work had not really seen her as a person. They had simply seen a foreigner,” Führer says.

Nevertheless, she explains that most of the examples from the study reflect the opposite situation, that the participants do not look particularly Nordic and are therefore faced with the question: “Yes, but where do you really come from?” Several of them state that they feel and identify as Norwegian but that this is not recognised by others.

“The question “Where do you come from?” is not necessarily asked in every single situation but it could potentially be asked in every situation. For that reason, this is a topic that is always relevant,” Führer says.

One of the main findings of the thesis “The Social Meaning of Skin Colour” is that Norwegians often use terms relating to nationality when they refer to skin colour. The participants in the study have found that many Norwegians will use the term immigrant when they mean brown, for example.

The sociologist notes that one unfortunate effect of such use of language can be that those whose skin colour is not white are not really considered Norwegian.

“I think it is unintentional, most people do not want to cause any harm. But we use terms like immigrant because we are uncomfortable talking about skin colour,” Führer explains.

“How can we talk about differences without offending each other? My thesis is about uncovering the power structures we are partly unaware of. I believe we need to understand these structures in order to change them,” she says.

As in other European countries, racial categories and explicit vocabulary linked to race disappeared from Norwegian discourse in the decades that followed World War II. Nevertheless, Laura Führer believes that the concept of race lives on in contemporary attitudes to belonging, culture and religion.

She notes that terms such as ethnic Norwegian and ethnic minority show that the concept of race remains in use.

“The term ethnic minority is virtually exclusively used to refer to non-white groups, while we also maintain that the word ethnicity, in itself, refers to national background. But wouldn’t this mean that we could also refer to an immigrant from France as an ethnic Frenchman?” Führer asks.

“But we don’t, because ethnicity is really about skin colour," she says.

The sociologist believes that the same logic applies to the term ethnic Norwegian. Some of the participants in the study stated that they used the term as a substitute for white skin colour. This shouldn’t really make sense,” according to Führer.

“But when I asked people what they meant by ethnic Norwegian, I expected the term to act as a demarcation from other European countries. For example: We are ethnic Norwegians, we are not Swedish or Polish. But that is not how the study participants used the term ethnic Norwegian. There is a strange duality in the term, which is not adequately recognised in public discourse,” she says.

"After all, it is more difficult to be aware of an absence of something".

Skin colour as a category of difference

Several of the study participants report that they think about people who are dark-skinned or not from Europe when they hear the term immigrant. Even though the word simply refers to someone who was born abroad and has moved to Norway.

Laura Führer notes that this is the case for several words and concepts intended to say something about a person’s relationship to the nation: ethnic Norwegian, foreigner, minority.

“I find that connotations relating to colour are linked to all of these terms. The way in which the words are currently used in everyday language means that skin colour is both conveyed and obscured as a distinguishing category,” the sociologist says.

One example she would like to highlight from the thesis is the way in which we refer to immigrants serving time in Norwegian prisons.

“Several of the study participants said that they generally assume this relates to brown, black or non-European people, even though an immigrant can also be someone from Sweden or Eastern Europe. When the authorities report these figures, they are based on who actually is an immigrant, i.e. someone who was born abroad and has moved to Norway,” Führer says.

She notes that perceived crime among non-white people is overrepresented when these figures are interpreted in everyday language as synonymous with brown, black or non-European.

“This is an example of skin colour being both conveyed and obscured at the same time.”

“Camila” is one of the participants in Laura Führer’s study. Camila was born in a country in South America but grew up in Norway. People frequently compliment her on her excellent Norwegian language skills. “Yes, thank you, you too!” tends to be Camila’s retort.

“For Camila, this is rather an absurd compliment to receive. People clearly do not expect her to be fluent in Norwegian and to speak without an accent and these situations therefore serve as a sort of reminder that people see the colour of her skin and form opinions about how Norwegian she is based on her skin colour,” Führer says.

According to the sociologist, white people do not perceive their skin colour to be meaningful in the same way as they do not face similar situations. Instead, they have an absence of negative experiences linked to their own skin colour.

“And this is an absence people are unaware of. After all, it is more difficult to be aware of an absence of something. Hence, we also do not reflect on the everyday experiences of non-white minorities,” Führer notes.

She believes that the public authorities need to find a way to recognise that people experience their everyday lives differently, while also agreeing that there is no real difference between people.

“The study participants state that skin colour matters to how they perceive that they are treated by others and therefore also how they have to navigate life,” she says.