The pandemic may result in a fall in birth rate

The corona pandemic may have a greater impact on Norwegian childbirth statistics than previous pandemics, according to researchers. 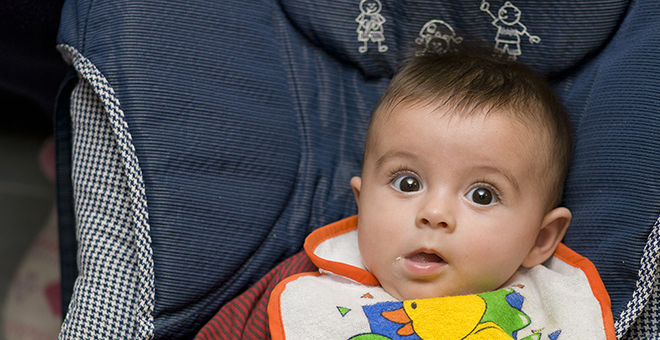 The birth rate in Norway is currently at a record low, 1.53 children per woman. Researchers believe that the consequences of the corona pandemic will result in a further reduction in this figure.

“If we experience a long-term economic downturn, then there is reason for concern. It is possible that young people will not dare have the children they want to have,” claims Professor Trude Lappegård at the Department of Sociology and Human Geography at the University of Oslo.

Not expecting a baby boom

Pandemics and economic downturns have impacted the birth rate before. Together with Research Assistant Axel Peter Kristensen, Trude Lappegård describes the current knowledge held by researchers on this subject.

In 1918, large parts of the world were affected by the Spanish flu – an influenza pandemic that caused around 15,000 deaths in Norway, or 0.6 percent of the population. During the years following the pandemic, a clear decline in birth rate could be detected, followed by a baby boom in 1920.

“At that time, however, Norway was more isolated. This is not the case anymore. An economic downturn in other countries will also impact Norway. We do not believe, therefore, that we will see a baby boom in two years’ time,” says Axel Peter Kristensen.

In his recent Masters’ thesis, he has studied how unemployment affects birth rate. In his analyses of data for all Norwegians in the period from 1994 to 2014, he observed that there was one group in particular that was notably affected by unemployment: those who did not already have children.

For those who already had children, the situation was different. With this group, unemployment appeared to result in a slight increase in birth rate. This applied, however, only to women.

Axel Peter Kristensen and Trude Lappegård do not know why these differences emerge, but they can speculate on the matter.

“If you don’t have a child, there are so many things that have to be worked out. You may be trying to find your position on the labour market, and perhaps trying to buy a house. Unemployment results in uncertainty,” says Trude Lappegård.

She suggests that persons who already have children are perhaps more stable.

“We have good welfare programmes in Norway. It’s not the case here that you lose all your income if you lose your job.”

Axel Peter Kristensen’s main findings are also reflected in other studies. A report from Statistics Norway from 2017, for example, indicates economic uncertainty as an important factor in the fall in first-time births among women.

Similar trend in the Nordic countries

It is not certain that the billion kroner crisis packages introduced by the Norwegian government is sufficient to stop a further fall in birth rate. A study performed by Chiara Comolli and co-researchers, in which Trude Lappegård participated, indicates that different countries increasingly respond in similar ways to economic crises.

“We believe that the Nordic countries in the 1990s had an isolated response, just as we saw after the Spanish flu. But then the Internet and globalisation brought about changes in our relationship with the rest of the world. And this is not just an issue of national economies being more closely linked. Our entire perception of the world has been affected,” says Trude Lappegård.

She makes reference, for example, to international politics and the climate crisis, both factors that can increase uncertainty for Norwegians with a view to the future.

Nonetheless, the Norwegian government should continue its efforts to normalise the Norwegian economy, according to Professor Lappegård. She believes that this has priority over improving what is already good family policy.

“Good family policy cannot compensate for the lack of a safe income. People have to feel that they are able to provide for themselves and their family. There’s no point in receiving plenty of benefits for one year if there is no prospect of work afterwards,” says Trude Lappegård.

She goes on to suggest that politicians should be more aware of how important it is to provide jobs for young people.

“When the birth rate falls, the Minister of Children and Families is always asked to comment. No such questions are asked of the Minister of Labour and Social Affairs or the Minister of Finance. In our view, events within these two latter areas are just as important for the choices young people make.”

A mystery in the Nordic countries

Although economy is important, there are also other factors that affect our life choices, and there is a lot of uncertainty. Researchers are mystified by the fall in birth rate in all the Nordic countries over recent years. This decline has been greater than in other European countries.

Trude Lappegård explains that this was initially and logically attributed to the financial crisis around 2008, but the Norwegian economy in recent years has been relatively good.

“It is possible that people’s preferences have changed towards having fewer children. We’re not sure about this, but Norway will be participating in a major European study this autumn to uncover the answer to this issue,” she says.

Trude Lappegård and Axel Peter Kristensen are also involved in two recently implemented research projects to analyse the decline in the Nordic birth rate. One of these projects is led by Lars Dommermuth from Statistics Norway. This project involves studies of childbirth statistics in connection with economic uncertainty. The second project shall study in detail change in the labour market and social inequality.

They do not believe that Norway will see anything close to the birth rate among our grandmothers in the near future. Women in the early 1970s gave birth to 2.1 children on average.

“We cannot expect young people of today to have as many children. They are also expected to work, and they want to work. What’s more, many births were random in older generations. Today, most babies are planned.

This is possible with modern contraceptives, which were introduced at the end of the 1960s,” explains Trude Lappegård.

She does not share the concerns of the Norwegian Prime Minister about low birth rates affecting welfare. Neither does she believe that responsibility for this can be attributed to young people, and claims that politicians should rather find other sources of income, or possibly make the unpopular choice of cutting welfare.

“My main concern is that we will end up with a society where young people do not feel that they have the opportunity to have the children they want. This would imply an unhealthy society.”