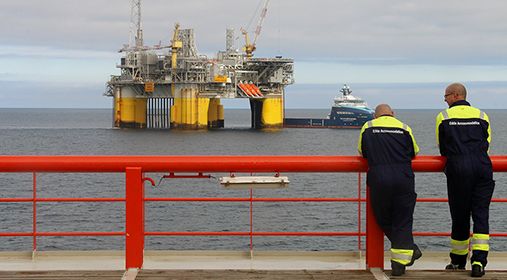 Employees in the petroleum industry believe that environmental challenges can partly be resolved by technological progress rather than by winding up operations,” says researcher David Jordhus-Lier.

This article was originally published in Norwegian at www.forskning.no by The Research Council of Norway.

Global and Norwegian climate emissions must be cut – quickly. This will require major changes to be made in all walks of society.

According to Professor David Jordhus-Lier at the Department of Sociology and Human Geography at the UiO (University of Oslo), there is one particular reality that we will need to address sooner rather than later: some people will lose their jobs.

“It is obvious that the green shift is creating losers,” he says.

He thinks that it is difficult to predict what the labour market will look like in the future. Apart from the green shift, a lot of things are happening in the fields of automation and digitalisation which will have a major impact on how we work in the future. Now that the world is having to reduce the use of fossil fuels, there will be no long-term job security for people working in the oil and gas industry. 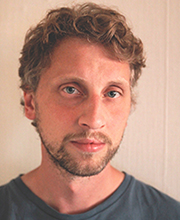 “The jobs of oil workers will be particularly at risk during the green shift. This applies to offshore personnel, employees in the supply industry and anyone else whose job is dependent on the industry. We are talking about several hundred thousand people,” says Professor Jordhus-Lier.

He is the head of a research project which is investigating how employees and their representatives in the petroleum industry see their own roles in the transition to a renewable society.

Although the data collection process is in its early stages, we have asked Professor Jordhus-Lier about the impressions they have acquired to date.

“Are employees working with fossil fuels against an aggressive climate policy?”

“Previous research has shown that oil workers are generally more sceptical about climate policy than most people, although this mainly applies to those aspects of climate policy that directly affect their own job security. Our talks with employees’ representatives in the oil industry have confirmed this impression,” he says.

He also says that oil workers are often frustrated by the fact that they are not taken seriously in debates about the environment and climate.

They are regarded as being in denial and procrastinating about climate issues, something which they do not feel applies to them. On the contrary. They feel that they have already contributed a lot towards the green shift.

“Many of them feel that they are constantly involved in the reorganisation of their own jobs and in adapting energy systems and work processes out in the field,” says Professor Jordhus-Lier as he refers to the fact that major progress is being made on reducing climate gas emissions when extracting oil and gas from the Norwegian continental shelf.

“There is a huge contrast between these circumstances and the images presented to the public of the same group, where they are portrayed being opposed to and blocking climate measures,” he says.

Believe in technology, rather than closing down the oil industry

Professor Jordhus-Lier has noticed that oil workers are as concerned about the environment and climate as the rest of the population.

“Most oil workers are both knowledgeable about and committed to climate issues. No-one has any doubts about the fact that oil will eventually run out. Nor do they doubt that there will be major changes in the way energy is produced. The debate concerns how this transition will be driven forwards and the premises which will apply,” he says.

Generally speaking employees in the petroleum industry are optimistic about the technology involved in the green shift. They think that our environmental challenges will be resolved by innovations in the market and technological progress, and not primarily by reducing consumption or state-run winding down of the oil industry.

“This is the only road which is regarded as being acceptable and consistent with secure jobs and the future of our welfare society. The understanding of oil workers about the climate is based on things like carbon capture and storage, offshore wind power and the use of natural gas serving as a bridge between oil and renewables,” he explains.

This group also feels particularly provoked when politicians and organisations propose setting a deadline for the extraction of oil and gas on the Norwegian continental shelf.

According to Professor Jordhus-Lier there are several reasons for this, including the idea that there are no realistic alternatives for securing the revenue and asset-creation that Norway needs in order to maintain its welfare state.

“The employees’ representatives say that basically no-one is sure about the alternatives for the future jobs of oil workers, the sustainability of the national economy and the industrial foundations of local communities. The belief that the Norwegian welfare state cannot continue without petroleum revenue is very strong,” he says.

At another level things are more personal. They think that those who benefit from the assets created by oil workers are basically ungrateful since they are also the ones who support giving them the sack.

“I think that we are basically talking about the fact that others can permit themselves the luxury of deciding that the existence of their livelihood is unjustified, that their jobs can be abolished by making official decisions. What makes this particularly provocative is the fact that they feel that it is the tax revenue derived from the industry and the Oil Fund which is responsible for securing many schemes in the public sector and the welfare state which are enjoyed by those who want to abolish oil extraction.

He also believes that there is a geographical side to this issue.

Decisions are made in Oslo, but their consequences primarily affect southern and western Norway.

“How worried are oil and gas workers about not having a job in the future?”

“The short answer is that this depends very much on what job you have. Many of those whose livelihood is dependent on the petroleum industry are not directly involved in extracting fossil fuels from the ground,” he says.

The value chain and network of service providers consists of engineers, electricians, chefs, transport workers, health personnel and many other professions which are not dependent on oil and gas expertise.

“Workers who do not possess oil-specific expertise are probably in a better position. For example, when we talk to electricians or electrical engineers we gain the impression that they would be able to readjust fairly easily. They believe that they are safe, provided that there are other growth industries where they can work,” says Professor Jordhus-Lier.

However, although many workers might be able to find jobs elsewhere, it is not certain that the conditions would be as good.

“Many trade unionists are concerned that jobs in new, green industries will be insecure and poorly paid with inferior conditions. This could apply, for example, to caterers and cleaners working on platforms or for suppliers,” he says.

A united trade union could play a key role in the implementation of a green shift. However, according to Professor Jordhus-Lier, concerns about the green shift contributing towards inferior security, pay and working conditions indicate that some parts of the trade union movement may have slightly cautious views about climate measures.

“This is presenting the trade union movement with a bit of a challenge. Their mandate is to represent the interest of their current members, while climate changes will primarily affect people in the longer term. Although we are starting to feel the impact of climate changes now, we are talking primarily about a future threat,” he says.

While the Norwegian trade union movement has previously been very good at responding to acute, specific changes in the labour market, the green shift represents a completely different type of adjustment.

“The difference between the green shift and other adjustments that we have experienced is that we are talking about acting today to combat a future threat. It was quite a different thing when the shipping industry, for example, went down for the count,” he says.

Professor Jordhus-Lier also thinks that the case ownership principle, which applies in the Norwegian trade union movement, might be an obstacle. The LO (Norwegian Confederation of Trade Unions) operates on the premise that decisions which affect one industry should primarily be made by whichever union represents trade union members in that industry.

However, the climate crisis is affecting everyone, and there is no single union which could be responsible for environmental matters. Reorganisation would require action to be taken across all industries. This could easily result in friction and conflict between different trade unions.

As an example he mentions the following: “In 2017 some trade union members threatened to leave the LO when the confederation discussed whether or not it should support permanent protection of oil drilling off Lofoten, Vesterålen and Senja.”

Finally Professor Jordhus-Lier warns us about accepting the premise that a direct conflict exists between employment and a sustainable, green shift.

“There could be a real dilemma in some specific situations. In specific regions, and in industries such as those engaged in the production of fossil fuels, these priorities could well conflict. However, if we look at the green shift from a more overall perspective, huge opportunities exist for job creation.

“We will win and lose together,” he concludes.

Read more about the project: