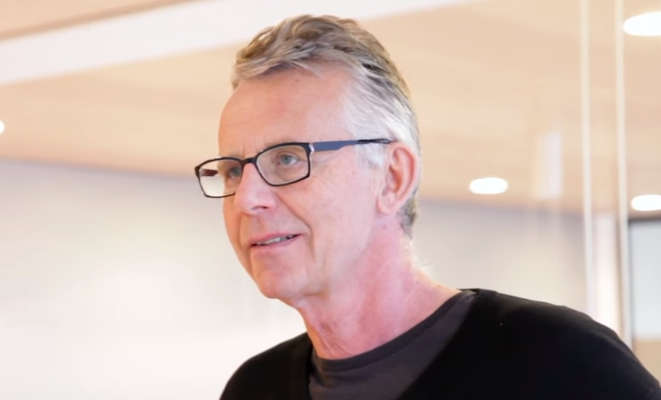 Professor Willy Pedersen believe that the use of drugs will be decriminalized and fewer people will be imprisoned in the future. Photo: UiO

Willy Pedersen, professor of sociology at the Department of Sociology and Human Geography at the University of Oslo, belongs to that first generation who experienced the smell of hash drifting across Oslo’s palace Park (Slottsparken). He was fascinated by this new phenomenon, so much so that the young sociologist's first job, in the early 1980s, was to write a parliamentary report on drug policy.

The Conservative Party of Norway led a coalition government at the time, and the politicians were open to new ideas. But Pedersen was given no influence over the chapter on punishment and control, which was written by the Ministry of Justice.

- In this document they defended an increase in the maximum penalty for serious drug crimes that had been passed in the Norwegian parliament from 6 months to 21 years in prison. It was the biggest change in Norwegian criminal law ever, says Pedersen.

Narcotics, the evil of the time

The lengths of sentences had increased steadily and had been pushed through by a unanimous parliament. At the last increase, Hanna Kvanmo, parliamentary leader for the Socialist Left Party did hesitate, but she eventually voted for the increase too.

Norwegian political parties competed against one another to be the most anti-drug party and they agreed that harsh punishment was the way to go.

- I was surprised by the harshness of the sentences and the dramatic increases in them over just a few years. But drugs had become the evil of the time. Norwegian political parties competed against one another to be the most anti-drug party and they agreed that harsh punishment was the way to go.

Willy Pedersen, too, was no exception at first. It was only after many visits to Akerselva, where the hash dealers conducted their business that he began to question the criminal regime.

One of his early research projects was on the illegal economy around cannabis. In a project funded by The Research Council of Norway Pedersen and his colleagues posed the questions: Who becomes a dealer? What happens to them?

Early in the 2000s, Willy Pedersen sought out young hash dealers along Aker River in Oslo in collaboration with then fellow researcher Sveinung Sandberg, now a professor of criminology. They had to explain to the dealers that they were neither policemen, journalists nor social workers. - It took a while before we were accepted, says Pedersen.

The two researchers found that the cannabis economy attracted some of the most vulnerable boys in the city, most of them from African countries. They had dropped out of school and had experienced racism. Selling hash was a quick way to make money, but dealing led the boys further and further from normal society. The lessons they learned on the streets were brutal and specific to their environment, and would never help them find a place in the legitimate labour market. The boys became both victims and gangsters:

Akerselva was in all ways a dead end, and many of them ended up in jail, with pointless long sentences.

- To survive by the river, you need to know a lot about the illegal economy. You need to be alert and  to know about the police and especially those in plain clothes, and about rival groups of dealers. You have to practice fighting, and learn to take a beating. (From the book Street Capital: Black Cannabis Dealers in a White Welfare State; one of many of the professor’s publications).

- The tragic thing was that these boys had no other capital, either cultural or economic. Akerselva was in all ways a dead end, and many of them ended up in jail with pointlessly long sentences. This was a sure road to lasting marginalization, says Pedersen.

- Our prisons are filled with people like these. There were at that time several international studies of dealers from run down American cities, and if you have seen the television series "The Wire" you understand something about it. But we knew little about how this could happen in a Nordic welfare state. Therefore, the English publisher of our book Street Capital gave it the subtitle "Black cannabis dealers in a white welfare state".

His experiences from Akerselva led Pedersen to question both drug policy and the sentencing levels for drugs crimes. In other countries too, researchers began to publish critical texts.

- In fact, I was not a very early critic. But it did cause a stir in Norway among politicians, the judiciary and among those who worked in treating those with drug problems. In Norway, there was still general agreement on strict penal measures.

We must take part in debate. I stuck my head out and have actually been well treated.

Other researchers were also critical and they asked if he had grounds for his findings and his opinions.

- It was fine. We must take part in debate. I stuck my head out and have actually been well treated.

Willy Pedersen continued to receive funding for his projects from the Research Council, even after his perspective became more critical. New research fellows were appointed, new articles and books flowed and the knowledge base became increasingly broader. Gradually, the drug policy climate also changed. In 2000, Portugal decriminalized the use of drugs, in the U.S. marijuana is now legalized in many states. The UN system is also adjusting its policies.

- For the last four to five years, my opinions have not been particularly controversial, Willy Pedersen sums up.

Today, Willy Pedersen frequently hold lectures for ministries and directorates, for judges in the Supreme Court, for professionals who treat drug addicts and for politicians in the Norwegian parliament and in local politics.

- Youth politicians especially are good to discuss with, as they have more imagination, and they can more easily imagine change, he says.

But also politicians at the national level have referred to Willy Pedersen as an influential expert. It is not easy to document the importance of social research, but in SAMEVAL (Evaluation of research in the social sciences in Norway 2016 – 2018) we can read that both Fredrik Gierløff (The Conservative Party of Norway) and Torgeir Michaelsen (The Norwegian Labour Party) praise Willy Pedersen's role in working to revise drug policy, and that Pedersen has helped to change their parties’ views on this area of policy.

Youth politicians especially are good to discuss with, as they have more imagination, and they can more easily imagine change.

Willy Pedersen has highlighted the power of the illegal drug economy, and has researched socio-cultural aspects of tobacco, alcohol, hash, ecstasy, amphetamine and heroin. He has also shown how the so-called "war on drugs" has helped to marginalize people.

He loves to communicate his work and to meet people.

- As researchers, we always have a lot to learn from others, he emphasizes.

Willy Pedersen's research has been important in a number of fields: For employees in the health, welfare and justice sectors, in civil society, and in politics. His book "Bittersøtt" (Bittersweet) is now in its third edition and has for 20 years been used in the education of policemen, nurses and social workers.

I have been keen to make research comprehensible.

The professor is also concerned with what he calls public knowledge, - that which can change how mothers, children and friends think.

- I have been keen to make research comprehensible. As researchers, our work is very important, not least because we can help shape the stories people have at their disposal to understand what is happening around them, he says.

He emphasizes that coincidences and good timing helped his research gain more importance than both he and others were expecting:

- Society was ready for a change, and the general public was responsive. Both criminologist Nils Christie and lawyer Johs Andenæs had criticized the prevailing policies 20 years earlier, but then the situation was different. They had little impact.

Still in the field

Every year, Pedersen prioritizes going into the field to gather data and to talk to people. Currently, he is working with youths who are socialized into the cultural and economic elites. A theme that runs through his work is that he talks to people who for one reason or another struggle to keep their lives on the right track. As a researcher he uses long-term studies of representative groups of people, surveys and field work among cannabis growers and sellers. Additionally, he employs in-depth interviews with a number of people who have experienced substance abuse - from young party-goers and final year college students to imprisoned drug dealers. Through long-term studies, Pedersen has gained access to data on, among other things, subjects’ finances, schooling, housing, age, parents’ schooling, socioeconomic status and use of psychoactive drugs. One of the studies started when he himself was quite a new researcher, in 1992. The participants were a representative selection who were then in their mid teens. Now they are around 40 years old and these participants' own reporting is linked with appropriate register data. - We are lucky to have such data. Through these registers, Norwegian researchers have an opportunity that few researchers in other countries have.

Willy Pedersen is actively involved in the development of drug policy. He is pleased that today's youth use fewer drugs than was the case ten to fifteen years ago and is currently looking for explanations for this change. He believes that Norwegian alcohol policy has been successful, with strict regulation, the state wine monopoly regime and high taxation. It helps to keep consumption down.

The use of drugs will be decriminalized, and fewer will be imprisoned.

- But alcohol policy is under increasing pressure. Curiously, it is the same powers that will liberalize the sale and use of alcohol that will relax the flawed "war on drugs".

However, Pedersen is most concerned about what is going to happen with drug policy. There will be changes: This most politicians agree on. The use of drugs will be decriminalized, and fewer people will be imprisoned. The police and the judicial system will become less relevant, while the health and social sector will be given new responsibilities. But to make this happen will require good political craftmanship. There will be difficult debates to be had in the future and I want to participate in them, says Willy Pedersen.